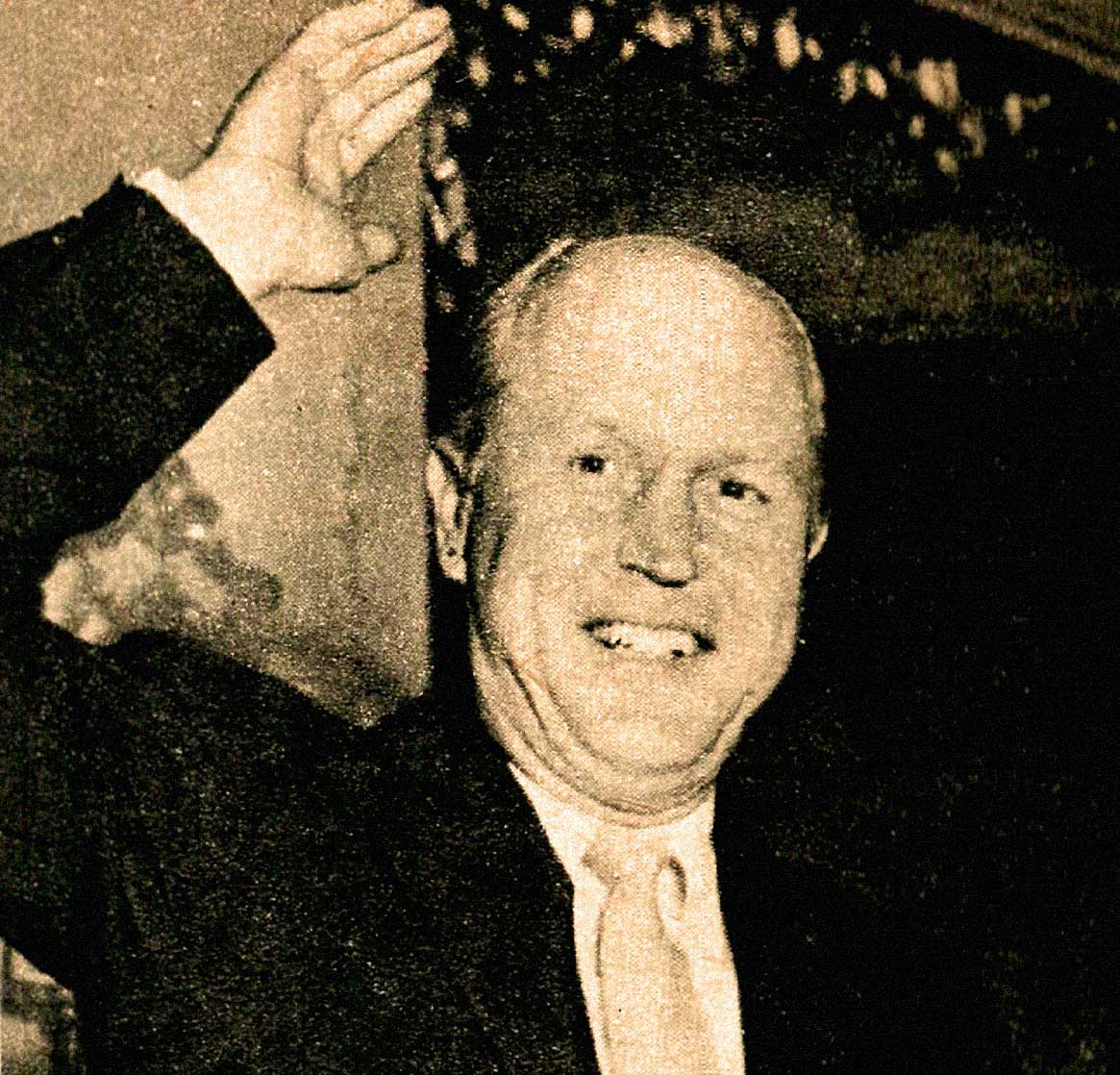 1956 GOP Convention Keynote Speaker Governor Arthur B. Langli - a few words about the state of Republicans.

1956 GOP Convention Keynote Speaker Governor Arthur B. Langli – a few words about the state of Republicans.

Sixty years ago, it was Convention season – The Democrats were getting ready to nominate (for a second time) Adlai Stevenson and the Republicans were staying the Ike. The questions regarding Eisenhower’s health were put somewhat to rest, but the big question was whether or not Eisenhower was going to stay with Richard Nixon as his running mate. There were grumblings within the party that Nixon was a liability and not an asset, and that a better running mate could be found. The possibility that Nixon would be a heartbeat away from the Presidency didn’t sit very well with some in the party.

But there was a lot going on in 1956 – Civil Rights was becoming an issue – the Middle East was undergoing some changes, with Gamel Abdul Nassar now in charge of Egypt and the resurgence of a new Arab Nationalism. The Cold War was attempting a thaw, beginning with Cultural Exchange programs and arms-length cordialities.

But in June of 1956 we were on the eve of the Republican Presidential Convention, and up for questions over the future of the party was keynote speaker Governor Arthur B. Langli, governor of Washington state, during this episode of Meet The Press.

Since we’re slowing descending into Convention season, this 2016, I thought I would start running Conventions and Convention backgrounds, along with party platforms from political conventions in the past. I don’t think there’s any dispute in saying the Republican party of 1956 bears no resemblance to the Republican Party of 2016 – and one could probably say the same about Democrats. The whole political landscape has changed. How it changed has been the subject of heated debate for years – but listening to the GOP positions in 1956 really does give pause to the notion that we’ve gone very far away from the party of Lincoln and into uncharted territory.

But rather that argue the issues and the whys-and-wherefores of our current political landscape, have a listen to where the GOP stood in 1956 – and think about the changes that have come down since then. And have a listen to the ads for Johns-Manville Asbestos products which sponsored Meet The Press – yes, we have come a long way.

Here is that episode of Meet The Press with Governor Arthur B. Langli from June 24, 1956.

And while you’re listening, here’s a reminder that Past Daily is about a lot of different things, a lot of different opinions and views on subjects. In politics we play no favorites, but rather present the people, sides and issues as they were at the time they happened and let you make up your mind. There’s too many pundits anyway – let’s just stay with the unvarnished picture and let you come to your own conclusions. And that’s what we’re all about. And so a couple times a year we ask for your support by asking you to chip in what you can in order to keep Past Daily up and running and offering you all the unique and rare glimpses of history you may not find anywhere else. It’s a rare thing we do, but we do it for a reason; to help you understand history, turn you on to things you may have forgotten and to stimulate conversation with your friends. So, all we’re asking from you is to chip in what you can, by clicking on the link in the box below and making your Tax Deductible contribution to help keep us going and preserving. We’re here because you are, so chip and lend a hand . . .or maybe a Twenty. . . . .