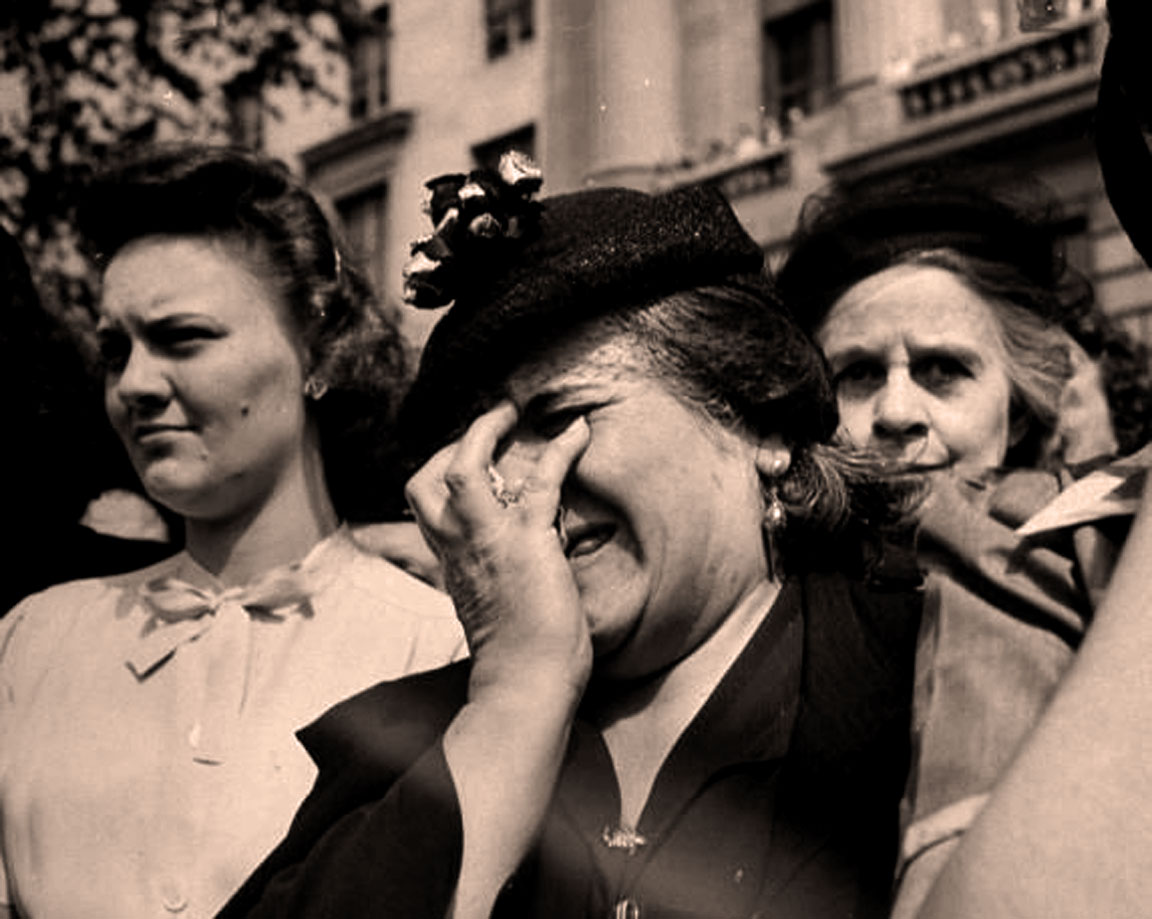 April 12, 1945 – A day that ended considerably different than how it began. In the late afternoon of April 12th, word flashed to every corner of the world that President Roosevelt had died from a cerebral Hemorrhage while vacationing at Warm Springs, Georgia. The President had been in questionable health for a while, much of it kept from the public. But the end came while he was sitting for a portrait painting. The President complained of a sharp, shooting pain in his head and collapsed. Doctors were summoned but FDR was dead within minutes.

As the news spread, shock and disbelief gripped the country. Many believed it was only a rumor. But as the radio flashed bulletin after bulletin, and newspapers rushed to print official word from the White House, the reality began to settle in. And the feeling of disbelief was exchanged for a feeling of “what are we going to do now?” – We were literally days from Victory in Europe and the War in the South Pacific was only months away from ending. How could this happen now?

And a wave of grief swept over the country. Grief and sadness that the Commander-in-Chief was gone. But there was still a war to be fought – and the grief, though profound, couldn’t stop the machinery of War, couldn’t let up for a minute. And as the news reached military bases and battlefronts – the reaction was the same everywhere; stunned grief, but a resumption of fighting.

Here are several reports covering that day from NBC Radio and Mutual – reports and commentators on the situation as it was unfolding across the country. And that’s how it was on this April 12, 1945.