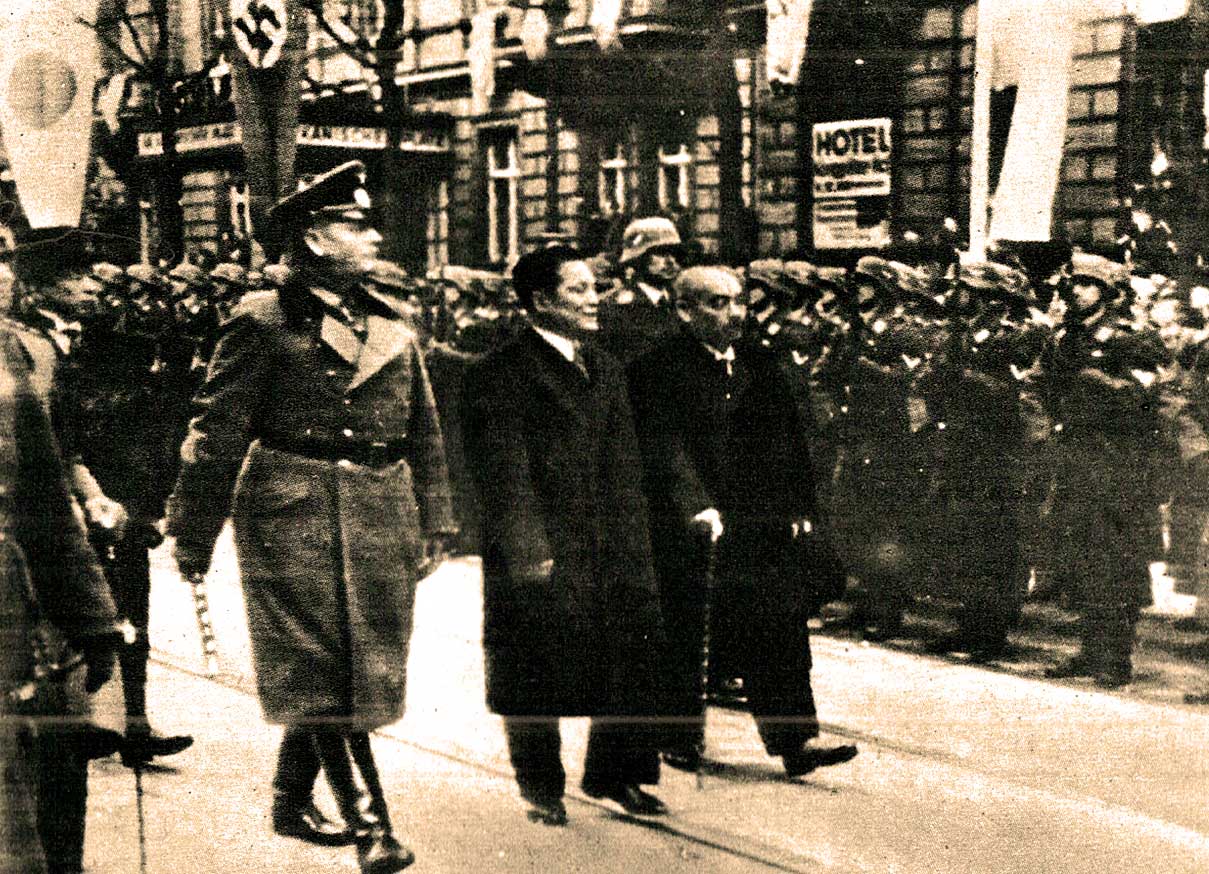 News for this April 14, 1941, the 589th day of War, had much to do with the situation in the Balkans. Yugoslavia fell to the Germans, with Yugoslav resistance scattered and disorganized. The Capital of Belgrade had fallen and remnants of the Yugoslav Army were hiding out along the Adriatic coastline. And in northern Greece, German operations were going “according to plan”. In Africa, the German army was now occupying the frontier area just across the border from Egypt. And German U-Boats sank a British Cruiser of the coast of Iceland. Busy day.

In Berlin – the red-carpet was rolled out for Japanese Foreign Minister Matsuoka. Matsuoka, earlier had finished negotiations in Moscow, where a treaty of mutual friendship and non-aggression had been signed between Japan and Soviet Russia.They also signed an agreement guaranteeing the integrity of Japanese-controlled Manchukuo, and with the Russian-controlled People’s Republic of Mongolia.

The assault on Malta was continuing with German bombers attacking and destroying British planes on the ground, while continuing the relentless bombing of the island itself.

From London, confirmation of a raid by a Norwegian warship on the Norwegian coast the day before. The warship, acting in agreement with the British Navy, staged the raid, and initial reports said the raid was successful, and that details of the raid would be available soon. Fighting between German forces and British infantry units in Greece was largely confined to patrols. But one battle, which involved a German SS division, sustained heavy losses and was repulsed during fighting in northern Greece.

And word from Washington was that Summer had arrived, at least for a while, with temperatures soaring at the Capitol upwards of 90 degrees on this day. It was also the first day of Baseball season and most of Congress was at the opening game and FDR threw out the first ball. Needless to say, there was very little in the way of activity on Capitol Hill, aside from the Easter Egg roll at the White House, attracting hundreds of children in this custom which had taken place since Grant was President.

And that’s a small portion of what went on, this April 14th in 1941 – 75 years ago today, as presented by NBC Blue Network‘s News Of The World.

And while you’re diving into history, please chip in what you can to keep Past Daily up and running and the archive busy preserving and digitizing the thousands of hours of history news, interviews, Pop Culture and Music, which you hear every day. It takes a lot of effort and we need a lot of help – and you can help by either chipping in what you can, and getting a tax write-off, or telling your friends and having them come by and visit. In any event, chip in what you can by clicking on the link in the Box below or clicking on the Fractured Atlas logo to the right of this post. Either one works wonders and it will mean the world to us, and we will be forever grateful for your support. Join the others who have contributed and help us preserve history and keep it alive. You never know what you’ll find out once you visit.