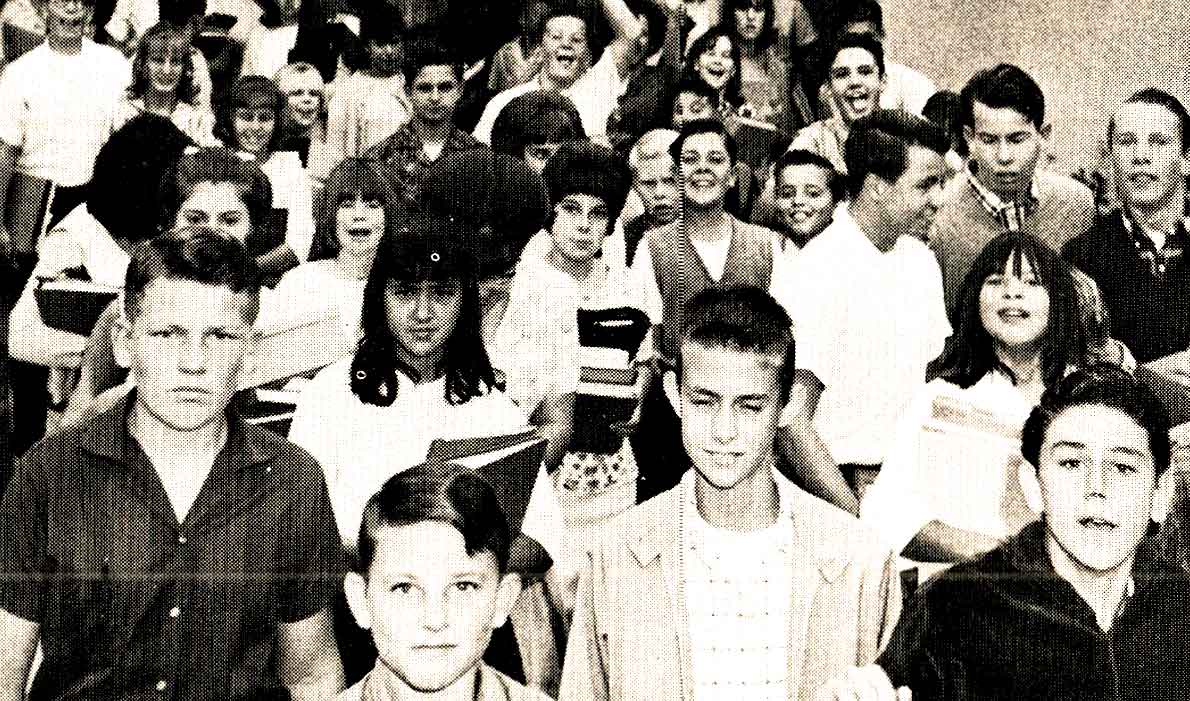 . . .and Summer was going to change your life.

It’s Saturday April 29, 1967, You’re A Teenager And KRLA Is Knee-Deep In A Spring Festival Of Hits.

. . .and Summer was going to change your life forever.

L.A. Saturday, April 29, 1967 – It’s Spring – it’s only 64 degrees out at 2 in the afternoon, so it’s not totally Beach weather. Still, it’s the weekend. If you were like every other Teenager living in Los Angeles on this day, you were listening to the radio – and it was tuned to either KHJ, KFWB, KRLA or KBLA. You heard about FM, but you knew maybe one or two people who had FM radios, usually it was in their parents hi-fi system in the living room, and listening to KPPC with your parents around wasn’t exactly a good idea. Besides, they hated the music you liked, and they were looking at you differently now anyway. If you were a guy, your hair was getting a little longer, and you were always making up excuses why you couldn’t get a haircut. But it wasn’t just your hair that had your parents looking at your differently – they were hearing things, they were reading articles in newspapers and magazines about kids smoking marijuana and taking this thing called LSD, which was rumored to make kids just like you, crazy. If you were a girl, your parents wanted to meet the boys you hung around with, if you hung around with any. If you did know any boys, or any one boy in particular, your parents hated him anyway. In addition to hearing stories and reading articles about teenagers and drugs, they were also hearing stories or reading articles about teenagers and pre-marital sex; lots of pre-marital sex, everywhere – all the time.

But you did have radio; that was your constant. And invariably if you were listening to the radio on this particular Saturday in April of 1967, and it was dialed to KRLA at 2 in the afternoon, you were hearing Johnny Hayes and The KRLA Spring Festival of Hits.

If you did’t have the dubious pleasure of being around L.A. at the time (it was, after all 49 years ago), and you happen to be somewhere between 15 and 18 right now, and your parents hate your music and your friends and are looking at you, convinced you’ve ingested something mind-altering – don’t feel bad. Your parents were very possibly those people listening to KRLA on this afternoon in 1967 and their parents were giving them the very same version of stink-eye.

Will the circle be unbroken? Probably not.