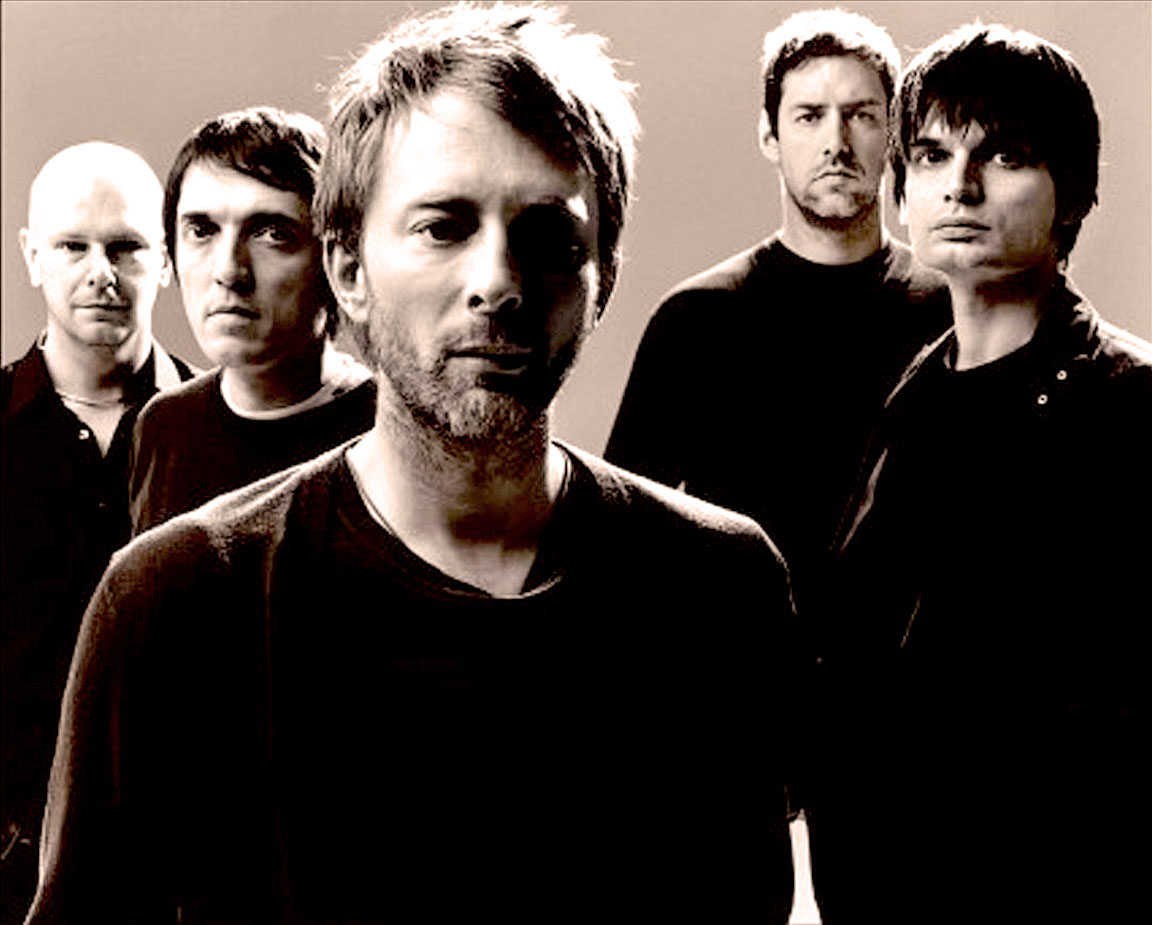 With news of a forthcoming album from Radiohead and a tour starting shortly, and with concert tickets in Los Angeles selling out in less than a half hour and in a little over 5 minutes in Paris, it would be safe to say there is a lot of anticipation and a goodly degree of celebration that one of rock’s most admired and influential groups is hitting the road again.

The speed at which concert and festival tickets went was pretty astonishing, not to mention frustrating and a little dubious to some – baffling and angering no less than Thom Yorke himself, over the potential of some serious ticket scalping. Rumors are already rife that those “extra tickets” may be going for at least $1200 each. Stepped-up precautions over scalping are taking place, but it’s having a double-edged sword effect; preventing scalpers from raking in huge returns from speedy acquisitions, but also preventing die-hard fans who missed out and who would pay any price to see Radiohead, from getting their second chance.

Further evidence human nature is often questionable, and fair is a gathering of farmers and livestock in the country. But what it does indicate, is that Radiohead continues to be a vital and important force in music – a band who haven’t compromised and who continue to reach and explore. That what they have come to represent, is the huge diversity and intricate tapestry of music – that it is capable of being a mass influence, without lowering standards or simplifying messages.

Since we’re in the middle of Coachella 2016 (which is, IMO mostly disappointing), I ran across this 2012 Coachella appearance from Radiohead and thought it would be a good weekend to run it.

Ticket holders for this latest tour are, no doubt chuffed over the prospects – those who missed out; the tour hasn’t started yet and there’s always room for surprises. You never know.

But in the meantime, enjoy this one – if you were there, it’s a memory recall. If you weren’t, or you’re just getting into Radiohead now, here’s some catching up to do.

And, since you’re here – we’re in the midst of our annual Past Daily Spring Fundraiser – we’re trying to convince you that your Tax deductible contribution to keeping Past Daily up and running, and the archive which preserves and digitizes thousands of hours of historic music, interviews, news, and Pop Culture, needs your support. We’re getting into the final days of our fund drive and it’s really up to you to do what you can to contribute and pass the word along about Past Daily and what we’ve been doing the past few years. We’re here because of you – because you love music that matters and history that informs – you’re here because you’re a complicated person who likes a lot of different things for a lot of different reasons – just like us. All we’re asking is for you to chip in what you can, so we can continue giving you the best and the rarest and to do it everyday. All you have to do to make a difference, is to click on the link in the box below, or click on the Fractured Atlas logo to the right of this page (Fractured Atlas is our non-profit) and make your pledge. It’s as easy as that – takes a minute – but lasts a lifetime. So do what you can – and those of you who have already generously contributed, I cannot thank enough. You’re our lifeline.