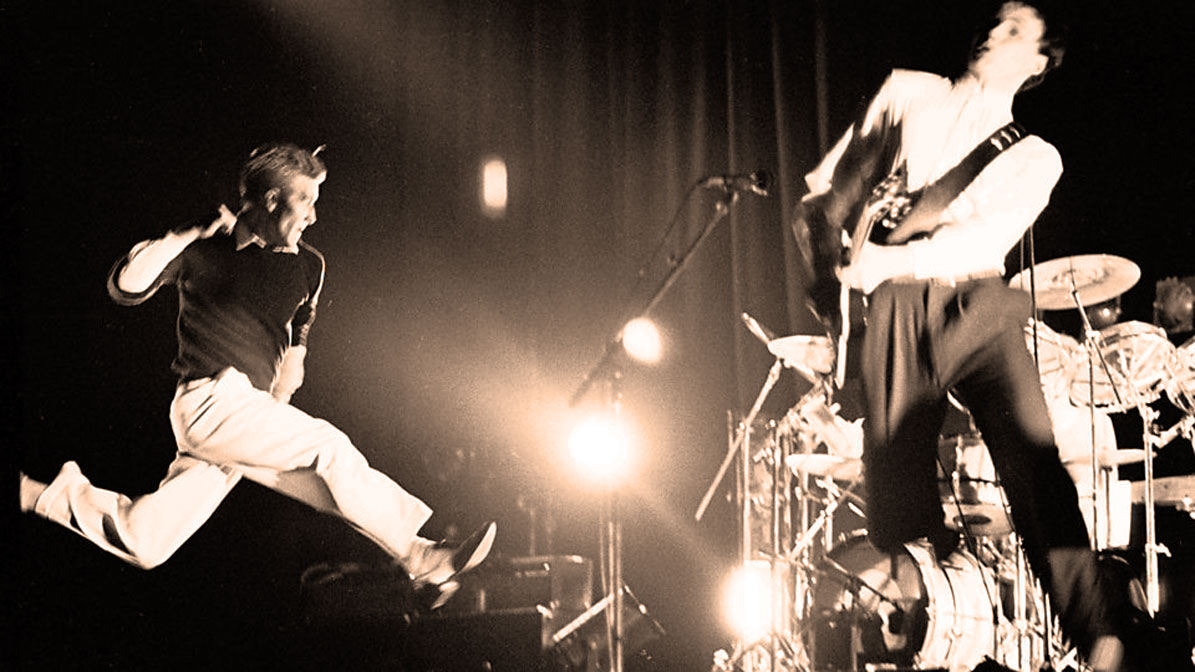 The Skids - Scottish Punk that morphed into many things.

The Skids – In concert 1981 – Past Daily Soundbooth

The Skids – Scottish Punk that morphed into many things.

The Skids tonight. Punk and New Wave from Scotland, The Skids were around a short while the first time – and a short while the second time. During the first incarnation (which took place between 1977 and 1982), The Skids had a fair degree of success, with their 1978 single Into The Valley and their 1980 album The Absolute Game, doing well on the charts and gathering a substantial fan following. They had a successful run until 1982 when lead guitarist Stuart Adamson left the band and returned to Scotland, forming the 80s legends Big Country.

Shortly after, the band split up, reuniting briefly from 2007-2010 before calling it quits for incarnation #2.

Tonight it’s a concert The Skids recorded at Chelsea College of The Arts in London in 1981 for the BBC Radio 1 program Rock Goes To College.

You may not remember them, but they were definitely part of the Punk movement in the late 70s, and got a considerable amount of positive press and loyal audiences. With four albums to their credit and a dozen singles which placed on the charts, The Skids were a well-known band in the UK, not so much in the U.S.

Here’s a memory jogger for you if you were around in the late 70s and Punk played a big part of your life. Play loud.

And while you’re listening, please chip in for our Past Daily Spring Fundraiser. We only do this a couple times a year and we need your support in order to keep Past Daily up and running and the archive busy preserving and digitizing the thousands of hours of rare broadcasts, news, concerts, interviews and Pop Culture you hear on this site every day. We rely on your tax deductible donations to keep us going, and it’s people like you we depend on for keeping us up and alive and delivering the best that history has to offer. So please, click on the link in the box below – or click on the Fractured Atlas logo located to the right of this page, and chip in what you can – no amount is too small. We need your support and we’ll be here just as long as you are. I promise.