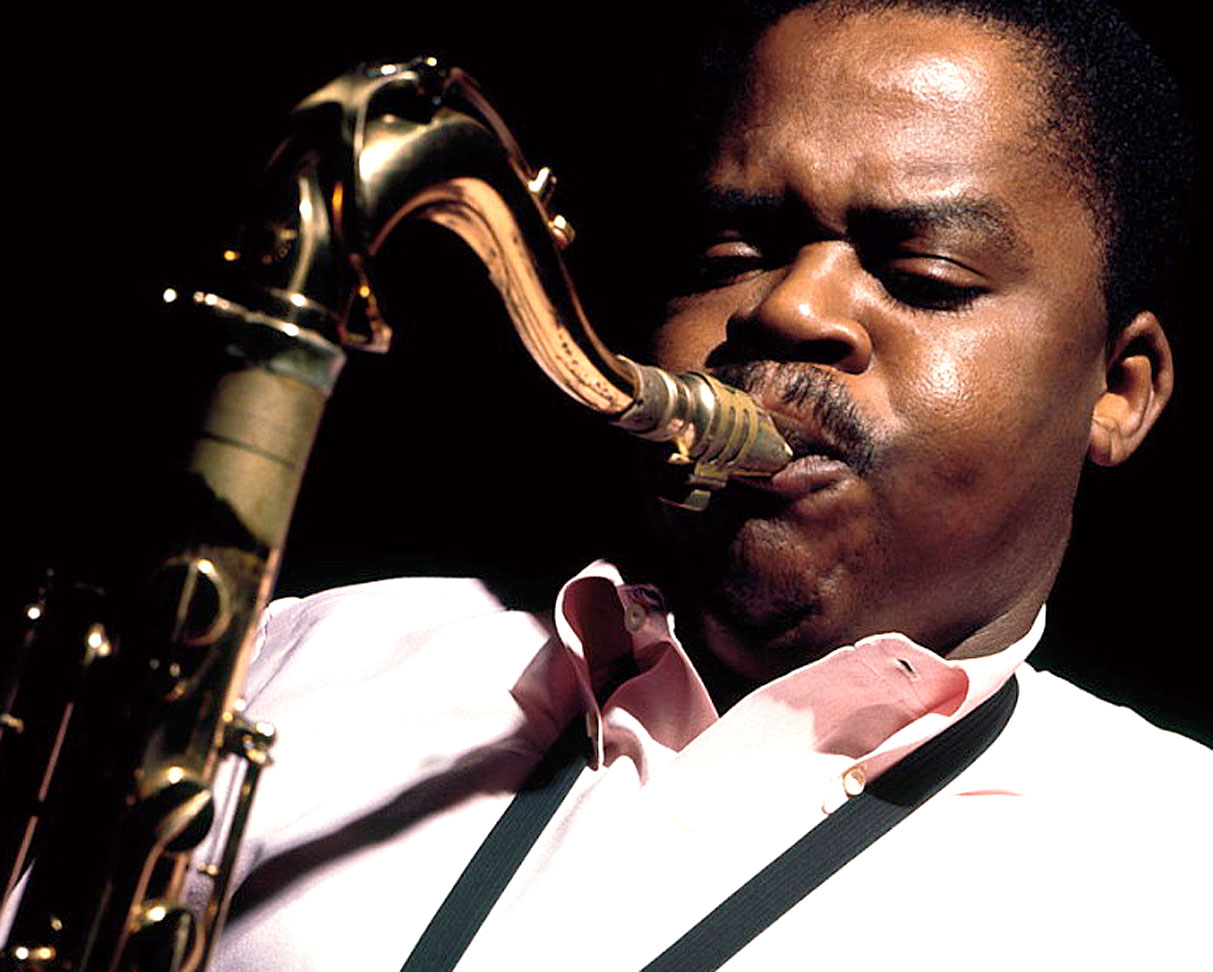 Stanley Turrentine - man of many facets.

Stanley Turrentine – man of many facets.

Stanley Turrentine this week, during his turn to Jazz/Soul/Funk with his Quintet during New Years Eve at The World Trade Center – December 31, 1989 and broadcast by WBGO-FM.

It would be easy to describe Stanley Turrentine as a man of many hats. From his early days, playing Jump-Blues with such legends as Earl Bostic, to his later involvement with drummer Max Roach and his big-band, Turrentine has effortlessly taken whatever genre he was working in and made it his own. Evidence of that is in this gig – hard to imagine this being the same player alongside the honking sax of Earl Bostic, but this is Turrentine – the same Stanley Turrenine who also gave us his milestone collaboration with The Three Sounds and the pivotal 1960 album Blue Hour – which is still in circulation and still being discovered.

The unifying feature is the big, warm sound that became his trademark, making him one of the most distinctive tenor players in Jazz.

So, to give you a taste of his later material, here is that New Year’s Eve gig from Windows On The World at The World Trade Center, December 31, 1989.

And while you’re doing that, please remember to chip in what you can to help keep Past Daily up and running and the archive continuing its commitment to preservation, restoration and sharing with you with thousands of hours of rarities and never-before-heard recordings from history and Culture. We’re not asking a lot – whatever you feel comfortable with chipping in – it’s all Tax Deductible and it is really badly needed right now. We’ve had a few stalls in our Fundraiser and we’re trying to get back on track – and you can help by making your pledge and contribution by clicking on the link in the box below, or clicking on the logo for Fractured Atlas to the right of this post and making your contribution. It is so much appreciated and I can’t thank enough those of you who have contributed so far – you are amazing.