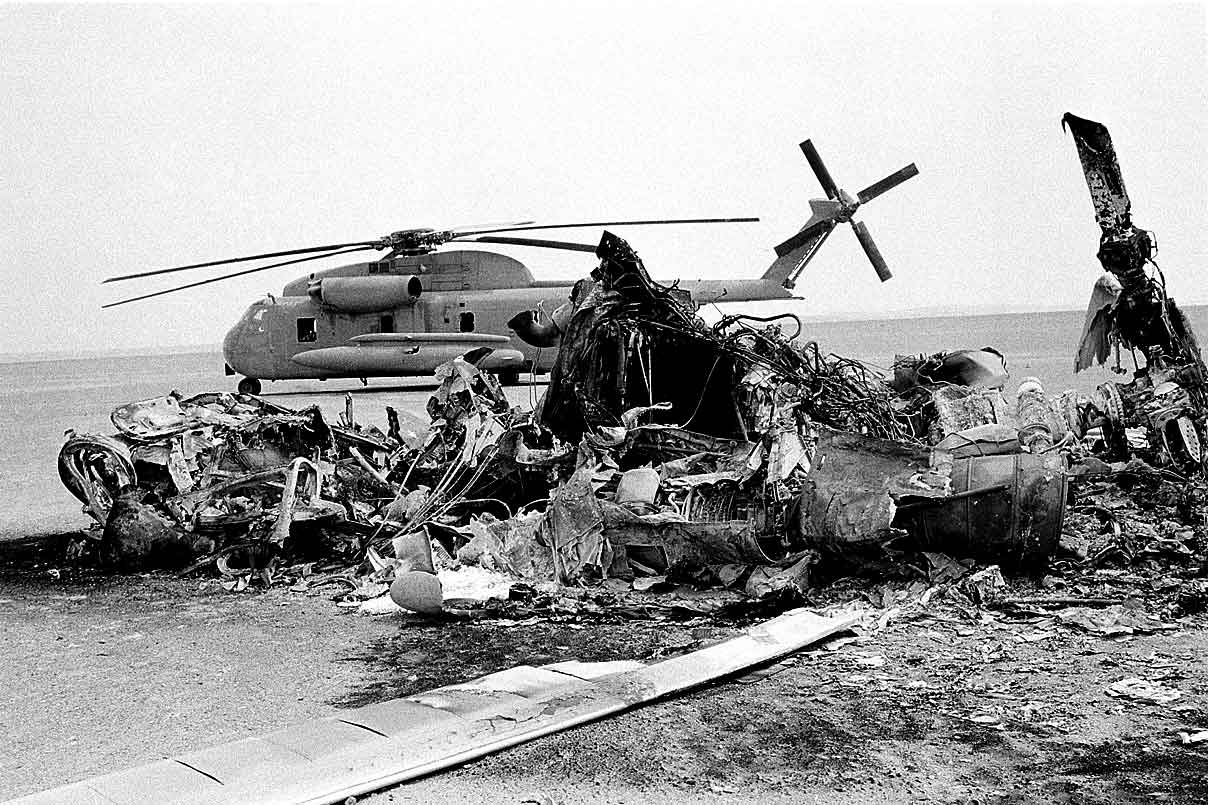 For all intents and purposes, it was a risky attempt from the get-go. On this April 25th, 1980 an attempt to rescue the 53 American hostages, held at the American Embassy in Tehran took place. Admittedly, it was a gamble – 8 helicopters, flying undercover through Iranian air space some 500 miles. Landing at a desert staging area, only 5 were operational after the flight and encountering blowing sand. It was under the minimum needed to pull off the rescue. A decision was made to abort the mission and the remaining functional helicopters readied to fly back. As take-off was starting, one helicopter crashed into a transport plane, killing 8 crewmen.

The failure of the mission was a further embarrassment to the White House as President Carter went before cameras and microphones to take full responsibility for the aborted mission. The attempt also added fuel to the Ayatollah‘s claim that the U.S. was The Great Satan and it succeeded in scattering the hostages throughout Tehran, so another rescue attempt was deemed impossible.

Over the next few days, reports interviews and commentaries filled the airwaves about the failed rescue attempt. Operation Eagle Claw would go down as a miserable military and political failure and, as many speculated, would be instrumental in handing the White House to Ronald Reagan in November.

Here are several reports from the first day of the rescue attempt news, as updates and reactions kept coming in. It was a busy day, that April 25th in 1980.

And while you’re listening, please consider chipping in whatever you’re comfortable with to helping keep Past Daily up and running and the archive continuing to preserve, restore and make available to you the thousands of hours of rare historic recordings, news, interviews, broadcasts and music. Whatever you can chip in will be a great help in keeping us online. We need your help. We can’t do it without you – so please, click on the PayPal or Patreon links (all over this page) and chip in what you can.