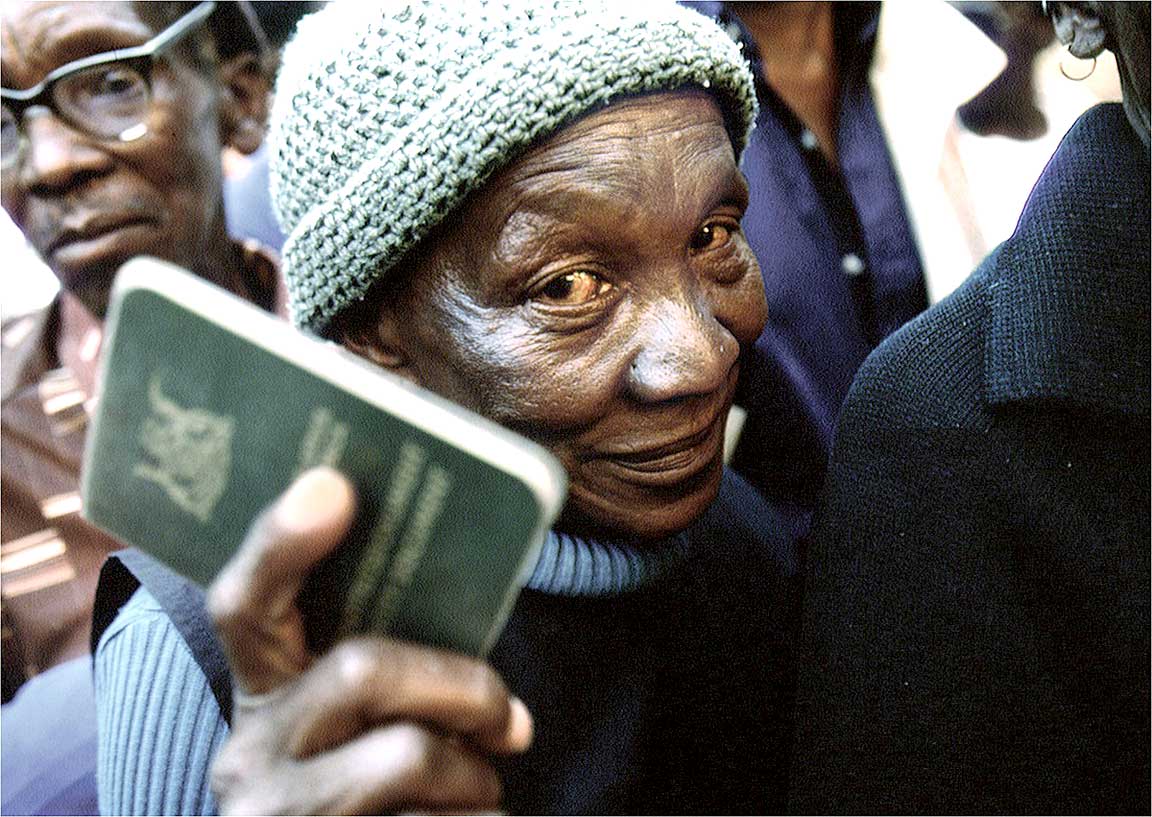 April 27, 1994 – the day all of South Africa went to the polls in the first truly democratic election in the country’s history. Nelson Mandela was expected to win handily, as South Africa’s Black majority voted for the first time and went to the polls in staggering numbers. Spirits were high, despite several attempts to derail the elections, as White Extremist groups staged bombing attacks at a few polling places around Capetown. Nothing would stop this from being, as Bishop Desmond Tutu described as he left the voting booth; “A Mountaintop Day”.

Meanwhile, back in the States – this was the day former President Nixon was to be buried, alongside his wife Pat on the grounds of the Nixon Library in Yorba Linda, California. Mourners included 4 Presidents, as well as President Clinton. The streets around the funeral route were jammed with people paying their last respects as some 50,000 people braved rain to view the casket, which lay in repose on the lobby of the Nixon Library. Nixon died on the 22nd, after suffering a stroke a few days earlier. President Clinton proclaimed this a national day of mourning.

And that’s just a little of what went on, this rather momentous and historic day of April 27th in 1994, as presented by The CBS World News Roundup.

And while you’re diving into this historic day, please make your decision to chip into our final full week of Past Daily’s Spring Fundraiser. We’ve added some amazing premiums to choose from when you make a contribution at the 25-50-75 and 100.00 levels. Cool gifts and great perks from our friends at Rockbeat Records. So please take advantage of the goodies while they last and take a tax deduction to boot. It doesn’t get a whole lot better than that. Make your pledge and contribution by clicking on the link in the box below and grab a premium while you can. I can’t thank you enough and history thanks you too!