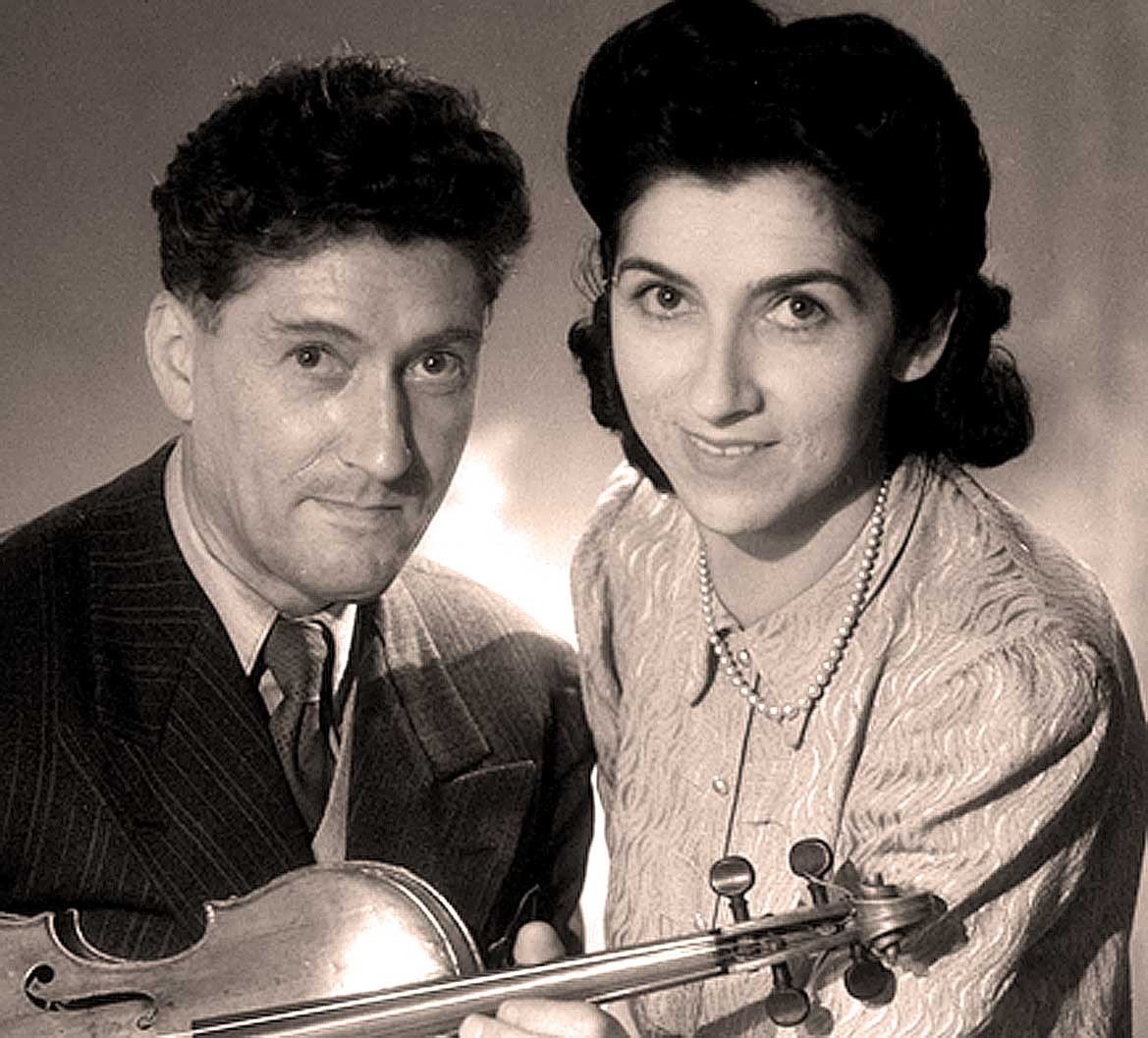 Some rarities from French Radio this weekend. The music of Jean Martinon, played by the legendary French violinist Henri Merckel and noted pianist Marie-Louise Caillard – in a broadcast performance circa 1950, recorded by the ORTF in Paris.

Martinon has been known primarily as a Conductor through much of his professional life – as Principle conductor of the Lamoureux orchestra, Paris Conservatory, Israel philharmonic, Chicago Symphony and Hague Residente, Martinon was widely admired and respected and had a long career with those orchestras, as well as guest conducting numerous others.

Henri Merckel has had a long and celebrated career as one of the foremost French violinists of the 20th century – he was a frequent collaborator with Marie-Louise Pugnet-Caillard as well as most of the major orchestras throughout Europe.

Not familiar with this work, but have a listen and see what you think.

And while you’re doing that, we’re in our last 5 days of the Past Daily Spring Fundraiser – we’re trying raise enough to keep the website up and running and the archive continuing its massive project of preserving and restoring thousands of hours of broadcasts, music, news, history and culture – just like the music you’re hearing right now. We can’t do it alone and so we turn to you a couple times a year to help pitch in and contribute what you can to keep us going. It takes a lot of effort on our parts, but we love what we do and history is important – whether it’s news, interviews, broadcasts or rare music – it’s all part of our culture and some of it gets forgotten – a lot of it important and vital. So, chip in – click on the link in the box below and take one of the premiums we’re offering as a thank you for all your help. And tell your friends. We won’t be here long, so do what you can.