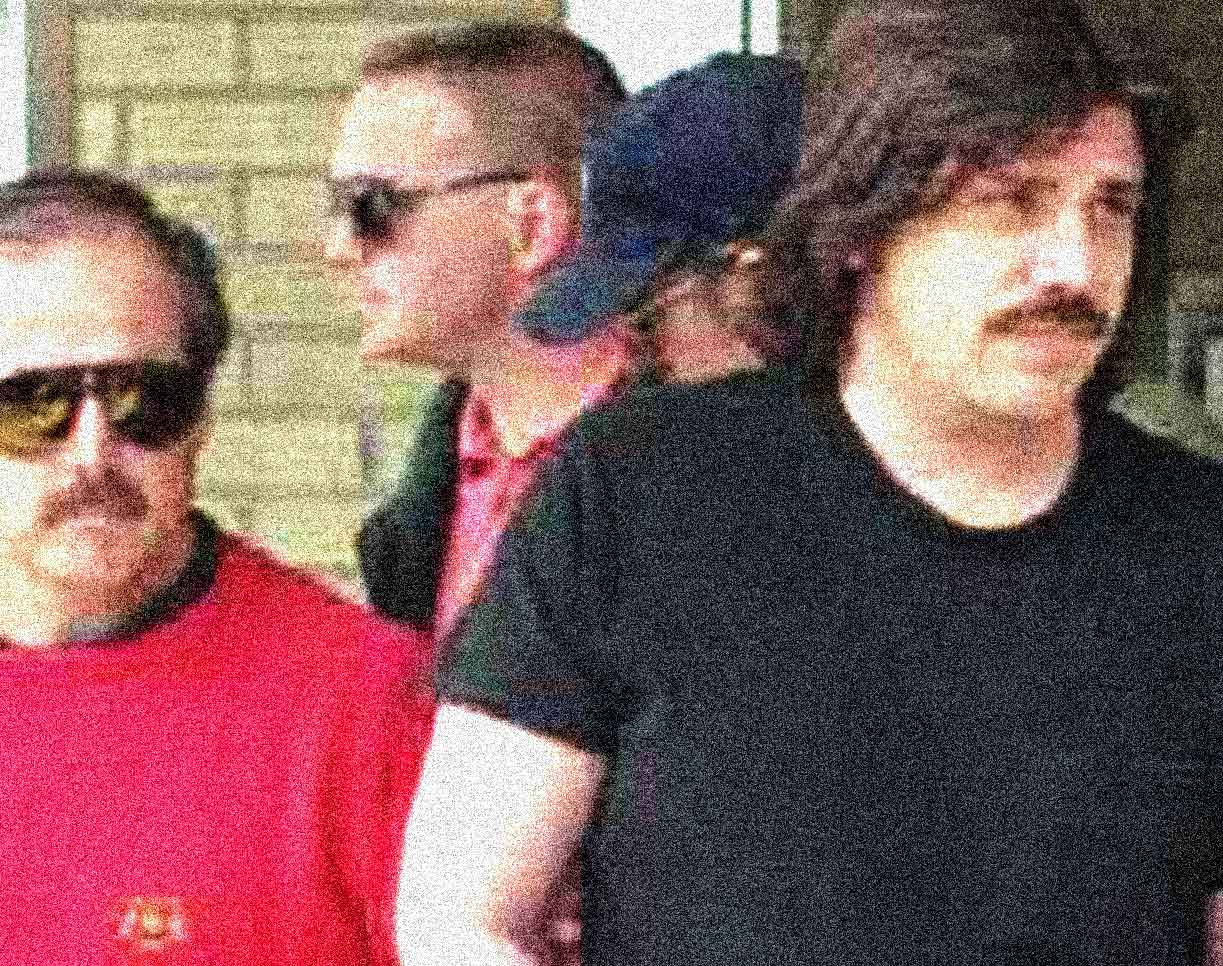 May 3, 1995 – This day began with a media frenzy. After 18 hours of questioning by FBI Agents over possible connections to Timothy McVeigh and the Oklahoma City Bombings, Gary Lands and Robert Jacks, who were suspected being accomplices and the infamous “John Doe #2, were released and taken back to the Missouri town they were picked up in. Seems it was a case of mistaken identity, and the two suspects turned out not to be suspects after all.

Such was the circus atmosphere taking place in light of the Oklahoma City Bombings investigation – sightings, hearsay, rumors and mistaken identities were flooding the FBI as answers were being sought in the terror attack which took the lives of 168 and injuring some 680 more.

A truck with a noisy muffler was stopped outside New Britain Connecticut. What police found was a veritable arsenal of hand-grenades and other munitions. Speculation was that it had been intended for an Oklahoma City style attack outside the Connecticut State University, but police didn’t think the drivers of the truck were capable of doing that.

Pennsylvania conducted its first execution in decades – 39 year old Keith Zettlemoyer was put to death by lethal injection for the murder of another man some 15 years earlier. And another execution took place in Missouri overnight. Seems Capital Punishment was into overdrive on this day.

And then there was the OJ trial – Jurors were expected to hear more testimony from a Police Department chemist who was testifying to the discovery of a blood spot at the crime scene which didn’t match that of the two murder victims, yet was believe to match that of OJ Simpson.

And that’s just a small slice of what went on, this rather fractured May 3, 1995 from The CBS World News Roundup.

As you know we’re into our last 4 days of the Past Daily Spring Fundraiser – 4 days for you to chip in and donate to keep Past Daily up and running and the archive busy preserving and restoring the thousands of hours of history we share with you. Please make the choice to chip in and contribute your Tax Deductible dollars by clicking on the link in the box below – we’re here because you are and we want to continue giving you the best of what we have. We can do it – and with your help, we’ll get there.