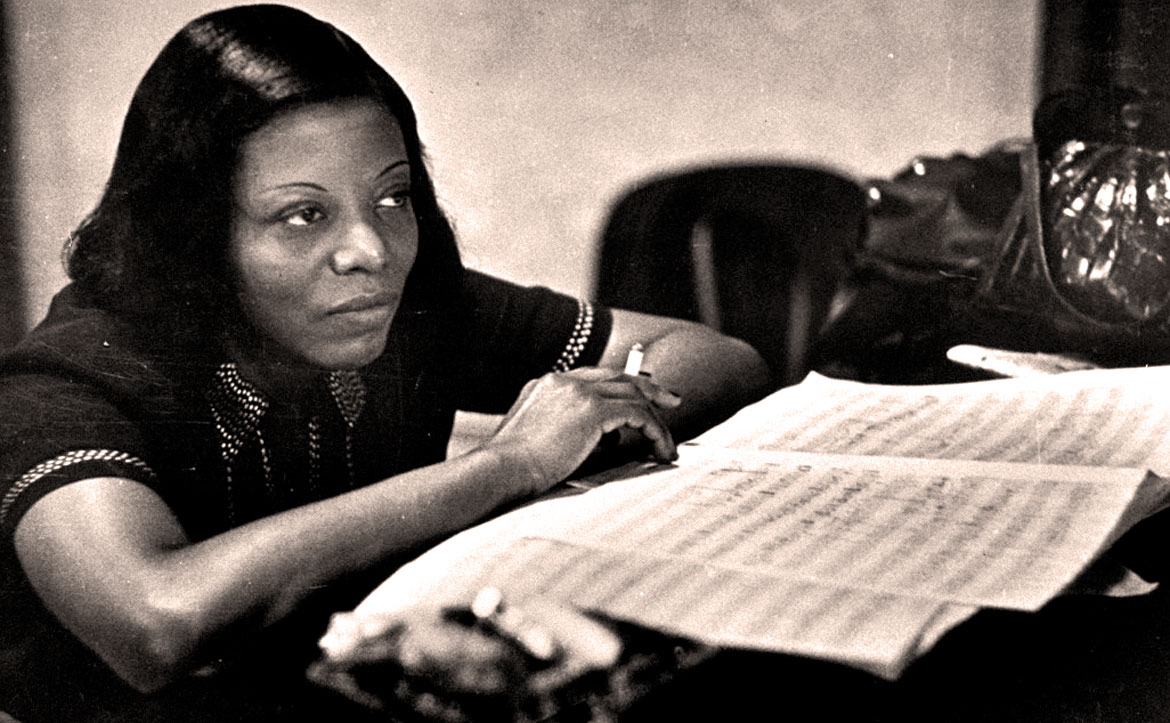 Mary Lou Williams - true innovator - fought twice as hard as the guys to prove it.

Mary Lou Williams – true innovator – fought twice as hard as the guys to prove it.

Anybody who has even a passing interest in Jazz knows the name Mary Lou Williams – Artists, arranger, composer, band leader; Mary Lou Williams was one of the true innovators in Jazz going back to the 1930s. That she was a Woman and an African-American meant she had to work and fight twice as hard to be recognized for her gifts. But anyone who spent more than 30 seconds listening to her play, hearing her ideas, listening to her compositions, knows that letting the deeds speak for themselves is all you need to do.

I ran across the recording, hoping to find some earlier live performances of her work – during the halcyon days of the late 1930s and 1940s – but I found this one, which comes by way of KPFA, the Pacifica station in Berkeley and put together by a consortium of Bay area Women and realized this was a perfect introduction to anyone who wasn’t familiar with the work of Mary Lou Williams.

Recorded at the Keystone Corner club in San Francisco on April 29, 1977 – it features a full set (with break) with her trio in addition to a really nice interview, which gives an important glimpse into the career of one of the true innovators in Jazz.

At just a shade under 90 minutes, it’s a fascinating recording, excellently produced (the sound is warm and immediate and totally belies the fact that it’s 39 years old) and is an essential document if you want to learn more about this legendary figure in Jazz (or modern music, for that matter). Her views on the state of Music in 1977 are probably fare more relevant now than they were back then – and probably why it’s all the more imperative to give this one a listen and let it sink in.