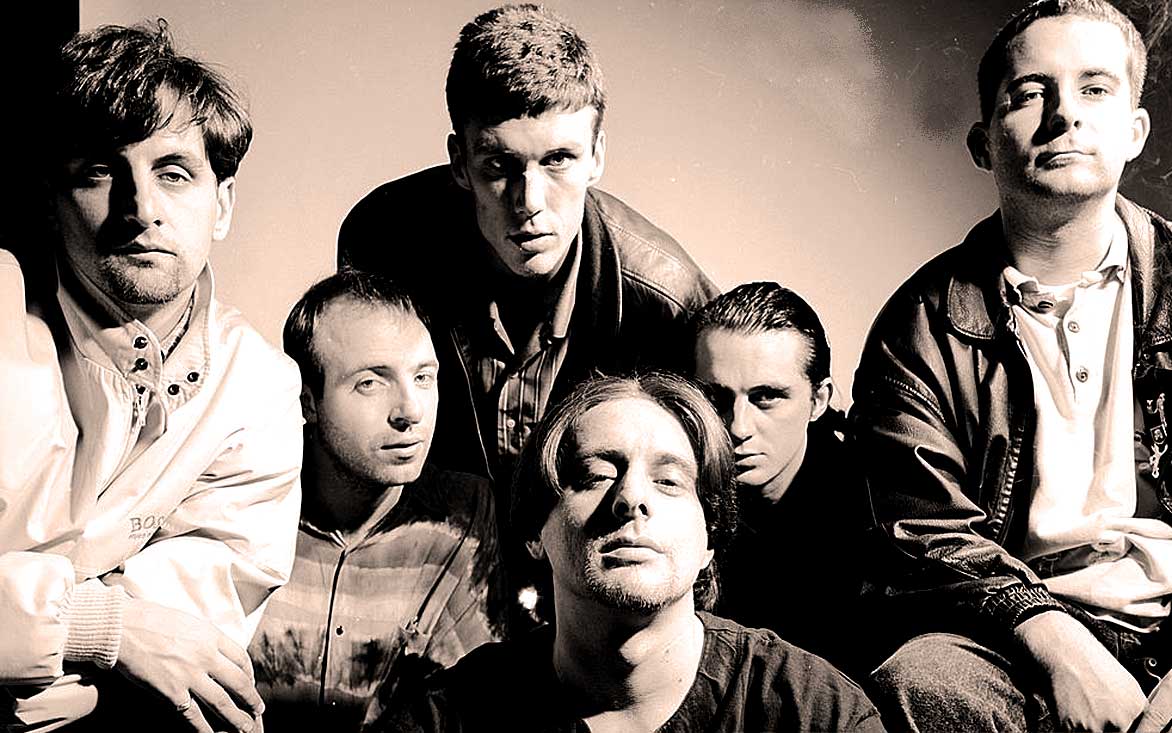 Starting off the week with Happy Mondays, in session for John Peel from April 1, 1986. Happy Mondays were one of the spearhead bands of the Madchester movement and one of the bands who helped revitalize Psychedelia in the late 1980s. No less than Paul McCartney was quoted in an NME article in November of 1990, that Happy Mondays reminded him of the Beatles during their Strawberry Fields phase.

One could call that a rather solid endorsement – but Happy Mondays were a mashup of a lot of different styles at the time – Psych being only one aspect. They fused indie Pop guitars and rhythmic style along the lines of Krautrock, Funk, House Music and Northern Soul – a pretty varied plate of music to choose from. And it was doing that, which gave them the reputation, and in fact the whole Madchester scene, as one which had virtually no limits or restrictions – it was musical open space. Subsequently, Happy Mondays became on the most influential bands to come out of the UK in the 90s.

This session, coming just before their major breakthrough and a few months after the release of their first official ep for Factory Records in September of 1985 puts them at the BBC in session for John Peel – it would be one of several they would do over their initial tenure. The band would break up in 1993, and then a second incarnation in 1999 until 2001 – a third incarnation from 2004-2010 and the latest incarnation which got started in 2012 and is still going today.

Happy Monday, during their initial incarnation and their heyday, was considered an integral part in the Madchester scene and personified Rave culture. One listen to this session and you will understand why.