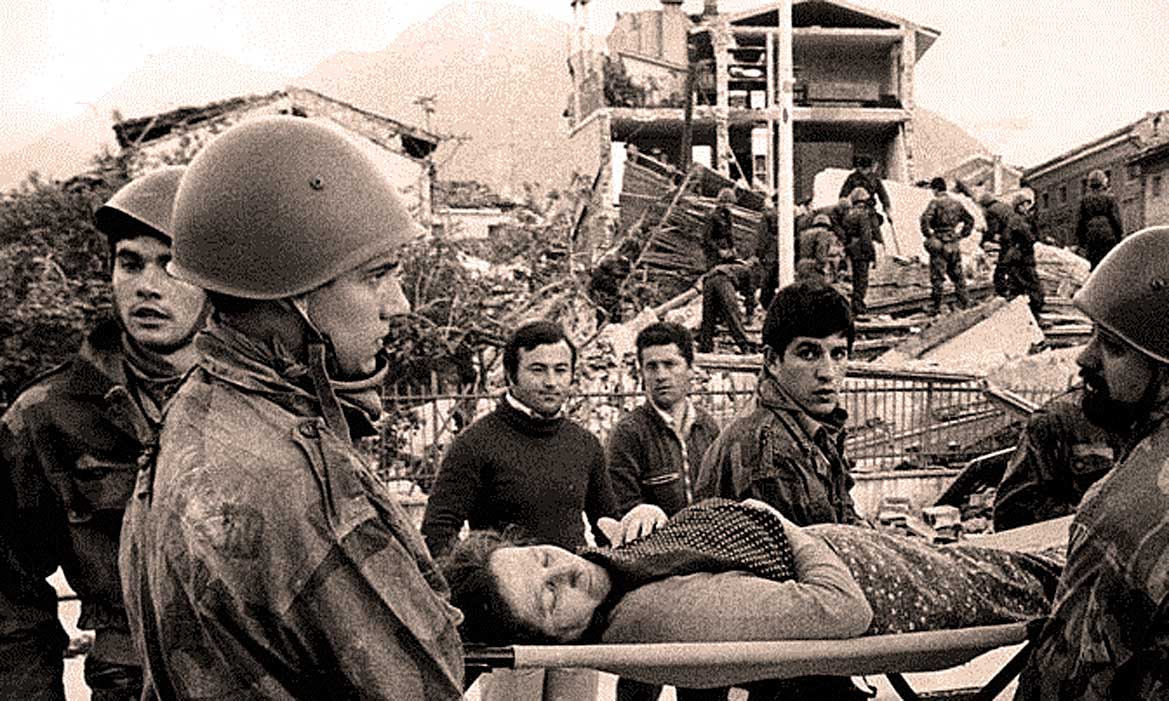 The week ending May 9, 1976 – the news was preoccupied for most of the week with the events in Italy. A powerful earthquake shook towns and villages in Northeast Italy, claiming at least 1,000 lives and wrecking countless homes and historic monuments. Every year Italy records more than 200 tremors; tremors that until this week went largely ignored. When the earthquake first hit the region, it was largely underestimated for the first few hours after the initial shock took place. Underestimated, except for the people living in the region. The death toll was climbing every hour, with the number of injured inching upwards to 100,000. Once the major earthquake had stopped, the next area of concern was over the outbreak of Cholera. Residents were urged to use masks and get vaccinations for Typhoid Fever. The death count was climbing so high and so fast that the dead were being buried in mass graves, and caskets were lining streets and rescue sites. It was estimated the physical scars would take years to heal – the emotional scars, probably never.

In the rest of the world – elections in Lebanon were slated to go ahead, despite heavy opposition from Syria and intense fighting between Leftist and Right Wing rebels threatening to derail the process.

Henry Kissinger returned to the U.S.from a two-week trip to Africa where he met with leaders of some of the Black African nations poised for war with White-run Rhodesia. Declining military aid for either side, Kissinger expressed concern for the region. One of Kissinger’s aims was to outline a proposal for the establishment of a $1billion resources bank, which not only Africa but other parts of the 3rd World would benefit. Kissinger said the money would be available for more development projects throughout the region.

Meanwhile, back in the States – the 1976 Presidential Election campaign was steaming ahead. With Ronald Reagan sweeping primaries in Indiana, Georgia and Alabama, boosting Reagan’s confidence that a trip to the White House in 1976 was a very strong possibility. Gerald Ford was not giving up and the horserace was lumbering on. On the Democrats side – Georgia Governor Jimmy Carter was rolling along with this campaign, picking up delegates as he went along – the latest batch of primaries saw Carter winning handily, with only Alabama, contender George Wallace’s home state being the lone holdout.

And that’s what was going on in the world and the nation, the week ending this May 9, 1976 as reported by CBS Radio’s The World This Week.