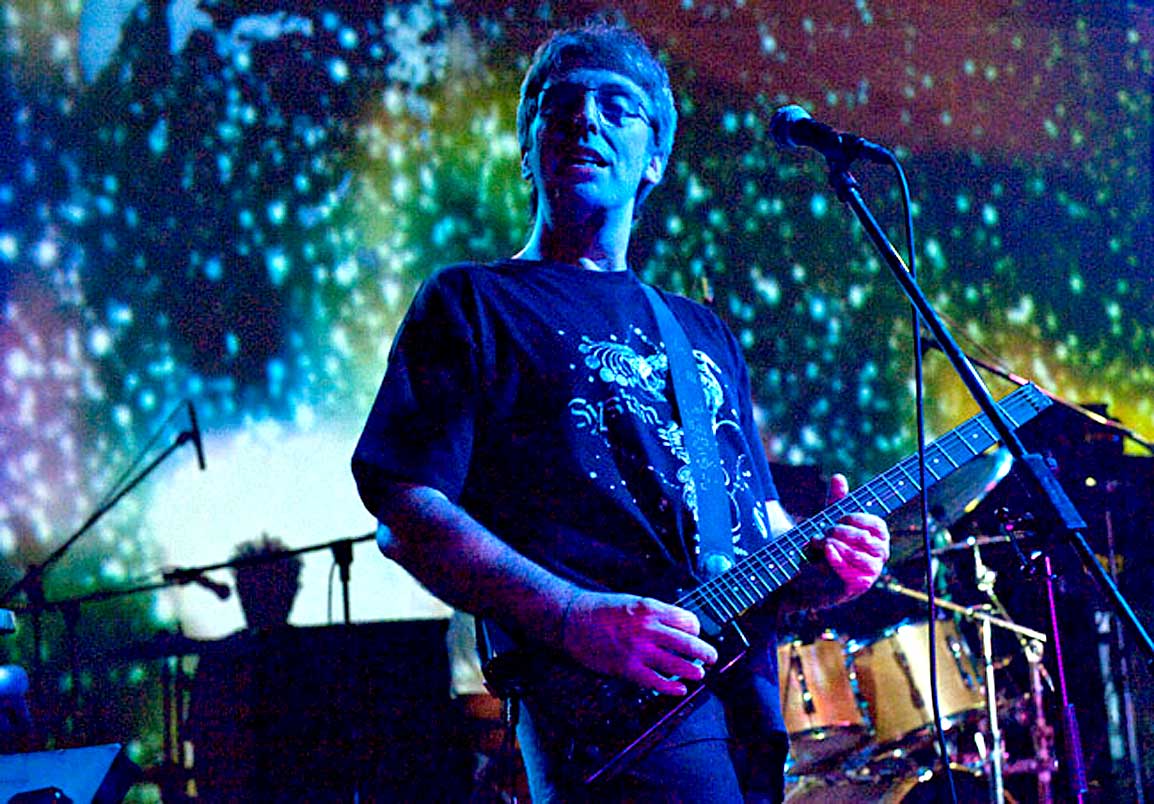 Space merchants The Orb tonight, featuring former Gong founding member and all-around leading light of the Canterbury scene, Steve Hillage as guest in what promises to be a 25 minute sonic adventure, and it was recorded by the venerable BBC Radio 1 for their in-concert series, at The Fridge in Brixton in 1991.

It’s difficult to put into words what exactly The Orb are all about – suffice to say they are experimental. And, in continuing the tradition, as it was first laid down by Daevid Allen‘s Gong, they are not predictable. In this concert, it is, for all intents and purposes, a single song that goes on a little less than 30 minutes. But in that time they have painted an exquisite soundscape, coupled with montage voices. They actually got together not that long ago – 1988. But their influences go far back, to the early 70s and beyond, to some of the early electronic experiments. Bringing it all up to date, The Orb have pioneered Ambient House, a precursor to EDM (but without the dance), and their accompanying light add to the ethereal quality of their performances. And although The Orb consists of 2 to 3 members, only one, Alex Paterson has been the constant throughout their history.

This concert, from 1991 comes just before the peak of their commercial success, which they achieved in 1992 when their albums The Orb’s Adventures Beyond The Ultraworld and U.F.Orb both shot to #1 on the British charts. Over the years since, The Orb have experimented with variations on their Ambient form, going into Techno and have featured guest appearances by a number of artists. The UK critics have always been split regarding their reviews of the band. They have, however gotten rave reviews from American press, notably Rolling Stone who praised the band for their “contrast of chaos and euphony”.

Crank it up and lay down.