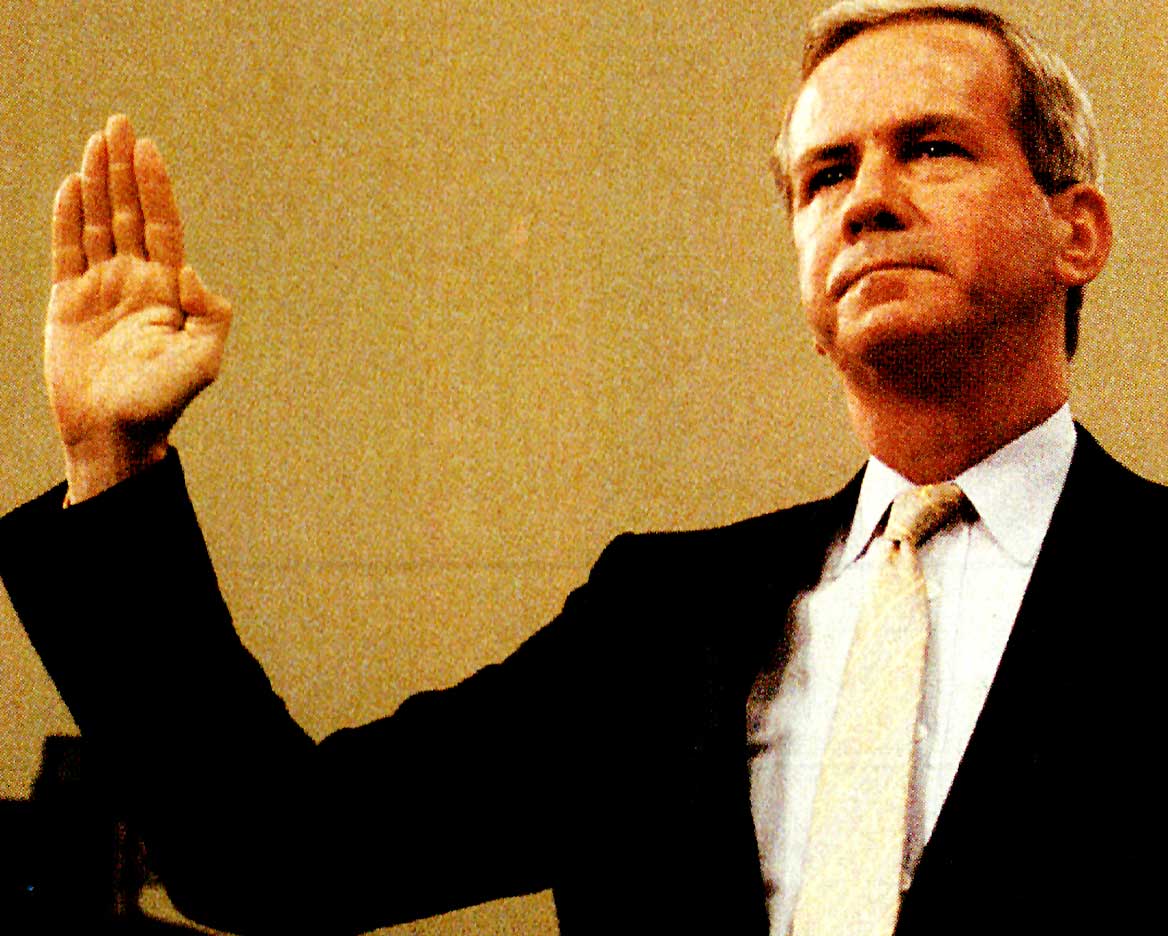 No shortage of drama and controversies, this May 11, 1987. The joint House-Senate Hearings loooking into the Iran-Contra affair was heading into Week 2 and Witness 2. This week was the beginning of testimony from former National Security Adviser Robert MacFarlane, the person who oversaw Oliver North and was very much around during the timeframe of the Iran-Contra scandal. His testimony was expected to take the majority of the week and one of the topics for eager explanation was how the government turned to a private citizen, Robert Secord, to supply the Nicaraguan Contras and how they went about raising the money to fund the operation. Two fundraisers who worked with Oliver North had already pleaded guilty to income tax violations. Sources close to MacFarlane said he intended to tell the Congressional committees that President Reagan ordered him to find ways to support the Contras in 1984, after Congress cut-off U.S. funding. After that, according to the sources, it was up to the NSC to find ways to provide the support, but the President was not specific.

And it was reliving the profoundly painful past in a French courtroom on this day as Klaus Barbie, the alleged Butcher of Lyon was put on trial for his role in the murders of countless French citizens in Lyon during his time as Gestapo Chief of the city during World War 2. Barbie was charged with the crimes of torture, execution and the deportation to Nazi Death camps, and was said to be responsible for the deaths of an estimated 10,000 persons, most of them Jews. His ruthlessness and his brutality as an interrogator was legend in France, and over the coming days Barbie will hear from some of his victims as they recount for the court their days in his interrogation rooms. Barbie had already been tried in absentia for his war crimes and was condemned to death – but the statute of limitations ran out and a new trial had to begin. And since the former trial, the Death penalty had been abolished. And so Barbie would face life in prison without the possibility of parole.

And Filipinos, to the tune of some 20 million, went to the ballot boxes in the first free and open elections since Corazon Acquino’s election to the Presidency. Aside from a few attempted derailments, voting went off smoothly.

And that’s a small slice of what went on, this May 11, 1987 as reported on The CBS World News Roundup.