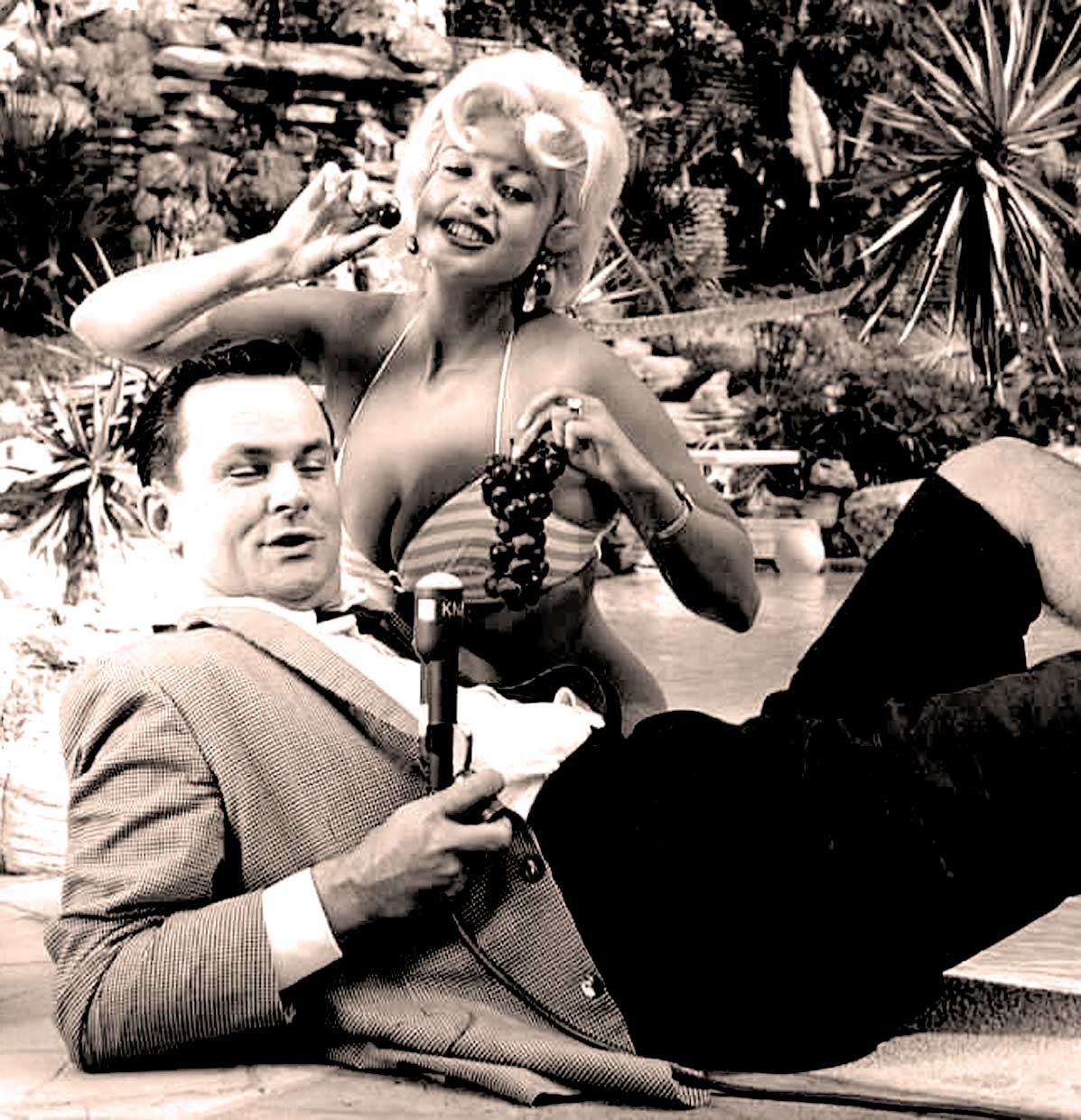 Bob Crane and Jayne Mansfield - Before Hogan's Heroes - Bob Crane as a fixture in Morning Radio in Los Angeles in the 1950s and early 60s.

Bob Crane and Jayne Mansfield – Before Hogan’s Heroes – Bob Crane was a fixture of Morning Radio in Los Angeles in the 1950s and early 60s.

Talk radio in Los Angeles during the 1950s and 1960s was completely different than Talk Radio is now. Then, it was about personalities – the show host and the guests. And Morning rush hour was prime time as far as radio was concerned – everything was geared toward entertainment, and humor was the key for a successful Morning Rush Hour show on radio.

Bob Crane is probably best known now as the star of the 60s sitcom Hogan’s Heroes, not to mention the object of a sordid sex scandal – but that was all later – and in 1957, Bob Crane was just starting out at KNX in Hollywood; their studios were on Sunset Boulevard, across the street from Columbia Pictures. Because Crane was off-the-wall (a prerequisite for Radio personalities/Disc jockey’s at the time) and because KNX was the powerhouse CBS station in L.A., Crane was enormously popular – and his show attracted a veritable who’s who of Hollywood talent to drop by the station and chat.

The occasion for this program, first aired on May 30, 1964, was an anniversary of the show – it was celebrating 9 years on the air, and to commemorate the occasion, Crane and his staff assembled a “best of” series of interviews, bits and inimitable Bob Crane banter, to be aired on what would be the last of the weekend shows Crane would do, before switching to a Monday thru Friday schedule and the eventual transition over to TV.

The guest list is impressive – starting with Jayne Mansfield and running through such notables as Barbara Streisand, Eddie Cantor, Jonathan Winters, Andre Previn, Otto Preminger and the list goes on – a two hour extravaganza, of which this is a little over an hours worth. This was what Bob Crane did, six days a week for 8 years, and would continue for several more. This was what Personality Radio was all about. And because this was Los Angeles, and KNX was right in the middle of Hollywood, the guest list was always stellar.

So here is an hours worth of Bob Crane and his 9th Anniversary Show, as broadcast on May 30, 1964.

Further evidence a lot has changed over the years.