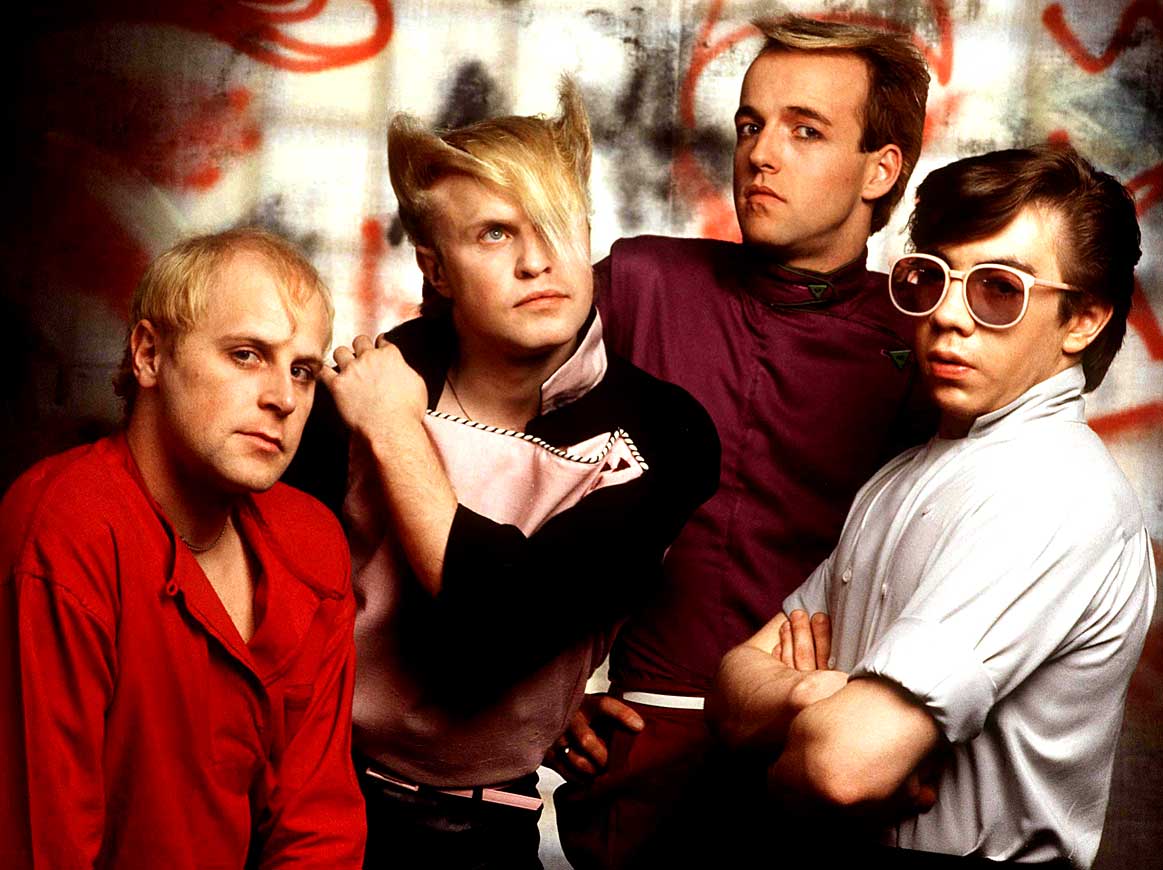 A Flock of Seagulls - sadly, more attention paid to Mike Score's coif than the music they were making. But they still managed a few hits.

A Flock Of Seagulls – In Concert 1982 – Past Daily Soundbooth

A Flock of Seagulls – sadly, more attention paid to Mike Score‘s coif than the music they were making. But they still managed a few hits.

A Flock of Seagulls tonight. One of those bands synonymous with the 80s and MTV – a band tailor-made for Music videos and a band which came to be more criticized over lead singer Mike Score’s perplexing hair style than focusing on what was a band with substance. Although they scored several bit hits early on, the Press weren’t exactly falling over in admiration over the way the band looked.

It was, after all the 80s – and styles were making radical shifts, almost as a direct reaction to the calculated surly look which epitomized Punk – an overly coiffed and dressed performance was now coming into vogue. It was the antithesis of ripped shirts, torn pants and piercings.

Some bands went overboard – taking this New Romantic look to extremes – and in doing so, did as much to distract the audience from what was some very interesting music, to making it all about fashion statements. The early 80s ushered in the overt and highly stylized look – and in going along with the voracious appetite MTV and the fledgling Music Video industry had started, kept feeding it until the audience overdosed and eventually went back to basics.

But tonight you don’t get to see any of that – you don’t get to see Mike Score’s inimitable coif – you don’t see those pastiches of New Romanticism or New Wave represented on stage – no, you get to hear what Flock of Seagulls were all about. And when you stripped all the visuals and calculated presentations, you got an honest band who were capable of turning out some good music. This concert, from 1982 represents the peak of Flock of Seagulls commercial success. After this, the popularity waned and the band went in search of a new direction.

The band would eventually go on hiatus in 1986, before getting back together in 1989. With a different lineup, but still with original founding member Mike Score, minus the hair, Flock of Seagulls are still around and still recording.

Tonight though, it’s the early successes and why they were musically so popular – here they are in concert at The Paris Theatre in London in 1982, recorded for posterity by BBC Radio 1 for the In Concert series.

Crank it up – you may be very surprised.