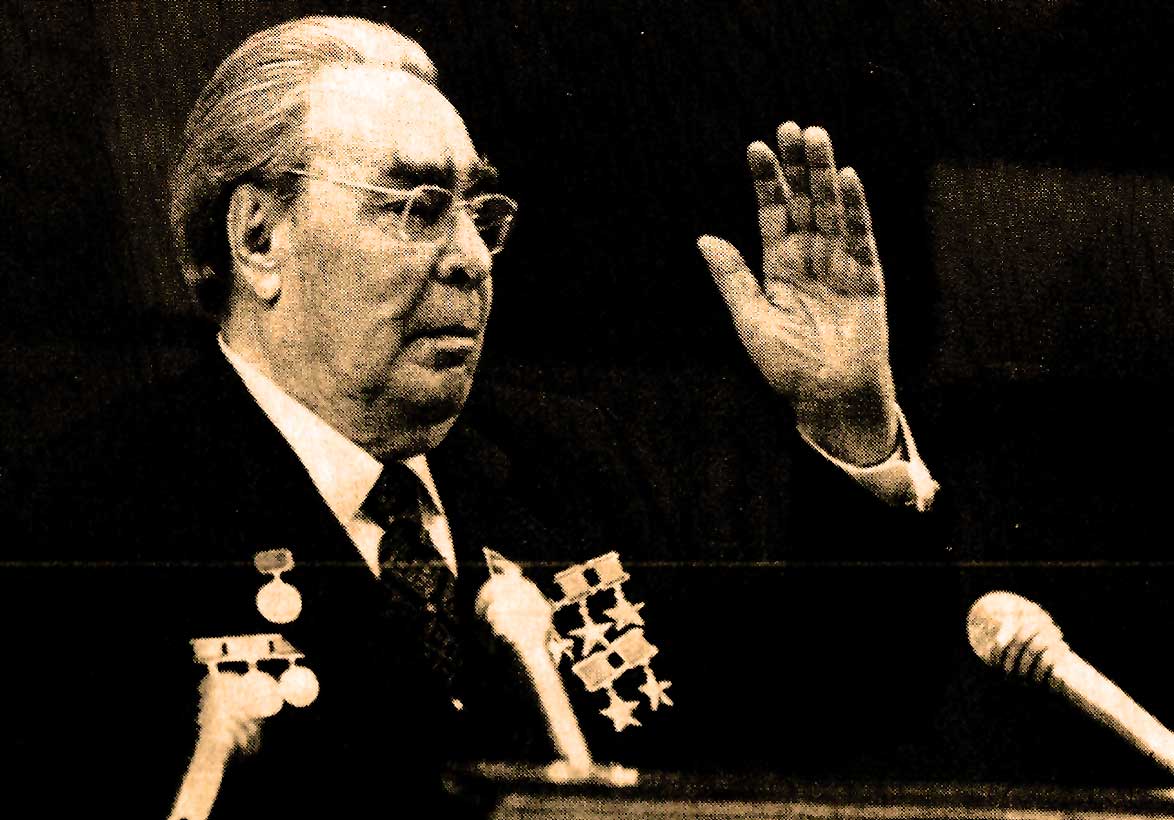 May 18, 1982 was a day with a lot of negotiation, finger pointing, wishful thinking and saber rattling going on. In Moscow, Soviet President Leonid Brezhnev addressed a gathering young Communists and talked about Nuclear Arms reduction and how to achieve it. He had good things to say about the U.S. position as well as some bad things to say. Speaking to the gathering at The Kremlin, Brezhnev was greeted by thunderous applause – it was his first appearance before the public since his rumored “illness”, the Soviet leader said that his country would be willing to hold negotiations on Strategic Arms, and that all such arms be frozen at the moment the talks begin. He didn’t specify a time or place, but the Soviets have already stated they would be ready to talk in the Fall in Finland or Switzerland. Brezhnev added that President Reagan‘s offer to reopen the talks was a correct step, but that American proposals on slashing specific numbers of warheads and missiles were one-sided and insincere. The Soviet leader walked briskly on state at the beginning of his speech, but six minutes into his forty-minute speech, his Russian was barely intelligible and he stumbled slightly when leaving the podium.

Secretary of State Gen. Haig delivered a quick response to the Brezhnev address, saying the request to freeze Strategic Arms at the time the talks began would mean the Soviets would have the advantages, and the U.S. was unwilling to accept those terms.

Meanwhile, the Falkland Islands crisis was spiraling out of control, as efforts to reach a peaceful settlement continued on this May 18 at the United Nations. Pessimistic over the lack of any progress with no bargaining, let alone agreement, Secretary General Perez de Cuéllar said he was more convinced than ever that time was not on the side of peace. And therefore efforts to attempt to pursue a peaceful settlement were being pursued with vigor, as time was the only pressure now.

And that’s a small slice of what went on in this world, this May 18th in 1982 as presented by The CBS World News Roundup and the 9:00 am network news.