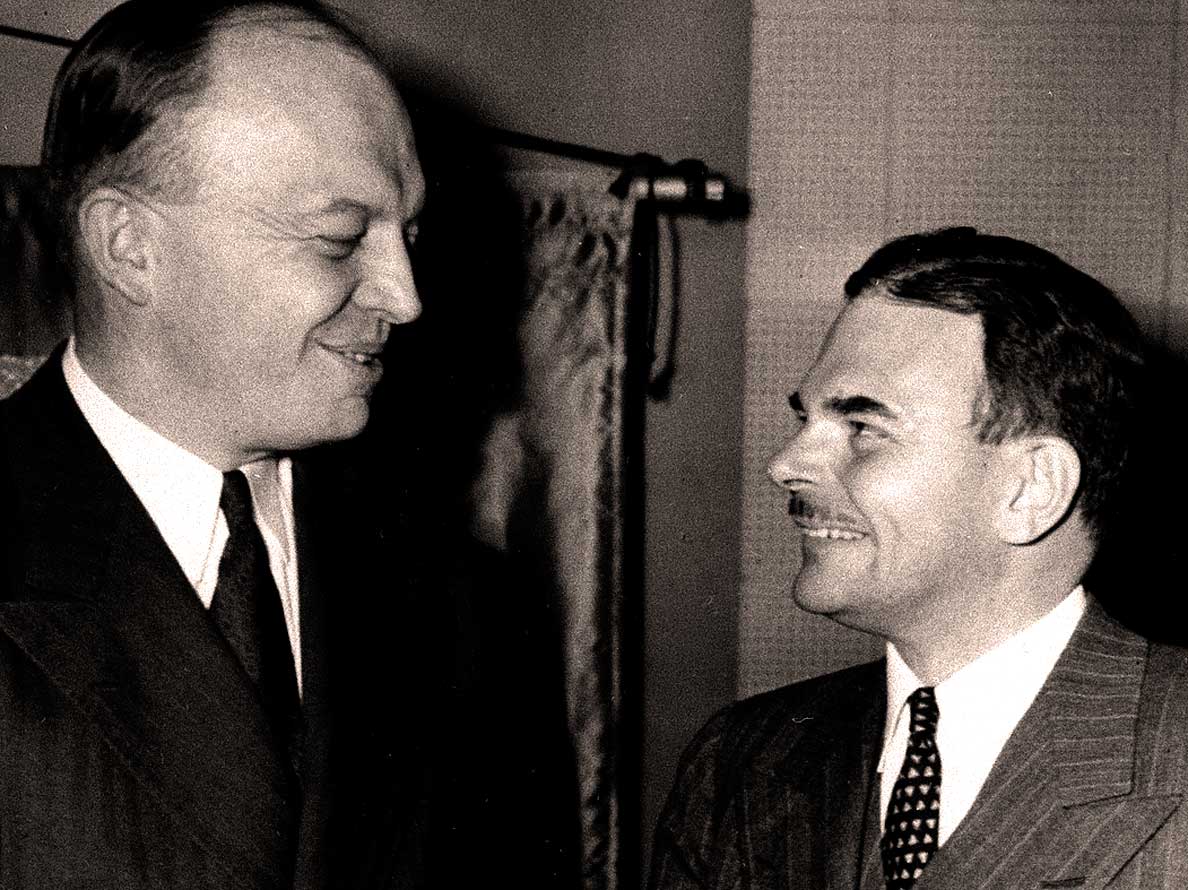 Dewey-Stassen Debate – An Exercise In Civility – May 17, 1948 – Past Daily Reference Room

Presidential debates certainly weren’t new – they went back as far as the legendary Lincoln-Douglas debates of 1858. But this was something new – it was taking advantage of the broadcast medium and the ability to make your case before several million people, not just the ones crowded into a Town Hall.

It would wind up setting the tone for political campaigns ever since; hopefuls of a particular party debating the issues during primary season, helping the voter make an informed decision on a candidate based on issues.

There was only one debate between Harold Stassen and Thomas Dewey; the one which took place during the Oregon Republican primaries on May 17,1948. It was broadcast and carried live via NBC, ABC and Mutual networks. It reached an estimated 40 million voters for that one appearance – and it was credited for largely carrying Dewey to victory as the standard-bearer for the Republicans in 1948.

But more than that – and certainly listening to that debate now, the ironies are glowingly apparent. Where the 1948 Debate was an exercise in civil discourse and informed positions, debates now are mud-wrestling matches, where anything but the issues at hand are discussed. And it wasn’t that Stassen and Dewey had anything better to talk about – their debate consisted of a pro-and-con over whether or not the Communist Party in America be outlawed or not. We were right in the middle of the Cold War, the Red Scare was gripping the U.S. and real fears of a communist takeover were on everyone’s minds.

But rather than fill the time with mindless distractions and ludicrous stances on non-existent issues, Dewey and Stassen stayed on course and delivered an insightful, informed and downright civil debate on whether or not the Communist Party be banned in the U.S.

So, to give you an idea of just how much things have changed – and not for the better, I’m afraid, here is what the Republican candidates were debating in 1948 as the world grew steadily more unstable and Dewey-Stassen went into the history books.

Maybe dry, but refreshing as hell.