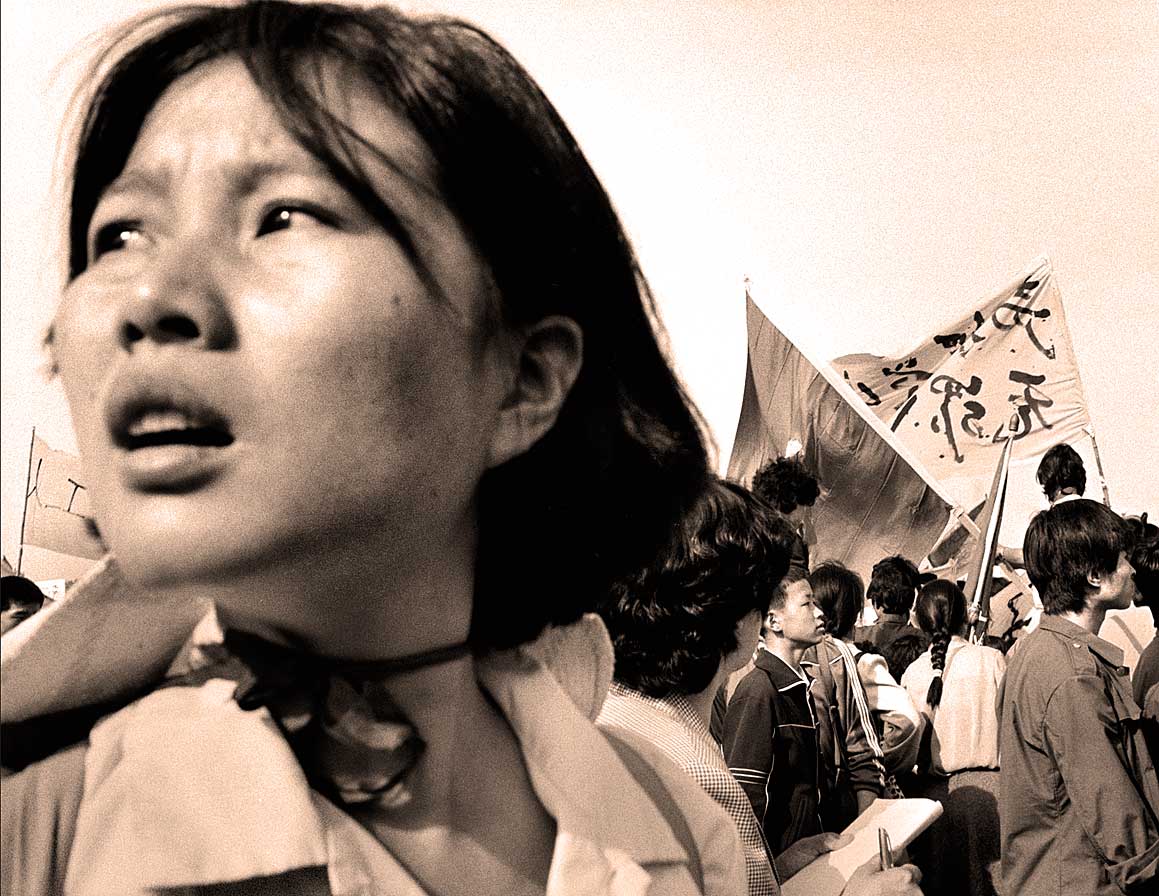 Tiananmen Square - May 1989 - nobody knew where the train was headed, but it was gaining speed fast.

Tiananmen Square – May 1989 – nobody knew where the train was headed, but it was gaining speed fast.

May 19, 1989 – a day of increased tensions and confrontation. Students gathered in Beijing’s Tiananmen Square to protest the hardline regime and push for dramatic political reforms in China. As the protests continued, the movement gained momentum – soon Tiananmen Square was filled and protests overflowed to other parts of Beijing and China in general. The government began cracking down – issuing warnings and sending in troops to quell the protests and a confrontation ensued. But the Communist Army was the Army of the People, and troops were reluctant to counter the protest with force, and many refused to carry out orders to disperse students.

But as the protests and the confrontation gained strength, the government issued a crack-down on how it was being presented to the world. TV news feeds were cut, leaving only radio reports via telephone to still come in. With the attempted media blackout, many were fearing the worst, as it was becoming evident a power-play was taking place from inside the Communist Party. The hardliners were pushing for immediate crackdowns by any means necessary. The moderates, including Premier Deng Xiao Ping were hesitant to resort to violent means to end the protests. But the deep split within the ranks of the Chinese Communist government were becoming glowingly apparent as word reached Beijing that the protests, begun in Tiananmen Square had now spread to some 400 cities around China.

The protests, begun in April, had now captured the attention of the world – and all eyes were on China to see what would happen next. A reversal of policy seemed hard to contemplate, but the students were determined that democracy come to Beijing. The rest of the world sensed an unhappy ending. But it was all moving too fast to stop and contemplate the future. The future was happening on May 19, 1989 and it wasn’t going to stop for anybody – even tanks . . .for now.

And that’s what was going on and grabbing everyone’s attention on this May 19, 1989 as presented by CBS News The World Tonight.