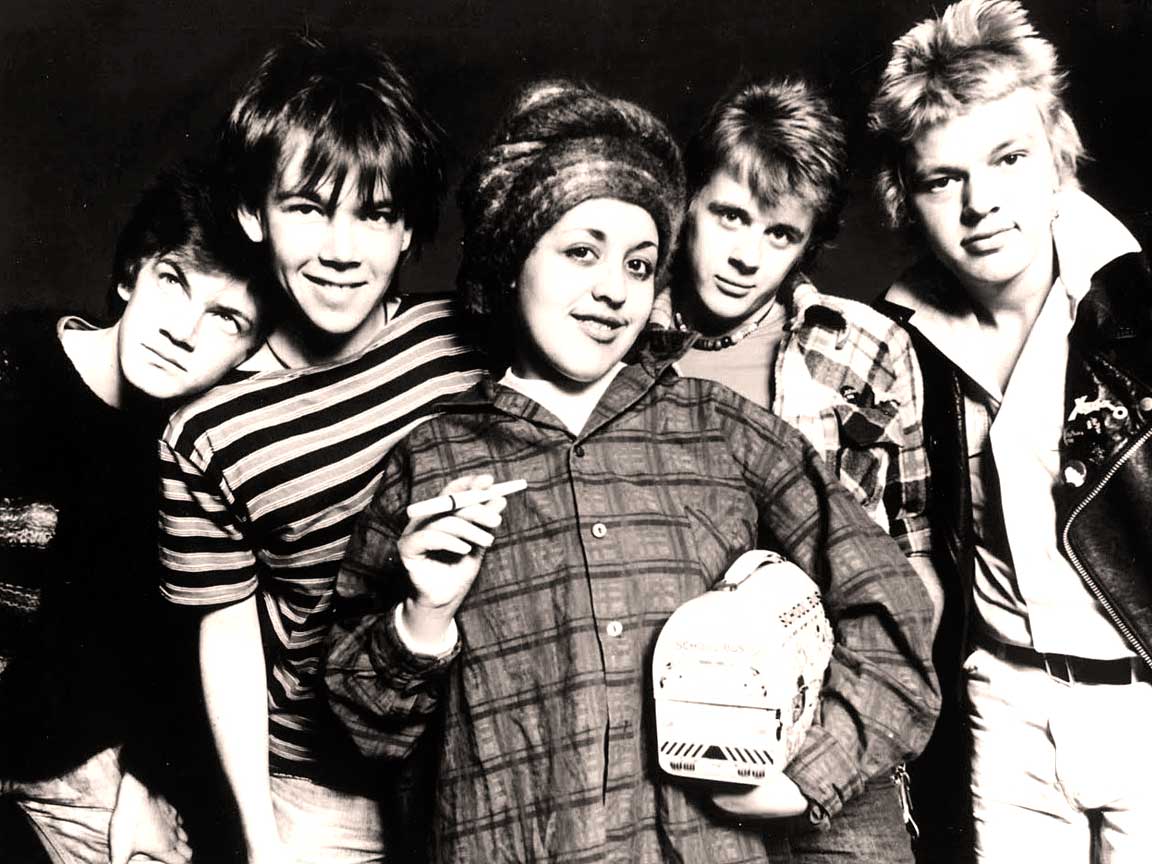 X-Ray Spex - Deliberate underachievers, but they did give us an Anthem.

X-Ray Spex – Deliberate underachievers, but they did give us an Anthem.

Continuing our 40th anniversary observance of the birth of Punk, a session tonight from X-Ray Spex and the inimitable Poly Styrene. Their first session for John Peel, recorded on February 20, 1978.

Short lived during their first incarnation (1976-1979) and with only one album and five singles, X-Ray Spex managed to become icons for the Punk movement, via their debut single Oh Bondage, Up Yours, which became an anthem. And their debut album, Germ Free Adolescents, which became widely acclaimed as a classic album of the Punk Rock genre.

Much of it had to do with the presence of Poly Styrene, who was as much a fashion statement as singer. Although her voice had been described alternately as “effervescently discordant” and “powerful enough to drill holes through sheet metal”, it perfectly captured the essence of what Punk was all about; outrageous, immediate and in-your-face. They became cemented in the movement, and further spread their popularity to the U.S. by doing an extended stay at CBGB in New York. It has also been said that Poly Styrene represented the new Feminism, springing up in Pop Music – and her contributions eventually led to establishing the GRRRRL movement some 15 years later – although it’s been disputed, even by Styrene herself – you can’t help but think someone was thinking about her when it got started.

Short lived, but a crucial link in the Punk Rock genre, one that is synonymous with the frantic years, starting in 1976. A year where a lot happened, a lot got started and a lot of change ensued.

Maybe you missed it – well, you get to celebrate how it got started 40 years ago and pretend you’re hearing it for the first time.

I would suggest you crank this one up.