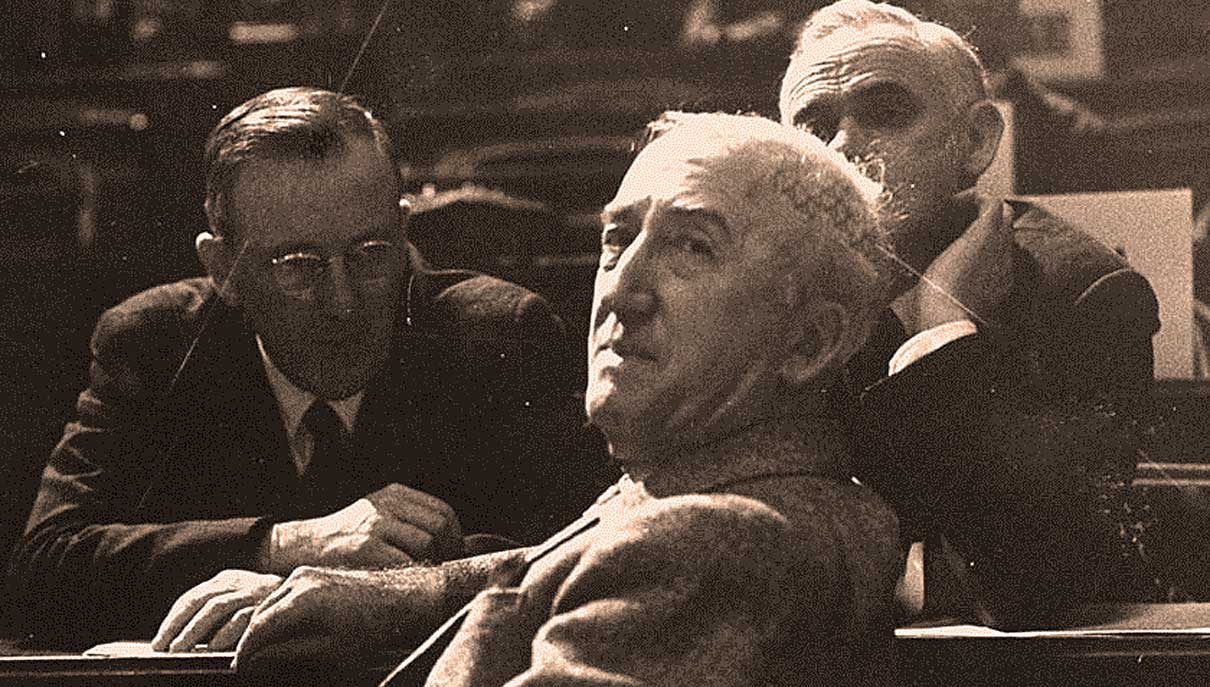 Report On The Foreign Ministers Conference – May 20, 1946 – Past Daily Reference Room

As the slow road to Peace was underway, bumpy at times. The latest round of Peace talks took place in Paris in May of 1946. The first meeting, which took place in 1945 in London was marred by squabbling between the U.S. and the USSR. A second Foreign Ministers Conference took place in Moscow a few months later, and it was considerably more productive – still, there were sticking points. This latest set of talks, taking place in Paris, as France had joined the Council of Foreign Ministers further laid groundwork and the final wording for what would be the Paris Peace Treaties of 1947, ahead of a future meeting of the Ministers in New York between October and December of 1946.

Giving a report card on the sessions, Secretary of State James Byrnes made a nationwide address and outlined what was accomplished during this session. The principle area of discussion was regarding the treaty with Italy, but no firm resolution had be arrived at, and the discussions were left to be continued in October when the Council resumed in New York. Since the May Council Meeting adjourned until later on in June, some issues were still left to be discussed during this session. The question of the unification of Germany and if it was a possibility. There were some, even in the Soviet Union who were in favor of reunifying Germany, but that all remained to be seen and discussed. Secretary Byrnes did put forth a proposal to declare Germany a Demilitarized zone for a period of no less than 25 years. But that idea was rejected by Soviet Foreign Minister Molotov as unworkable, and went on to say some German Army units were still armed and mobilized, primarily in the British sector (the claim was not backed up and was doubted by both Britain and the U.S.).

But this Conference continued along a hopeful note, which was a far cry from the embattled first Foreign Ministers meeting in London during September of 1945.

Further evidence the Peace process and the end of World War 2 and the beginnings of the United Nations were not easy, and only overcame hurdles by relentless negotiatons.

Here is that address by Secretary of State James Byrnes, as it was delivered on May 20th 1946.