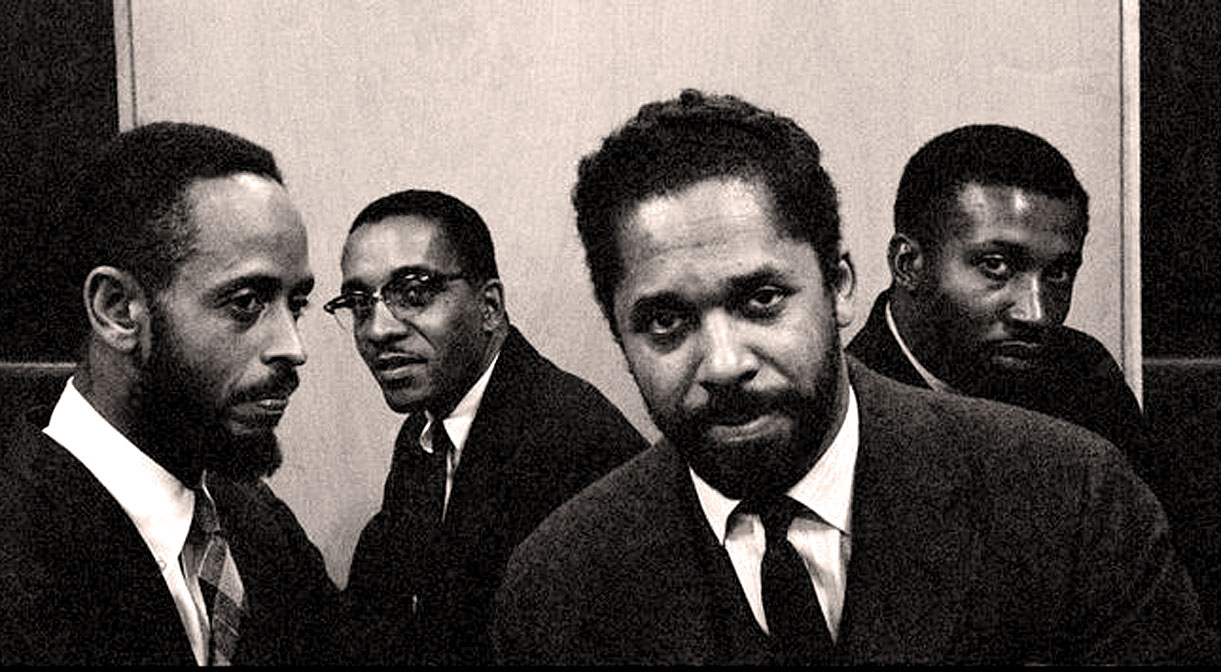 Modern Jazz Quartet (MJQ) this week. An extraordinary group, who not only typified Cool Jazz but became the model of restraint and elegance, using a sophisticated counterpoint, while maintaining a strong Blues feel. Each of the four members were respected artists in their own right. John Lewis, piano, was a composer of a wide range of music and an arranger as well as band leader. Milt Jackson on vibes was much sought after as a collaborator, and worked with a virtual who’s who in Jazz – it was his high demand and insane touring and recording schedule which prompted him to leave the MJQ in the mid-1970s. They reunited later on and continued until 1993 when drummer Connie Kay died, prompting the end of The Modern Jazz Quartet.

But over the years, since their inception in the late 1940s, a flood of recordings – both official and live, have furthered the legend of the group and continue to be discovered by new audiences and fans. The thing about The Modern Jazz Quartet; they were/are timeless.

This concert, part of the Newport Jazz Festival tour in 1970, brings the band to Oslo for a performance on October 21, 1970. luckily recorded and preserved by NRK, the Norwegian broadcasting network. A lovely recording that epitomizes the MJQ style – restraint, yet swinging.

John Lewis was once quoted as saying there was a direct correlation between the music of Bach and the Blues. In the late 1980s, Lewis proved that point by issuing a series of recordings of the Bach Preludes and Fugues as realized by John Lewis. Not only did he prove his point, he provided ample reason that music is universal – and in temperament, there is much that is similar between a Classical Chamber Music ensemble and a jazz ensemble. One relies on strict adherence to the score, while the other starts with the score and improvises – the similarities are the commitments and the unity of spirit which allows the group to play as one cohesive unit. Both are very cool to watch.

In their quiet way, The Modern Jazz Quartet were pioneers and made the world of music smaller, while expanding the horizons which it was sampled and enjoyed.

If you haven’t discovered the music of The Modern Jazz Quartet, you really need to check this out for starts, and work your way over to the vast catalog of albums, still in print.