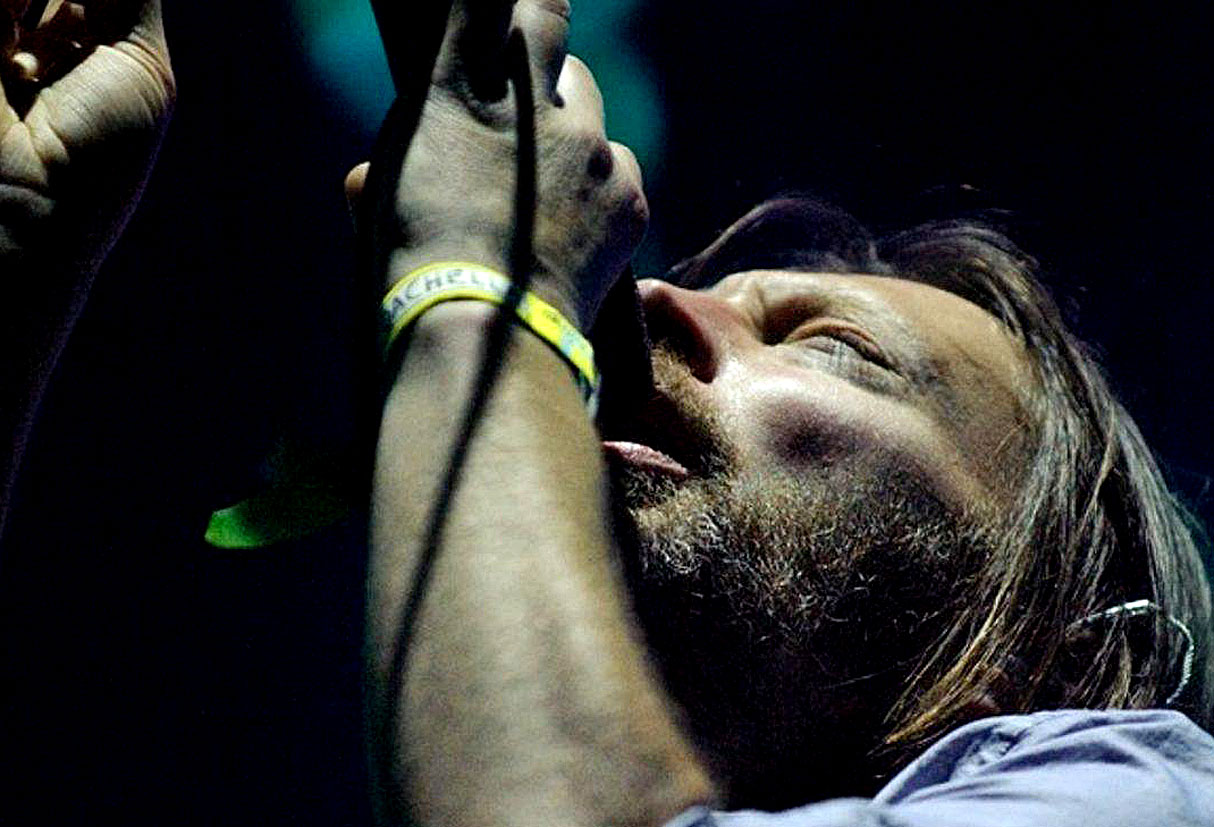 Radiohead, on the opening night of their first tour in four years, and to celebrate the release of their ninth album, A Moon Shaped Pool. Recorded last night, May 20th before a capacity, sold-out audience at Amsterdam’s Heineken Music Hall.

The anticipation over A Moon Shaped Pool, considered the most adventurous and compelling album by Radiohead so far in their career, has been enormous. BBC 6 Music had a Premier Playback Party the day the album was released, hosted live on-air by Tom Robinson with tweets from fans flooding BBC 6 Music’s webs. Reaction has been uniformly astonished – Radiohead fans (and there are a lot) have embraced the album and hailed it as a new direction for the band – a departure from simplicity to exploring more intricate musical ideas, provided primarily by Jonny Greenwood, who has established himself as a composer of considerable merit and ideas.

Opinions on this side of the Atlantic have been more reserved, with some largely uninformed and misinterpreted. Some have gone so far as to make comparisons to popular Mainstream acts – which is not only inappropriate, it has nothing to do with mainstream.

Regardless of opinions over this latest giant step in the legacy of Radiohead, the music is engaging and haunting – challenging and cathartic. Thom Yorke is enveloped by the music; his words ring emotion and truth – at times he seems possessed, caught up in the moment, consumed by it. Yorke doesn’t pay lip service to his music – he honors it. And when you honor something, you can’t phone it in – can’t pass it off.

Since this concert was the first of the tour – the opening night, as it were, some things were rusty in places. But it took very little time for the band to settle into a groove. It will be interesting to hear how this concert will sound a few months down the line, after they’ve shaken off the nervous anticipation and settled in.

I hope to be able to run at least one more concert from this tour, just to give you some idea of what’s going on. At a little over 2 hours, it’s a feast of new and old. But even at 2 hours, it goes by quickly.

If you’re going to one of the concerts during this tour, you are lucky – since tickets went within minutes, and every venue has been sold out well in advance.

If you aren’t going – here’s at least a sample of what Radiohead is up to now.