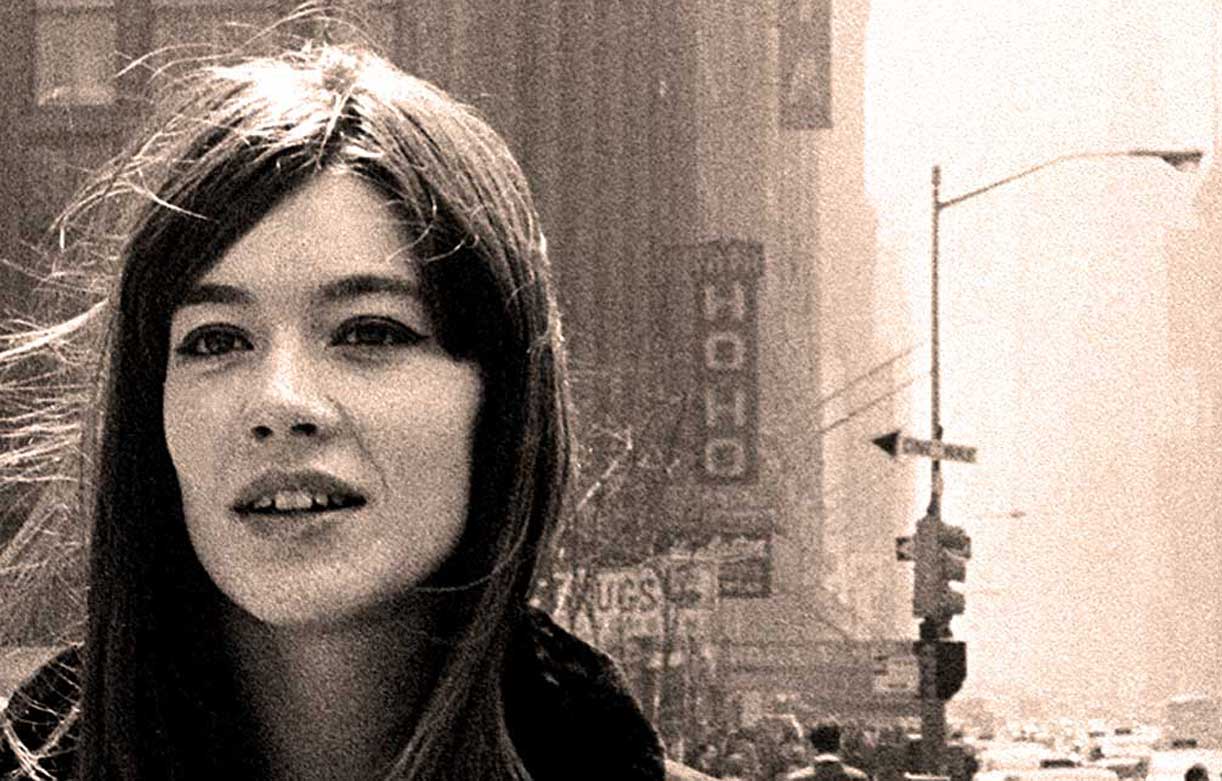 Francoise Hardy - Made such an impression that even Dylan mentioned her in a poem.

Francoise Hardy On The Radio 1965 – Past Daily Soundbooth

Francoise Hardy – Made such an impression that even Dylan mentioned her in a poem.

The only problem with the British Invasion of the mid-1960s was that it overshadowed just about everything else that going on musically in the world. In the early 1960s, the French were undergoing something of a mania themselves; Yé-Yé was a genre, a form of French Pop singing made famous by teenage girls – many of whom went on to became prominent artists and songwriters in the decades after. One of the most famous, in fact most recognizable of that genre was Francoise Hardy. A singer who became an icon on many levels – not the least in the world of Fashion, where her stunning looks made her a sought after figure in the world of haute couture. Coupled with her musical talents, a gift for songwriting – a recognizable (though admittedly not strong) voice and a gift to be seen in the right places at the right times, Francoise Hardy became an international star. Well . . .mostly. America was slow to respond. And her music, because it was in French (with the exception of one album in English) created a problem with audiences not used to hearing anything but English sung. But America did recognize Hardy as a Pop Star (she was pictured with Mick Jagger and Keith Richards), fashion icon (all the Vogue Magazine covers) and film personality (she appeared in Le Mans, a huge hit at the time). Her music took a detour, with only a small portion of her albums issued here.

If you wanted to know about Francoise Hardy, you had to ask people across the Atlantic – and her fans were legion.

She recorded a prodigious amount – and still records to this day. But her live performances from the early days of her career are not that common. Particularly her radio appearances which, for whatever reason, have not been easily available over the years, even via the French Culture site INA. So it was difficult to get an idea of what Francoise Hardy sounded like in concert, rather than relying on her studio albums, to get an idea of what audiences were responding so well to.

So I ran across this series of radio appearances, which are excerpts of longer concerts that she performed at l’Olympia in Paris between 1963 and 1965. So far, there are about 4 of them – it would be wonderful if there were more. And from the sounds of it, these were recorded by someone who was a fan who recorded them off the radio (sadly, not FM). One wonders where the original tapes are, if they have indeed survived. Whatever technical drawbacks there are, they offer a tantalizing glimpse into an artist before an audience, responding to that audience; giving a no-safety-net performance – and doing it wonderfully well.

This excerpt comes from an appearance at l’Olympia on August 1, 1965 – a busy year for music on a lot of levels, and Francoise Hardy has made a name for herself on both sides of the English Channel – as well as gathering a huge number of fans, including peers. Bob Dylan wrote a poem where she is mentioned “Some Other Kinds Of Songs” appears on the cover of Another Side Of Bob Dylan from 1964. Francoise Hardy epitomized the state of French Pop Music in the 1960s – her contributions are still being discovered and her albums are still in print.

Further evidence; when you do something well, you are appreciated forever.