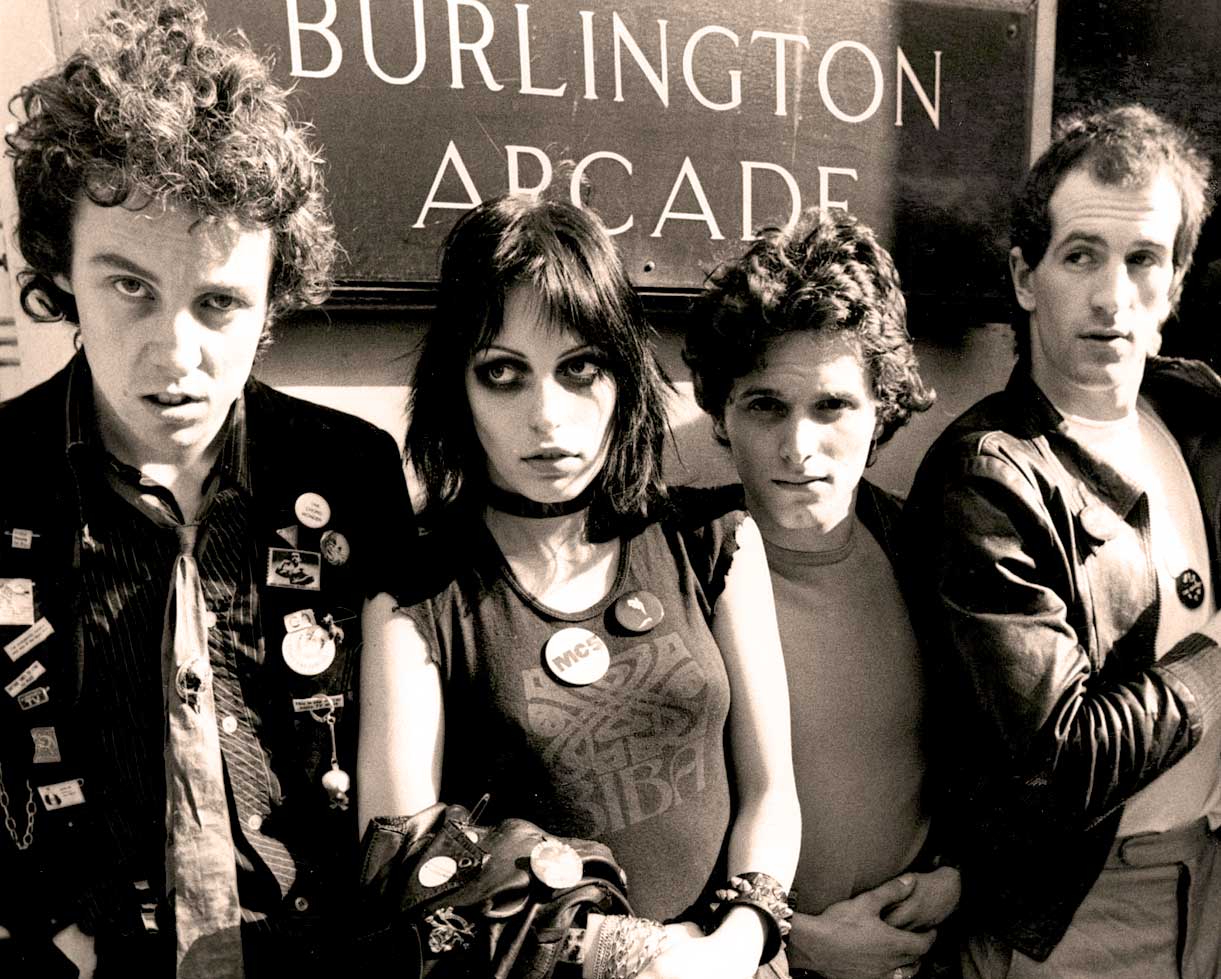 The Adverts - Came and went with lightning speed, but did have Gaye Advert, First Female Punk Star.

The Adverts In Session 1977 – Past Daily Soundbooth

The Adverts – Came and went with lightning speed, but did have Gaye Advert, First Female Punk Star.

The Adverts in session for John Peel tonight. Together only 3 years, but were the first Punk band to enjoy chart success and boasted bassist Gaye Advert as the First Female Punk Star (according to The Virgin Encyclopedia of 70s Music). Their first released single was Gary Gilmore’s Eyes, which was controversial and described by one paper as “the sickest and cleverest record to come out of the New Wave” – it was also designated by Mojo Magazine as “one of the best Punk Rock singles of all time”.

They also toured considerably and opened for a wide range of acts, from The Damned to Iggy Pop. Their debut album, Crossing The Red Sea has been widely regarded as one of the best Punk albums to come out of the 70s, and according to some reviews, compared it alongside the Clash and The Sex Pistols as one of the most memorable albums to come out during that period.

But things went south rather quickly. First involving lawsuits by former members and finally, by the accidental electrocution of the bands manager Michael Dempsey. It was that final incident that caused the band to dissolve, and with it, the future of The Adverts.

In retrospect, The Adverts legacy has continued – critic and Author Dave Thompson pointed out that “nobody would make music like The Adverts and nobody has since. In terms of lyric, committment, delivery and courage, they were and remain the finest British group of the late ’70s”.

So if you missed them the first time around, or only heard about them, but never actually heard them, here is the second session The Adverts did for John Peel, as it was recorded on August 23, 1977.