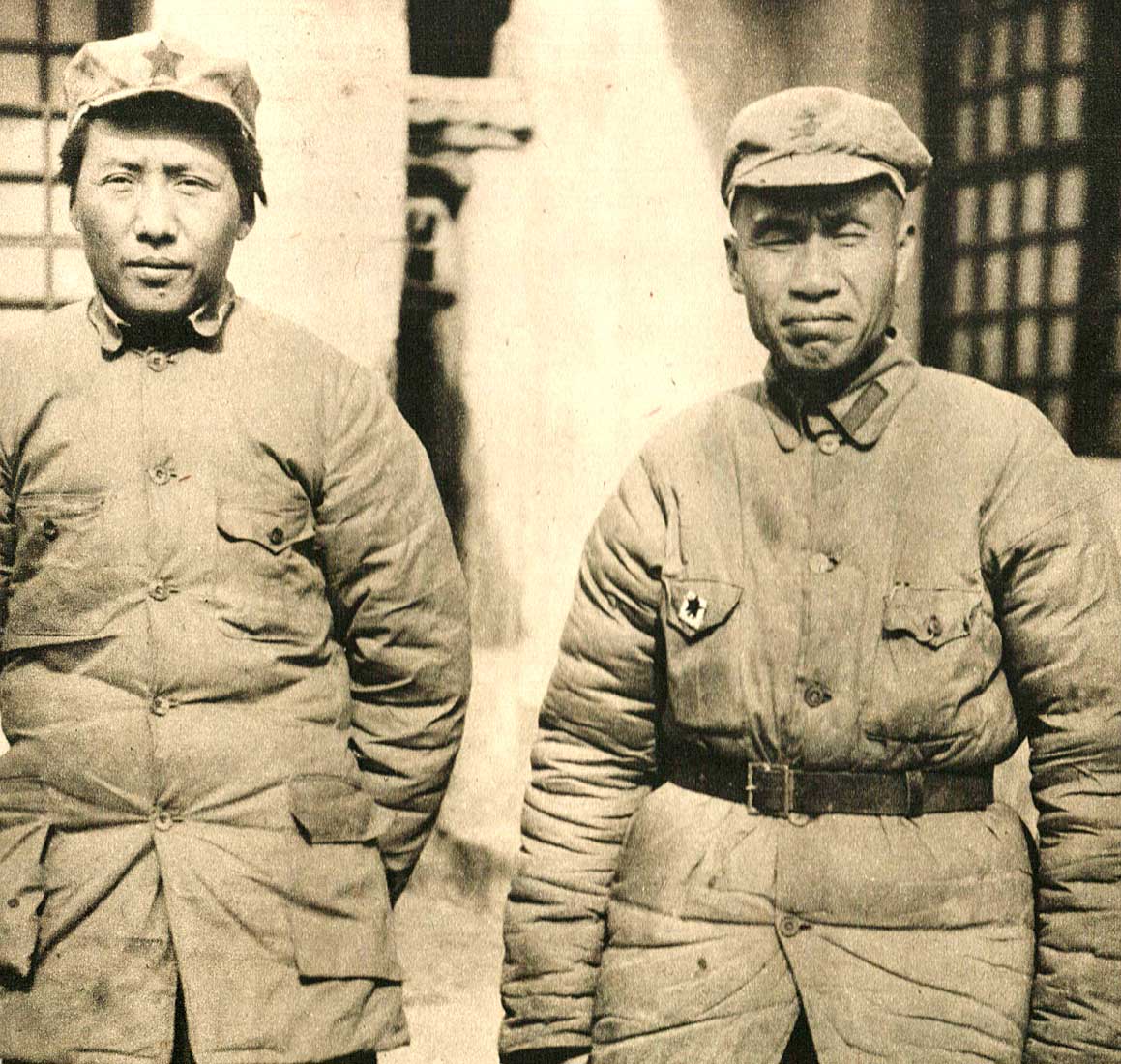 Mao Tse-Tung and General Chu Teh - the elephants in the room.

Mao Tse-Tung and General Chu Teh – the elephants in the room.

Post-war Far East. The long process of rebuilding and negotiating. The question in 1946 had much to do with China. Under attack and at war since 1937 – overrun by Japanese troops and losing Manchuria to Japan until the end of the war came, China was once again whole, but how long would this last. The disarray of the Kuomintang under Chiang Kai-Shek, the in-fighting and the growing threat of Communists under the leadership of Mao Tse-Tung, all brought into question what was the solution for China – how would this vast country be unified. How would Manchuria rebuild and what was the new China going to look like?

There was talk, and there were skirmishes between the forces of Shek and the forces of Mao. But the Chinese Communists were a rag-tag bunch of rebels many thought wouldn’t be around for much longer.

But the nagging question remained – what was going to happen to China, if their current state of government were going to last.

Truth was, nobody knew. Having another country falling into Communism, especially one so close to the Soviet Union and the not-so-thinly veiled threats coming from Communist countries during the formation of the United Nations. The notion of having yet another major nation enveloped by Communism didn’t set well with a number of observers.

But there was the prevailing notion that Mao was offering something the vast majority wanted which the long-standing Kuomintang couldn’t offer.

And so the subject over what to do with China was the topic for discussion on this episode of the NBC weekend Radio program Our Foreign Policy, airing on May 25, 1946 – exactly 70 years ago today.

China has changed considerably over the years – having become more of a Capitalist society than a starkly Communist one. To get a better idea of how things were evolving during that pivotal period of time, and how the feelings of the average Chinese worker and farmer, whose lands and cities were decimated by the invading Japanese were turning more questionable over the weeks and months. That rebuilding was coming slow, and in the meantime, people were starving and the rebel armies were gaining strength.