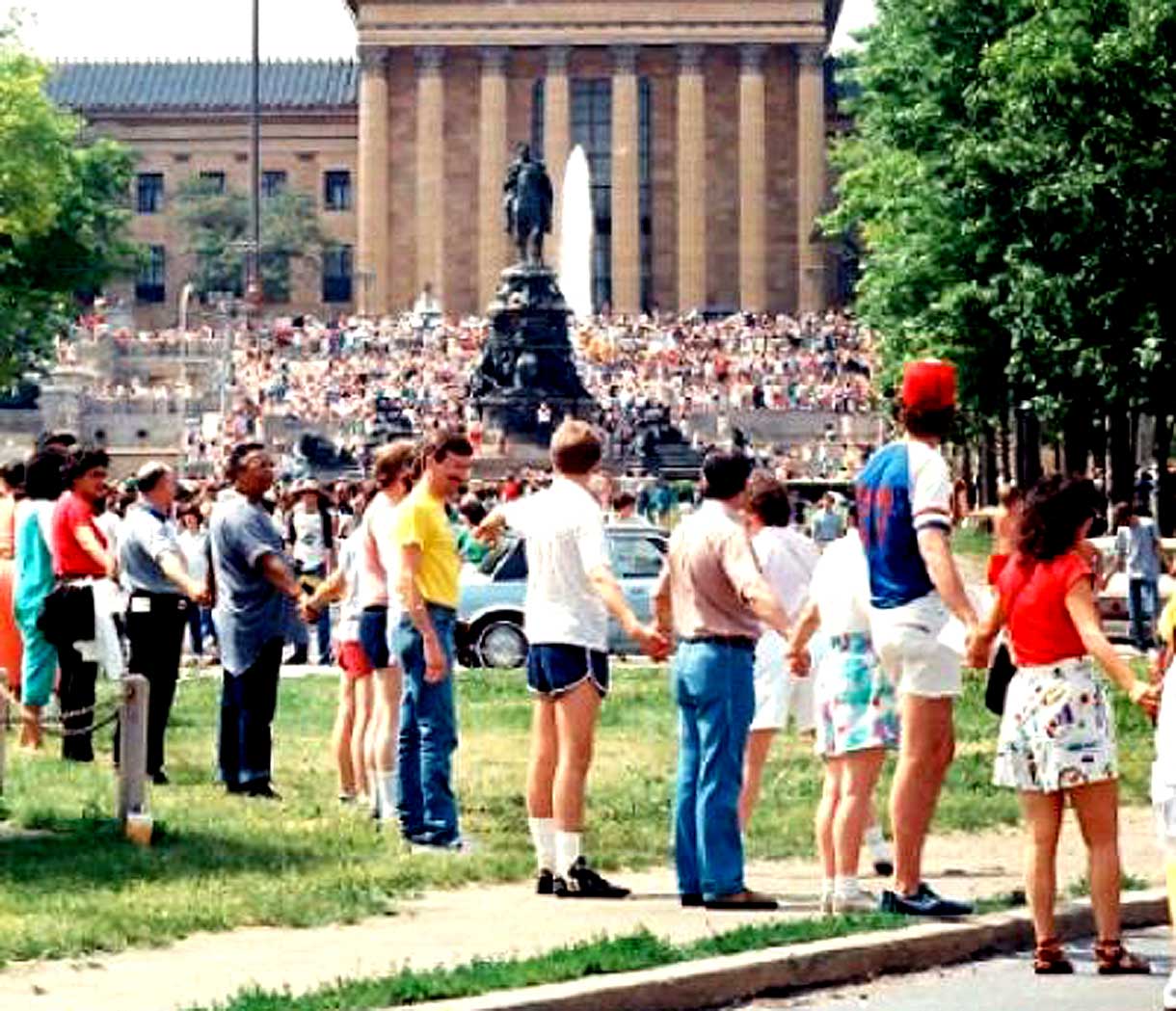 May 25, 1986 – Thirty years to the day, America held hands with each other in the name of poverty and hunger and it became a huge media lovefest. Hands Across America was the brainchild of Ken Kragen; Film and TV producer and Music Manager. The Event was well publicized, eclipsing another event; Sport Aid, a benefit by sports figures to fight famine and provide relief for African nations. Hands Across America was designed to provide aid for hunger and homelessness in America as well as Africa. Some 6.5 million people formed a human chain across the 48 contiguous states (with Hawaii staging their own Hands Across Hawaii for the same time). Amid much hype and ballyhoo, the event went off on schedule and fundraisers claimed the event raised some $34 million – however, later estimates drove the figure down to $15 million actually distributed to the appropriate hands.

Despite reality, it was one of those “feel-good” moments which defined the 80s. Notables and volunteers donned Hands Across America t-shirts, opened checkbooks and reveled in face-time on local news channels. It was for a good cause, and the 80s were a decade loaded with good causes. Live Aid, Farm Aid, USA For Africa – there were many, and seemingly more every day.

But there was other news on this May 25 – the Indianapolis 500 was delayed starting owing to rain. It was scheduled to begin the following day.

In Lebanon, rumors that some of the hostages held by extremist groups could possibly be released soon. Two Lebanese newspapers were quoted as saying as many as 8 French kidnap victims could be released in a week or so. And another report claimed some American hostages would also possibly be released. The State Department was said to be checking into it. And CBS News revealed that French Diplomats claimed they have information pointing to Iran as being the key to the hostages release.

And that’s just a little of what went on, this May 25, 1986 as reported by CBS Radio Hourly news.