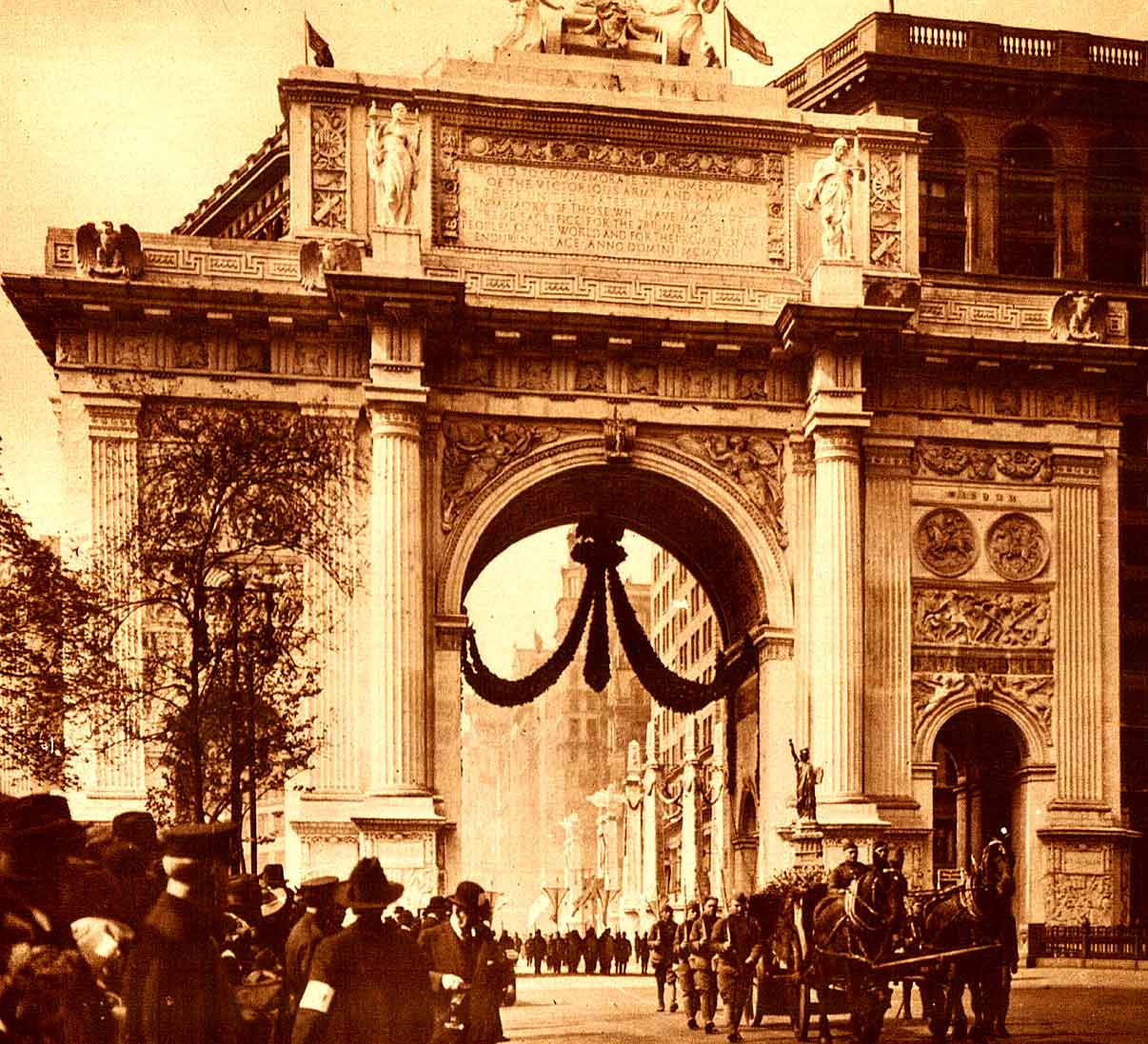 Amid Promises it would never happen again. . . .

Amid Promises it would never happen again. . . .

Memorial Day – In 1923 it was observed by the return of some 5,212 war dead from Europe, fallen during World War 1 – the “War to end all Wars” – the war everyone vowed would never happen again – the war that was the worst and most destructive in history. A war considered so ghastly that the thought of it happening again brought dread and revulsion from anyone who had taken part in it.

And so on Memorial Day May 23, 1923 – almost five years since the end of fighting, the Americans who died were finally brought home.

On hand to commemorate the arrival was President Warren G. Harding, who served from 1921 until his death in August of 1923. Harding was a popular President at the time, running on the campaign theme “Return To Normalcy“. It wasn’t until after his death that a wave of scandal came to light and tarnished his legacy to the point where, in the final result, he was considered one of the worst Presidents in U.S. History.

But this was before Harding’s death and before the scandals broke. It was a time of repair and an attempt to heal from the devastating wounds left by World War 1. The League of Nations was floundering, with the U.S. unwilling to sign a ratified Treaty of Versailles, and there were indications the U.S. would no longer participate in the League Of Nations at all.

So even thought there was talk of peace, and an overwhelming desire not to allow a repeat of World War 1 to happen again, there were signs and indications another war could happen over time. The world was in a state of change. A new word was creeping into the English language: Bolsheviks – and the process of breaking up the Austro-Hungarian Empire would set the stage for more conflict.

But on this Memorial Day, it was remembrance of those who fell, fighting for what they believed in and believed to be right. It was a time to reflect and honor those who died fighting a war. The future hadn’t happened yet – the future continued to be a mystery.

Here is that address as given by President Harding from Hoboken New Jersey on the occasion of the arrival of 5, 212 war dead from Europe from May 23, 1923.