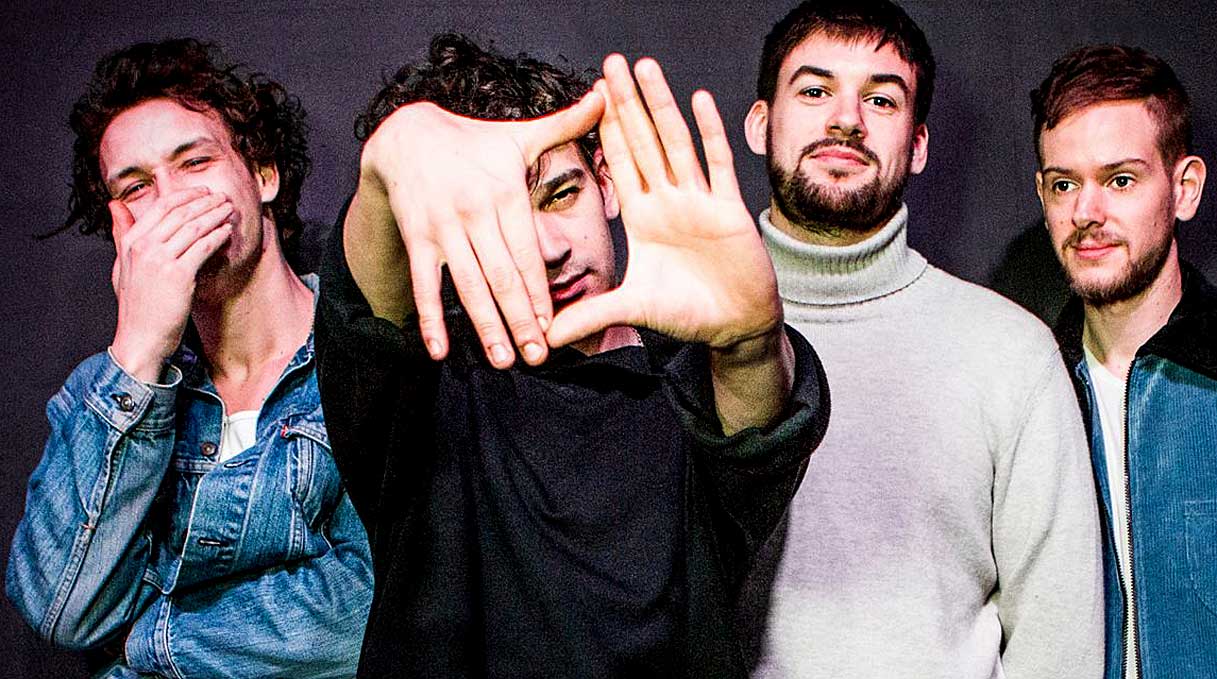 The 1975 - Cheerfully extolling the virtues of dark and youthful themes of sex, love and fear, not in any particular order.

The 1975 – Cheerfully extolling the virtues of dark and youthful themes of sex, love and fear, not in any particular order.

As the Spring Festival season gears up for the upcoming week, we’re still savoring those moments of last weekend with The 1975 and their enthusiastically received set during BBC Radio 1’s Big Weekend festival in Exeter.

The 1975 have been together since 2002. But it wasn’t until 2013 when they issued their debut album that the whole world seemed to take notice. The 4-piece Alternative band from Cheshire, fronted by Matthew Healy had released 4 eps between 2012 and 2013, but it was their self-titled debut album, released in September of 2013 which opened at Number 1 on the British charts that The 1975 had arrived. Their second album, I Like It When You Sleep, For You Are So Beautiful yet Unaware Of It, entered the British and U.S. charts at Number 1 in February of this year.

Needless to say, it’s been a watershed string of hits for the band, and there appears to be no letting up. By their own admission they are a post-modern pop band with a “million different influences” – and that probably fits the description pretty well. Even though they are “officially” labelled an Alternative band, they cover a lot of bases.

Needless to say, their appearance at Big Weekend was well received and it kicks off a major world tour, which will take them all over Europe and on to Japan and South America (7 east coast U.S. dates, from the looks of it) between now and September. Next stop is Rock am Ring in Mandig Germany on June 3rd and an appearance at Glastonbury later on in June – between those two dates are the eastcoast U.S. dates. They have a full plate.

So if you’re not familiar with The 1975 – or maybe have heard about them – click on this set and get caught up. If you are familiar and you’re a fan, here’s what they’re up to this Spring/Summer.

Crank it up – this weekend we head to Barcelona for Primavera Sound 2016.