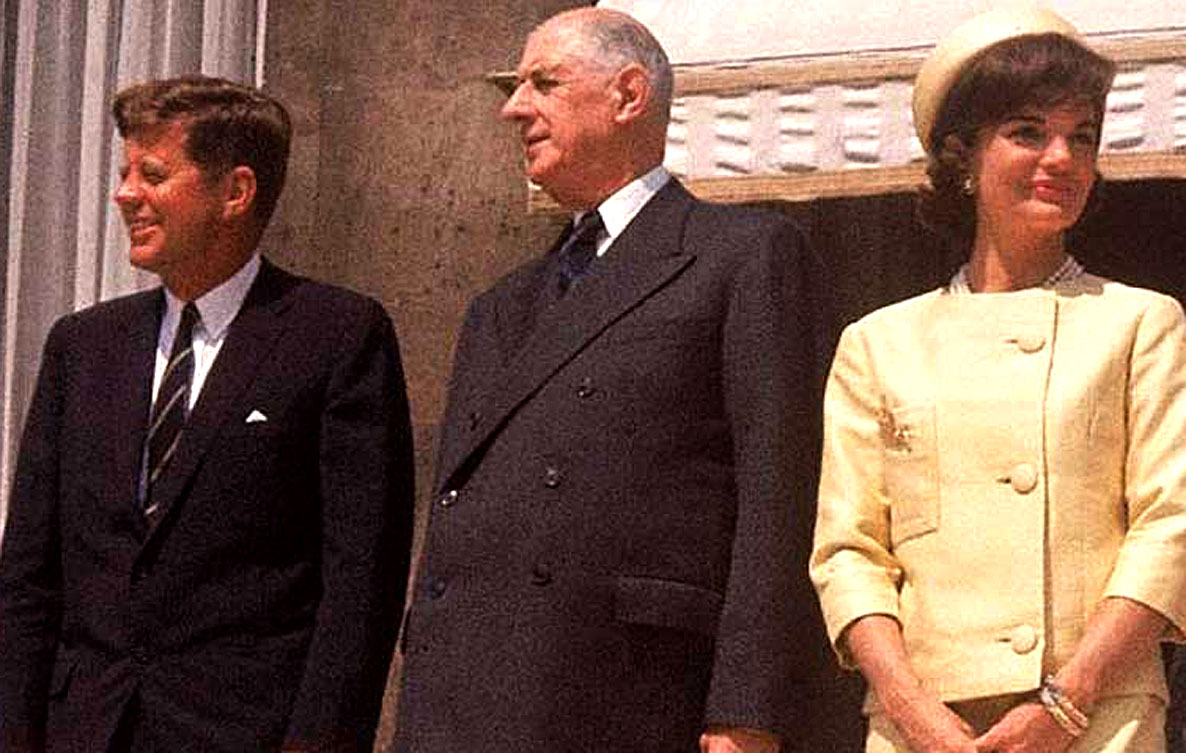 June 2, 1961 – It was the last day of a historic visit to France by President Kennedy and the First Lady. According to the White House communique, talks with Charles De Gaulle were upbeat and positive, but nothing specific was mentioned, but areas covered were the Soviet Union, Africa, Asia and Latin America, including aid to underdeveloped countries. For all intents and purposes, the Kennedy visit to France was a hugely successful one – not the least of which was the presence of First Lady Jacqueline Kennedy, of whom JFK remarked during a Press Conference: “I was the man who accompanied Jackie to Paris”. The talks with De Gaulle however were fruitful, and stressed the agreement between the two Presidents, particularly over the issue of the divided Berlin. Not discussed were the obstacles which lay between the two countries.

The end of this day meant the end of the first leg of Kennedy’s European trip. The following day, June 3rd it would be on to Vienna and what was termed the somber part of this overseas visit. In Vienna he was scheduled for talks with Nikita Khruschev over matters of East-West tensions and the ongoing Cold War. It was expected to be a much tougher challenge, especially since the previous set of talks, slated to be between Khruschev and then-President Eisenhower were abruptly cancelled over the U-2 spy plane incident. Amid an air of distrust, the anticipated areas of discussion were the divided Berlin and the banning of nuclear weapons. Both subjects, it was assumed, would be pressed particularly hard by Khruschev. President Kennedy, addressing the subject of Berlin during a Paris press conference earlier in the day, said both he and General De Gaulle were in agreement and that they would feel it inappropriate to have their statutory rights in Berlin changed by force or the threat of force. He went on to say that he hoped an agreement on the ban over nuclear testing could be reached at the upcoming conference in Geneva, and he added that if they couldn’t reach an agreement on that subject, how would it be possible to set up the kind of inspection system for control of other weapons.

So fingers were crossed and breath was held as the White House team packed up and got ready to leave for Vienna in the next few hours. It was a monumental and historic tour by the new President and a lot of hopes were riding on it.

Here is that report, as given by NBC News correspondents on this final wrap-up of events for June 2, 1961 and the look ahead for June 3.