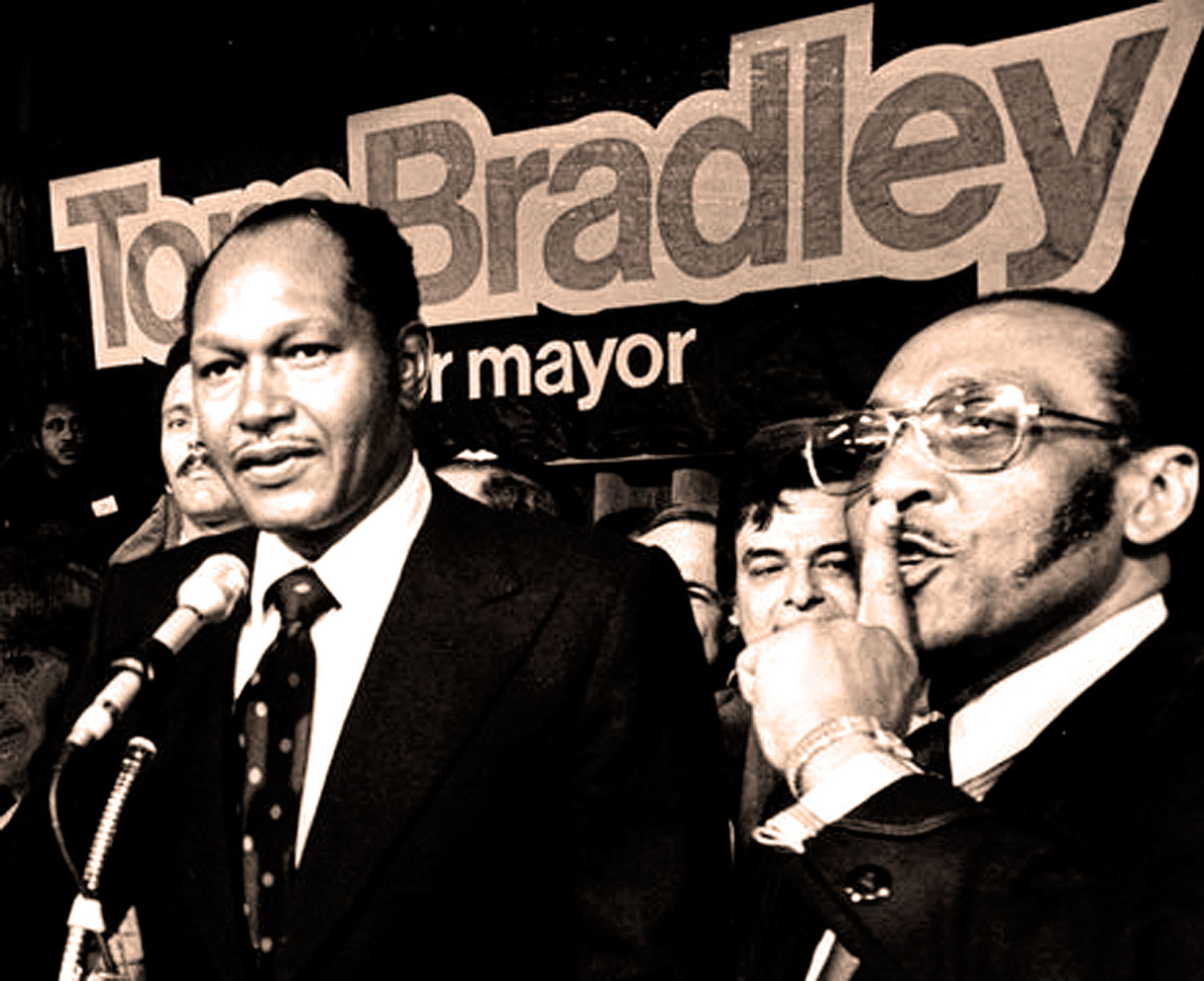 In what was initially thought to be a close race wound up being a landslide victory for Tom Bradley, Los Angeles’ first Black Mayor and only the second Black Mayor of any major American City. He also was the longest serving Mayor (1973-1993). He ran an unsuccessful campaign for Governor in 1982 and his approval ratings dropped precipitously around the time of the Rodney King/Los Angeles riots of 1992.

But in 1973, Bradley swept into office as a breath of fresh air. Previous Mayor Sam Yorty, whose somewhat turbulent tenure in office (1961-1973), was looked at as something of a loose cannon, who was frequently gone from Los Angeles, spending massive amounts of the city’s money on various “sister cities” and who managed to embarrass Los Angeles during the events surrounding the Robert F. Kennedy assassination in June of 1968.

So Bradley, after an early attempt to unseat Yorty in 1969 proved unsuccessful, ran again in 1973 and by then it was a complete reversal of fortune.

Bradley also came along at a time Los Angeles, like most of the rest of the country, was caught up in the scandal of Watergate – and less-than-ethical or truthful candidates were feeling the wrath of fed-up voters.

In this episode of ABC News Issues and Answers, Bradley is quizzed over his victory and grilled about his views on everything from Mayoral travel, Vietnam and Watergate to city planning and rapid transit. Also, big on the agenda were questions about feelings of being a Black Mayor in a predominately White city and how would the issue of race affect his ability to run a city like L.A.

As a reminder, here is that episode of Issues and Answers, as it aired on Sunday June 3, 1973.