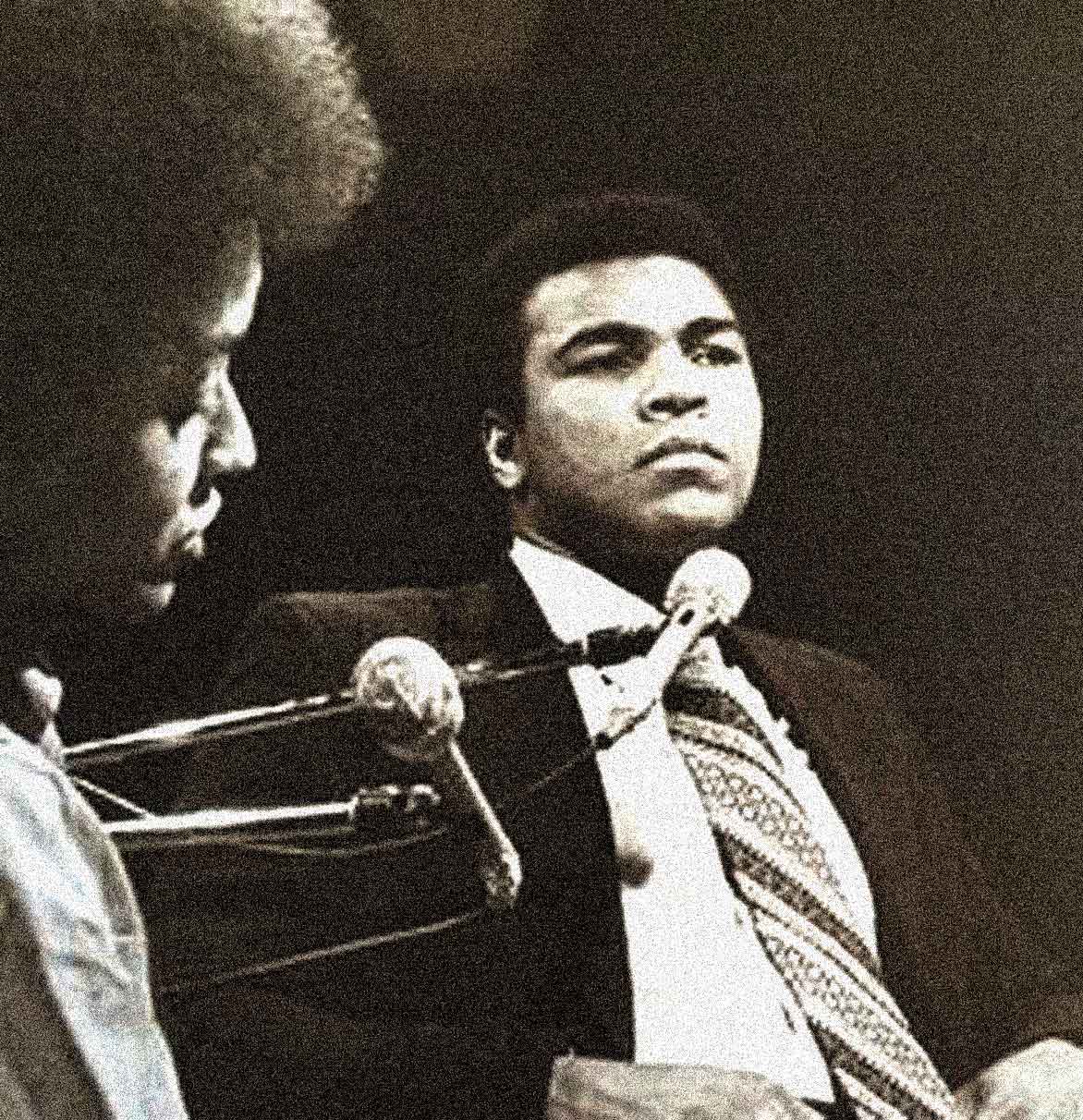 Muhammad Ali with Nikki Giovannia (L) - reflecting on life - not so much on the ring.

Muhammad Ali with Nikki Giovanni (L) – reflecting on life – not so much on the ring.

With the sad news of the passing of legend and icon Muhammad Ali, I was looking for something that expressed who the man was – not so much the fighter, the Pop Culture icon, but rather the human being. The man who was loved by so many, not for his fights, but for his spirit. Not so much for the winning as much as the quiet accomplishments; the family, the people he helped by his example and his gift.

So I ran across this interview, conducted by Poet and writer Nikki Giovanni for the NET (pre-PBS) program Soul! from January 5, 1972. And even though he does devote some time to his legendary moments, he also talks about his activism, his cautions to young Black men, growing up and dreaming of a career in the ring – talking about his kids and the people around him.

Sometimes it’s the quiet things that get lost in the clamor for remembering the big moments. If you are of a certain age, you will no doubt remember the fights with Sonny Liston – even earlier, the 1960 Olympics where the former Cassius Clay came into the spotlight. The activism, the conversion to Islam – the change from Cassius Clay to Muhammad Ali – the resistance to the draft and his unwillingness to fight an enemy he had no quarrel with – fighting the racism that plagued his life and the life of practically every Black person living in America in the 1960s. His outspoken criticism of institutions and prejudices – but his basic deep-down love for people. Only to be matched by their love for him – and the love and respect for this giant, this icon, this legend is overflowing today. We all remember when we first saw or heard something about him – or maybe the first time we met him. Whatever it was and for whatever reason, the legacy of Muhammad Ali will continue for decades and generations to come. He did so much in this life and was such an example to so many – it will be impossible to forget him.

So, as tribute to the man, here is that interview from 1972 between Nikki Giovanni and the legendary Muhammed Ali.