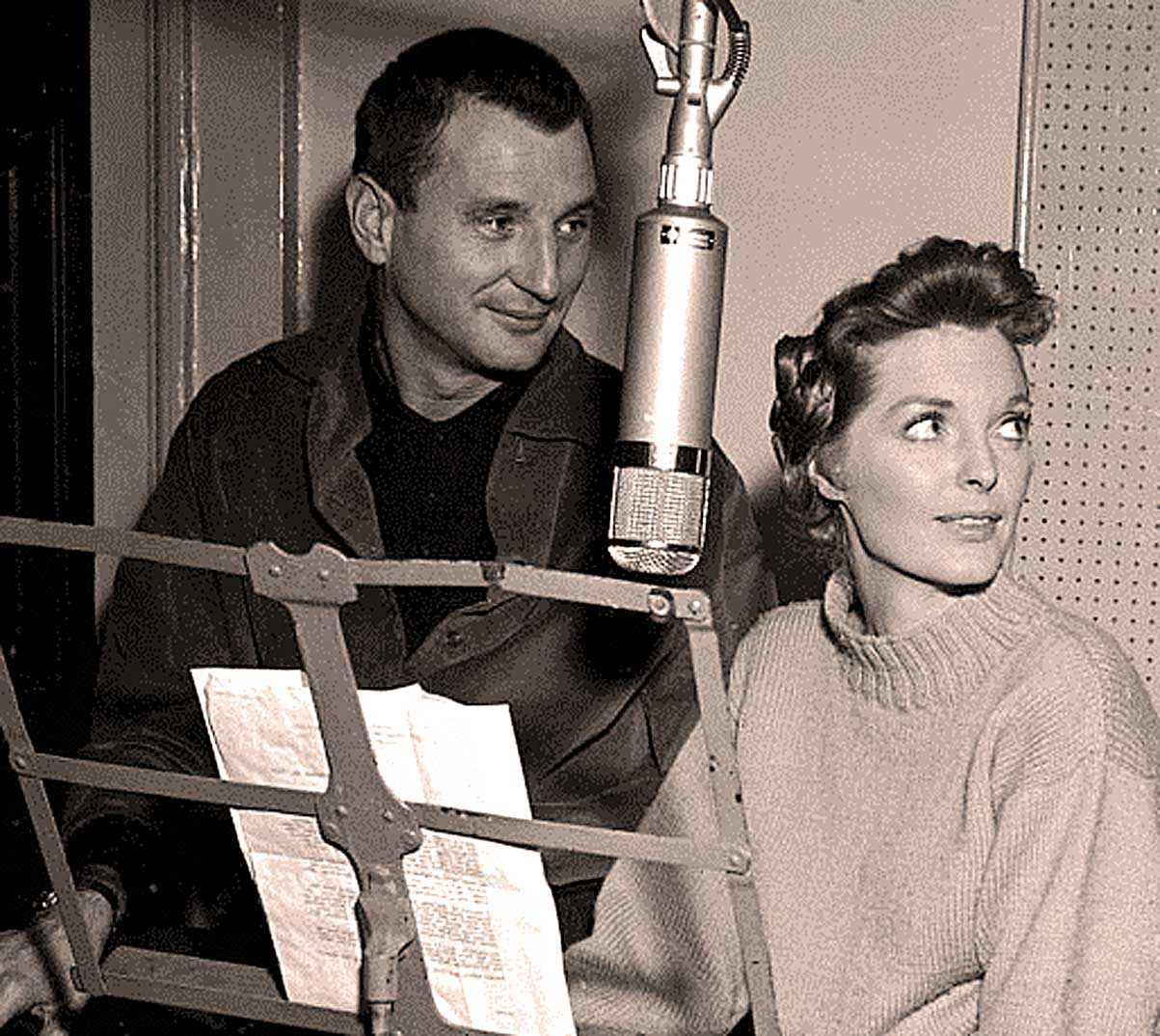 Julie London with Bobby Troup - adding sultry to the proceedings.

Julie London with Bobby Troup – adding sultry to the proceedings.

The sultry voice of Julie London this week, accompanied by significant-other Bobby Troup and his trio, in performance at the fabled Cameo Room in New York City – recorded by NBC Radio on February 13, 1956.

Back in the 1950s, when you could be a lot of things, Julie London was a Sex Symbol, Pop Culture icon, Performer and Singer. Her biggest hit, the one which had significant influence on her career was Cry Me A River. It was a song which transcended genres; from mainstream Pop to Jazz, and it broadened London’s career as the result. Bobby Troup, who was also London’s husband, was a significant writer of many Pop hits – the biggest being the standard, (Get your kicks) On Route 66. A song covered by practically everyone over the decades since it was written and, like Cry Me A River, transcended many genres.

This performance, part of a week-long stay at The Cameo Room, puts London and Troup together, in a setting they often performed by – the husand-wife team; Troup with his laid-back easy-Jazz and Julie London with her sultry and luxuriant renditions of a wide range of songs.

You might think this was a brand of soft-Pop, a mainstream version of what Jazz was about in the 1950s. Truths to tell, Jazz was many things to many people at the time. We’ve separated the various sub-genres which Jazz applied over the years – calling this particular performance “lounge Music” or Bachelor Pad music. And that separates it from the Jazz of Duke Ellington or John Coltrane. But at the time the tent was pretty big – and anyone who has read a 1950s copy of Downbeat will notice, a lot of people in a lot of settings were considered Jazz.

So, hard-core Bop this ain’t – but something Cool and Sultry, this is.