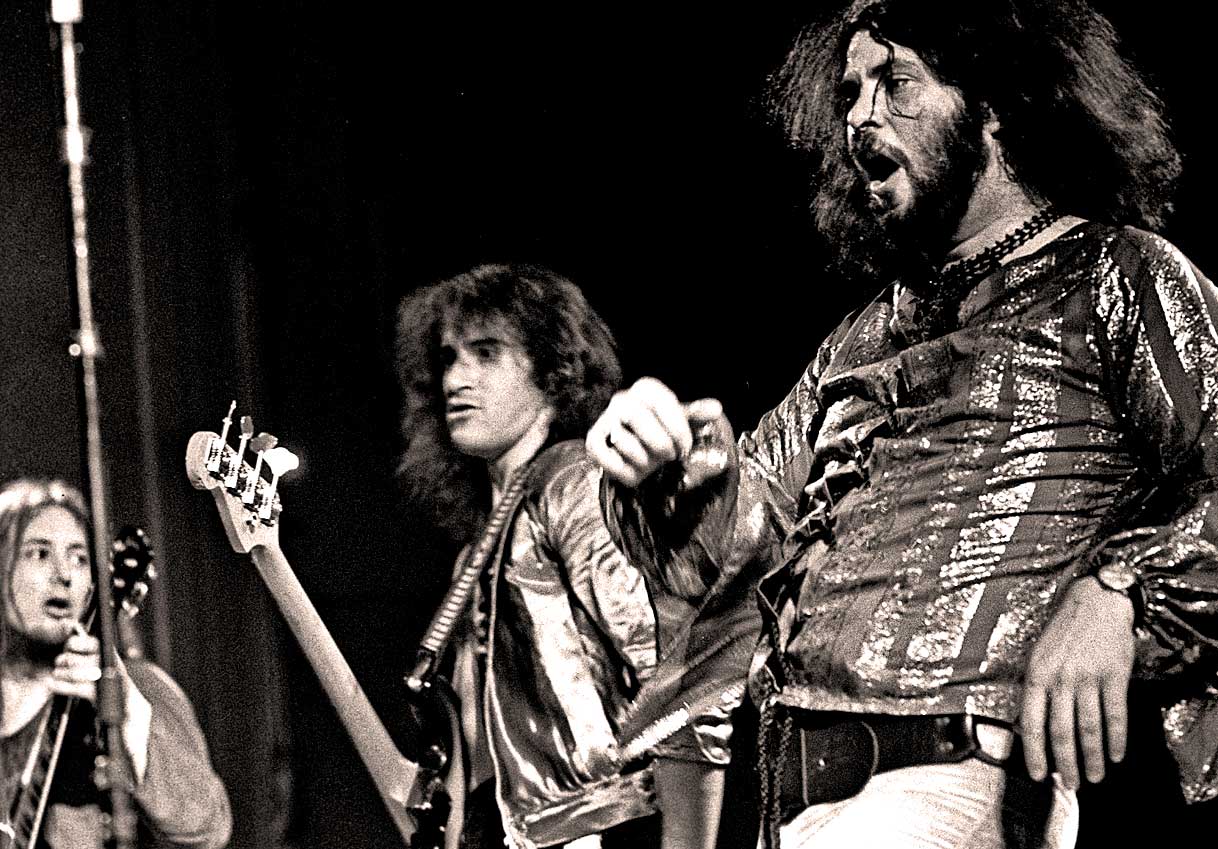 Gentle Giant tonight. A band, like King Crimson just before them, who captured the imaginations and made it okay to explore a lot of different music under the rapidly expanding tent of Rock.

Gentle Giant took the all-encompassing nature of Progressive Rock a little further into Classical territory than most. With bits and flashes of Caravan and even The Nice or Procol Harum had elements of Bach in their music. Gentle Giant went further back, heading into the Medieval/Baroque period, mixing Recorders and Elizabethan rhythms, mashing them up with Rock riffs. The affect could be a little over-bearing at times, but it was during a time when people were trying things out. And Gentle Giant were blazing trails. Even their second album, Acquiring The Taste gave the audience an idea it would take a little getting used to at times. Produced by none other than Tony Visconti (who would blaze a trail of his own with David Bowie), the debut album didn’t do as well and was not well reviewed by the critics. But the second album, like the album’s title, they were an acquired taste for a lot of listeners. But when the audience sat down and listened, Gentle Giant had a loyal and increasing following and this was a turning point for them.

Which, when you think about it, was an interesting turn for a band who initially started off as a Soul/Pop outfit by the name of Simon Dupree and The Big Sound. Founded by the Shulman Brothers (Derek, Ray and Phil), they evolved into Gentle Giant as a way of broadening their (and the audiences) musical horizons.

And even though they weren’t a really successful musical venture at the end of the day, they proved to be a very influential one. There was a brief dalliance into Pop/New Wave, but it proved to be the swan song for the band, who broke up early in 1980.

This session comes around the time of their fifth album, In A Glass House, and one of several sessions the band did at the BBC. This one appears not to be via John Peel, but they did record a number of sessions for him.

If you aren’t familiar with the music of Gentle Giant, I would urge you to keep an open mind for this one. It’s not for all tastes – and they got a lot of sneers from the Hard-Rock press for their efforts, not to mention a few cherry-bombs tossed at them during an ill-fated Hollywood Bowl performance, opening for Black Sabbath. But they were an immensely talented group of accomplished musicians who sought to further the musical horizons a bit. And it’s further evidence the tent of Rock got a whole lot bigger as the result.