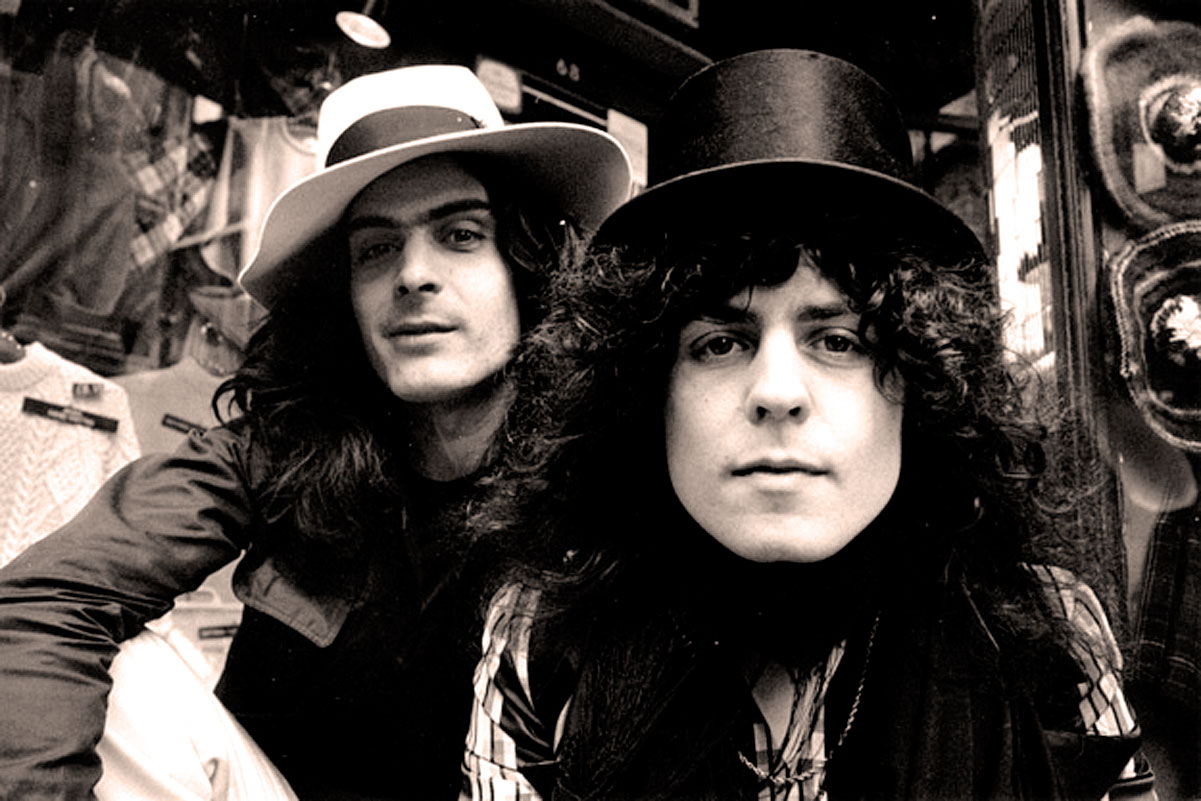 Before they shortened it to T. Rex, Tyrannosaurus Rex were a duo, consisting of singer-songwriter/former lead singer for John’s Children Marc Bolan and Steve Peregrin Took, whose percussion consisted of bongos, African drums and kazoo. They were championed early-on by John Peel, who aired no less than five sessions from them between 1967 and 1969. When they morphed into T.Rex, they still kept some of the “lighter than air” Hippy Psychedelia in their catalog, but after a disagreement, Took left the band while Bolan added a bass and drummer and the whole thing evolved into what we now know as Glam.

Bolan’s unmistakeable voice and oblique lyrics were hard to latch onto during their earlier incarnation. But put in the context of Glam and Bolan’s transformation into androgyny, T.Rex became a massive success and it became impossible not to hear them or see them. The T.Rex incarnation made them a household name – a string of hits made them almost constant reminders via radio, and it would be safe to assume, they were spearheading a whole new genre of Rock (yet another one – the 70s were all about change in music, in case you didn’t notice).

This session, which was ironically not for John Peel, was for the Top Of The Pops program, also via BBC Radio 1. It was a signal for the big change, and the former Folk band had now gone electric and the rest became history.

Sadly, Bolan died in 1977 after suffering fatal injuries in a car accident. By 1977 the Glam star was fading and was being replaced by Punk and eventually New Wave. Bolan was in the midst of a comeback, this time with a new band and a Punk influence – a new album was released and a UK tour with The Damned as opening act recharged his career. But in September of that year, it all came to a halt, and the legacy of Marc Bolan and T.Rex became the stuff of tribute, with bands like Siouxsie And The Banshees recording his memorable 20th Century Boy, followed by a number of other bands who either remembered him the first time and were influenced by T.Rex.

In case you missed the whole thing – here is that session from 1970 to give you some idea of how things evolved and how diverse the 1970s actually were.