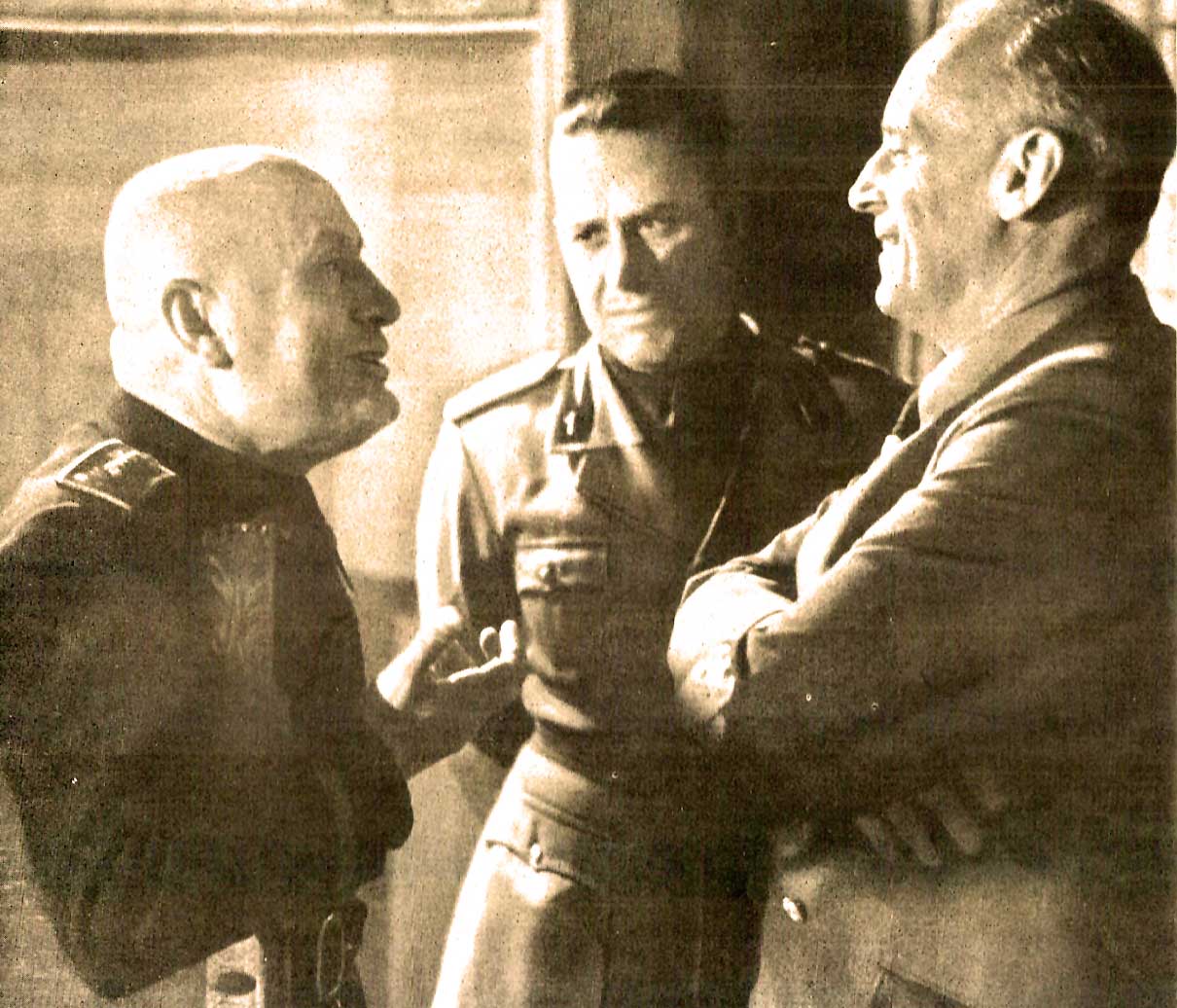 June 10, 1940 – news for this day was about the sudden declaration of war against Britain and France, just as German troops were headed to Paris.

British Minister of Information Alfred Duff Cooper went before the microphones to deliver an address voicing France and Britain’s revulsion at this turn of events – reminding the Italians that Britain and France have been historically allies, and that it was France and Britain who came to Italy‘s aid more than once over the course of history. During World War 1, the Italians were at war with the Germans. And so, it made no sense in Britain’s eyes, that Italy should suddenly reverse course and form an unholy alliance with Nazi Germany.

But then, this was the Italy of Benito Mussolini, Il Duce – the Fascist leader, who was taking Italy down the primrose path to what would be their eventual defeat and ruin.

In 1940 it was the Axis; Germany, Italy and Japan, all lined up against Britain and France and the string of small nations fighting to keep from falling under the influence of Berlin.

Italy’s entrance into the European War could not have come at a worse time for France. Days away from capitulating, Italy saw this as an excellent opportunity to join in the spoils of a German victory and to further align the Rome government with Berlin, and enlist German aid in protecting interests in Africa (and the recent victory over Ethiopia).

But Cooper remarked that Italy would be very little match for Britain or France; that the allied armed forces were better equipped and trained than the Italian ones. That all of this was seen purely as a power play and, in essence, stabbing a former ally in the back.

But the month was still relatively new and there was much to happen over the coming days and weeks. But for this June 10, 1940 it was reflecting on Italy’s Declaration of War announcement and how it impacted the rest of the world.

Here is that address by Minister of Information Alfred Duff Cooper as it was given over the BBC World Service on June 10, 1940.