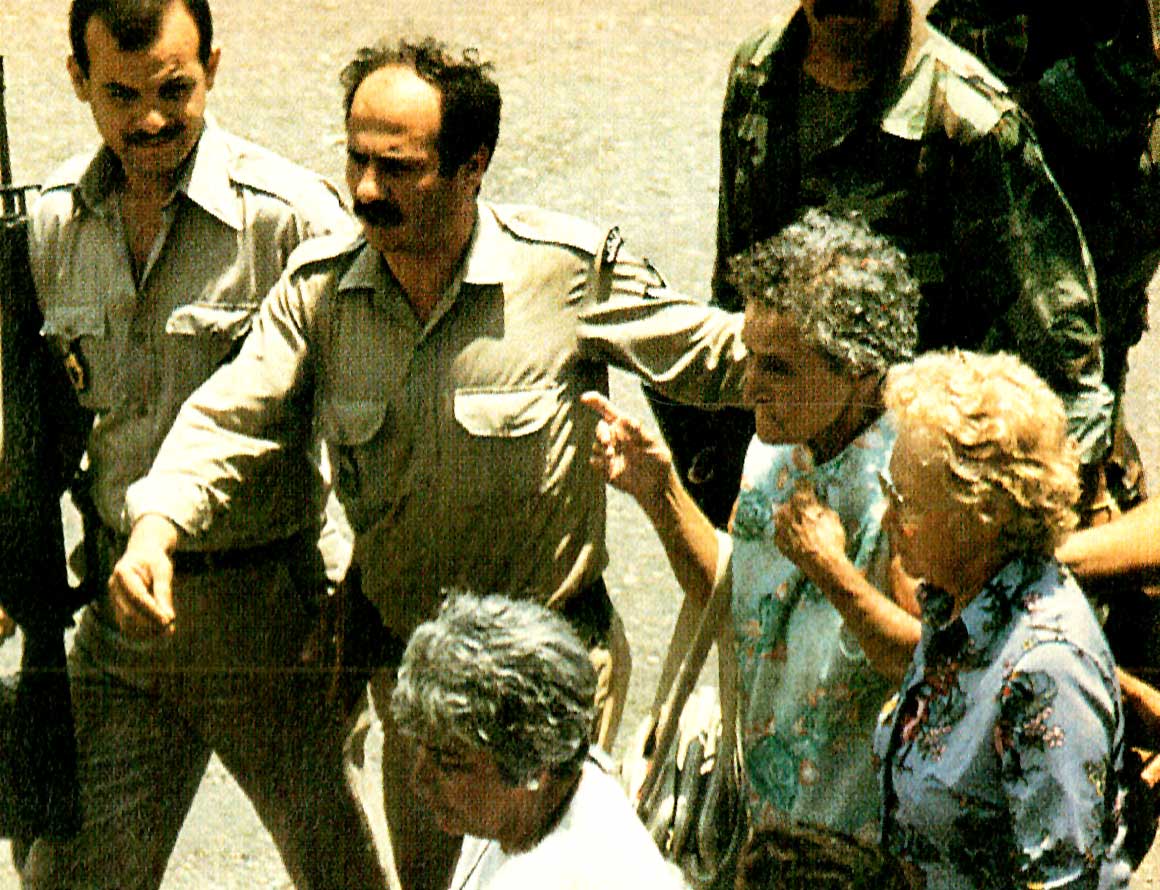 Hostages from Flight 847 - mixed messages and motives dotted the journey.

Hostages from Flight 847 – mixed messages and motives dotted the journey.

News for this June 29, 1985 was about the breaking story in Lebanon. The impending release of some 39 hostages, taken by Islamic Jihadists while on a flight from Rome to Boston and eventually to Los Angeles, was averted to Athens and re-routed to Beirut. Threats to blow up TWA Flight 847 were repeated and one passenger, listed as Robert Stetham, a Marine Corporal traveling as a civilian passenger, was murdered by the gunmen.

As release of the hostages edged nearer, reports of just where they were and how they were being released became sketchy. Some thought it was a snag in negotiations, while others claimed it was mixed communications. Initially thought the hostages would leave their secret location by bus to Damascus Syria, where they would be met by American officials who would take them to Frankfurt, West Germany. It was then determined the hostages were to be taken back to Beirut airport and put back on the original TWA flight and flown to Damascus.

In the ensuing hours, the reports were confusing and, as these reports indicate, no one knew for sure if the hostages had, in fact been released or not, and if all 39 hostages were accounted for.

A nail biting day, but that wasn’t all that was going on. According to The Washington Post, a tentative agreement by the U.S. and the Soviet Union to hold a summit meeting in Geneva, Switzerland some time in November. The meeting was said to be including President Reagan and Soviet leader Gorbachev.

And a tragic story from Miami – the distraught 24 year-old father of a 3 year old daughter who was being treated for severe brain damage, was shot to death by the father before turning himself over to police. The daughter had suffered brain damage as the result of severe head injuries suffered several months earlier at an accident at her grandmother’s home. Police describe the shooting as a “mercy killing”.

And that’s a small slice of what went on, this June 29, 1985, as reported by CBS Radio News, beginning with a Spectrum Commentary on the media and journalistic responsibility (an irony, considering).