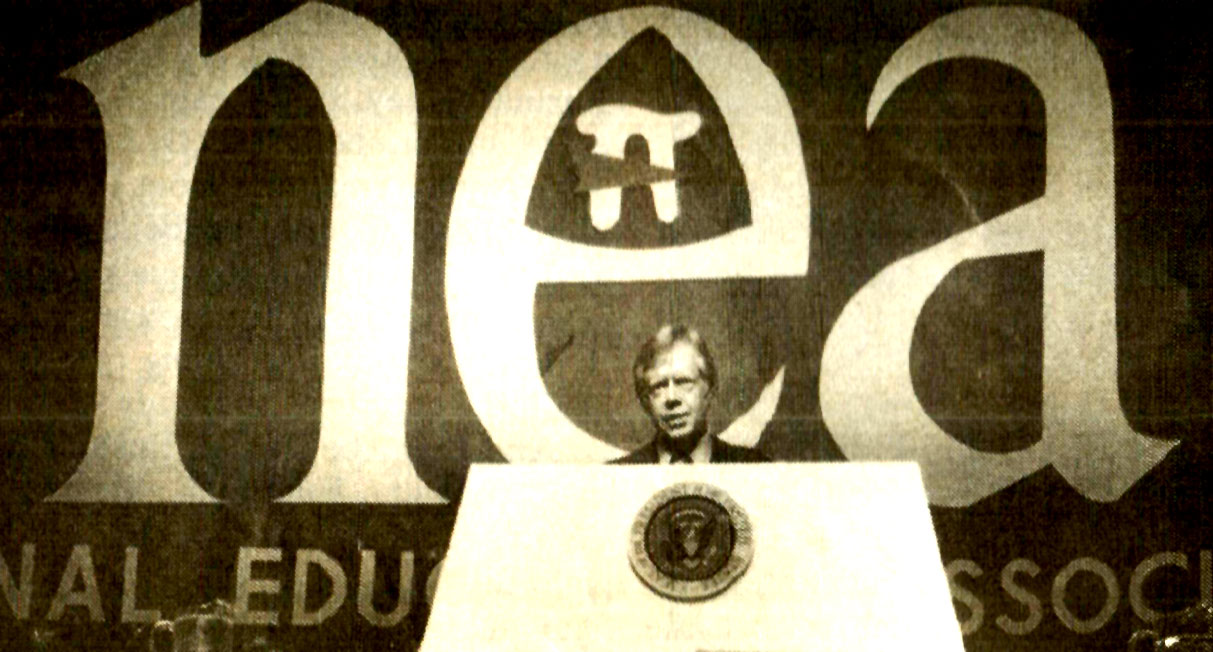 Jimmy Carter campaigning - The NEA was enthusiastic - the NAACP, less so.

July 5,1980 – A Respite From Glad-handing – A Packing Of Common Criminals

Jimmy Carter campaigning – The NEA was enthusiastic – the NAACP was polite, but . . .

Another busy news day, this July 5, 1980. With Jimmy Carter actively seeking endorsements, he took a brief respite before assuming Presidential duties, and headed to Plains, Georgia for his first time off in 9 months. Carter was eager to get some time off before heading into what would be the last leg of the Presidential campaign. The day before, he spoke before the National Education Association convention in Los Angeles, where received an enthusiastic endorsement. Not so much enthusiasm at the NAACP convention in Miami, later on that day however. The star of that particular show was Ted Kennedy. The big slap-in-the-face came from GOP candidate Ronald Reagan, who skipped the convention all-together, opting instead to speak at the Urban League Convention. Summer was far from over and there was a lot more ground and a few more surprises in store.

Medical sources in Cairo, Egypt issued a report which didn’t bode well for the condition of the former Shah of Iran, who had taken a turn for the worse the previous night. Doctors had been unsuccessful keeping a lingering infection at bay and the prognosis was bordering on grim.

In Thailand, the first of several promised shipments of arms arrived from the U.S. and were airlifted into Bangkok via a C-47 transport plane. The shipment, carrying six 105mm Howitzers with two more planes due in later on. The arms shipment arrived early, part of a $400 million order placed by the Thai’s with the U.S. the previous year. The equipment normally would have arrived by sea, but with the recent incursion into Thailand by Vietnamese troops, Washington and Bangkok decided on an airlift for at least part of the order. Thailand paid for the arms, but the U.S. picked up the tab for the airlift.

And the sealift of Cuban refugees to Florida apparently wasn’t yet over despite President Carter’s imposed ban. A voyage of another 3-5,000 refugees was scheduled to arrive in Key West sometime over the weekend. Many considered this move to be “Castro’s Last Hurrah”, since the previous flood of refugees contained a substantial number of freshly released prisoners, whom were regarded as “Common Criminals”. It was looking like more of the same.

And that’s a small slice of what went on, this July 5, 1980 as presented by The CBS World News Roundup.