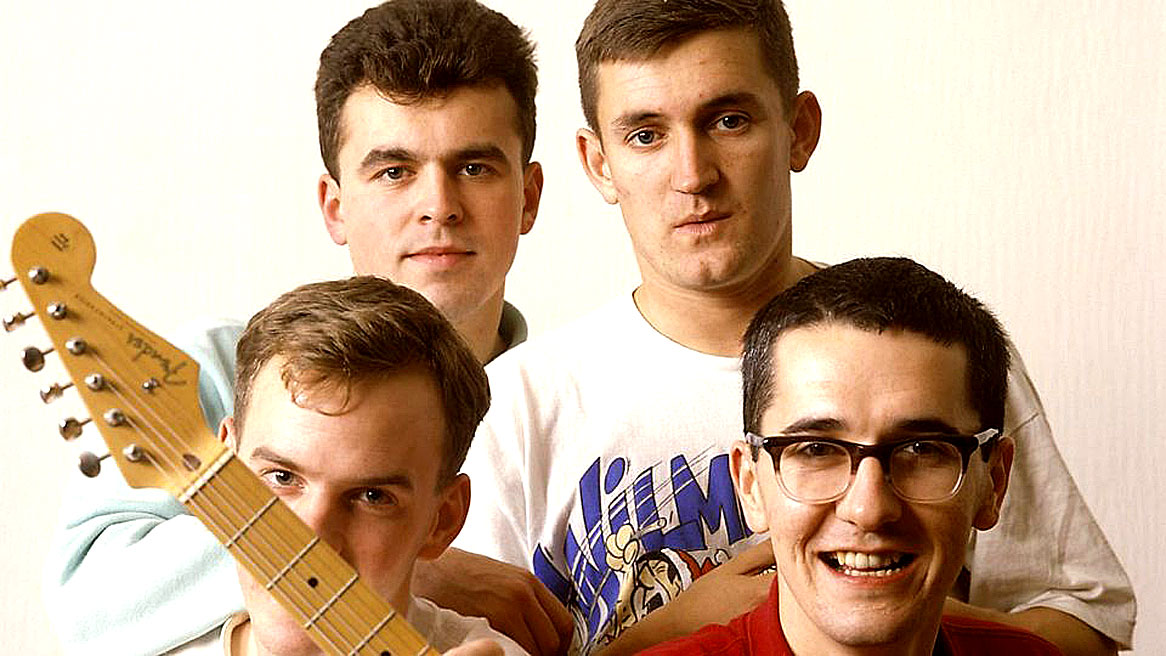 The Housemartins - Jangle Pop with a side of Marx.

The Housemartins – In Session – 1987 – Past Daily Soundbooth: Peel Edition

The Housemartins – Jangle Pop with a side of Marx.

Further evidence the 80s produced a wide playing field of bands and artists. The Housemartins described themselves as Christian-Marxists, but the Press said they were Jangle Pop who moved into Alternative as their career progressed.

Together for only a short period of time – The Housemartins first appeared on the scene in 1983. By 1986, they had gotten the attention of John Peel, who put them in the studio and recorded a few sessions with them. The sessions did the trick, and The Housemartins gained a goodly amount of attention all over the UK and in Europe after. They recorded two albums for Go!Discs which did pretty well in the UK and Swedish charts, but they barely cracked the Hot 100 in the States.

During their tenure they were often compared to bands like The Smiths and Aztec Camera and their style of writing was laced with political themes – the band’s songwriter Norman Cook confessed to not being interested in writing love songs, but writing songs with Socialist themes had more appeal to him. The Christian part came via singer Paul Heaton, although the band members said it had nothing to do with religion.

Their first big hit came in 1986, as the result of a cover of an Isley Brothers song, Caravan Of Love which shot to Number 1 – their other big hit came by way of the first John Peel session, which netted Happy Hour and a Number 3 single earlier in 1986.

That they barely made a dent in the U.S. was not unusual at the time. MTV was flooding the airwaves and subsequently the disc buying market, and the sheer outpouring of talent popping up made it hard to keep track of what was new. They did get some rotation from the Happy Hour video, which was a Claymation film.

Sadly, the band called it quits in 1988. They left a modest legacy with some unique songs. Ironically, bassist Norman Cook went through some reinvention and emerged as Fatboy Slim, to huge success.

Just goes to show you; nothing is ever wasted.