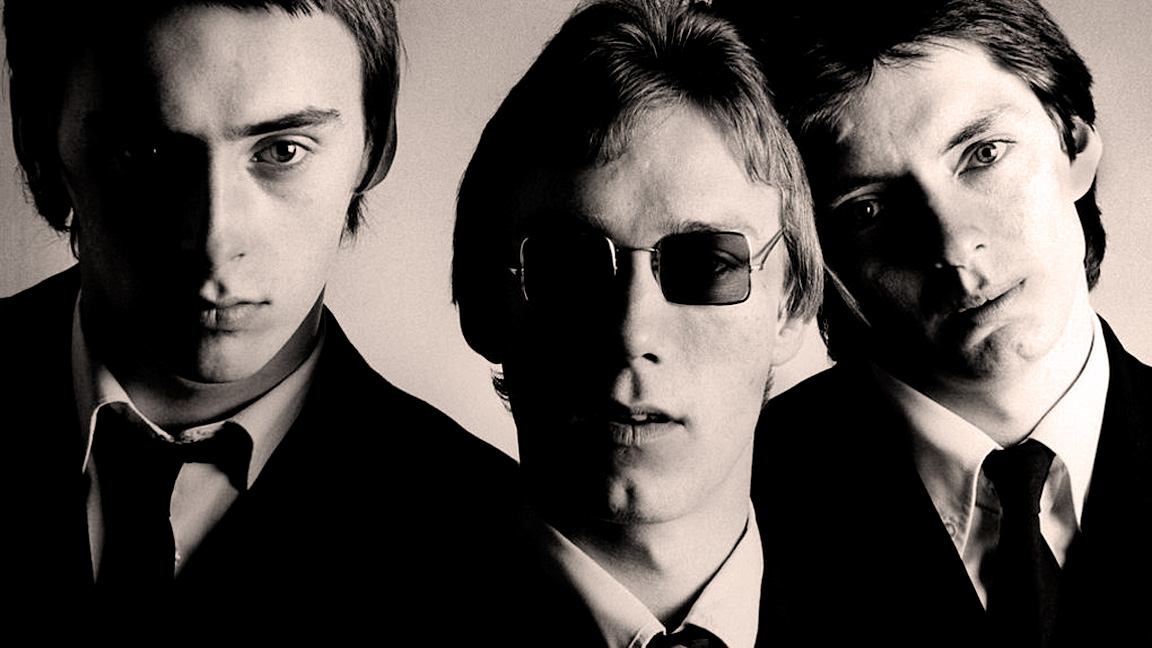 The Jam - it was the modern world.

The Jam – it was the modern world after all.

Ending up the work week with a concert by The Jam, from the legendary CBGBs in New York, and recorded on October 15, 1977. Proclaimed by many to be Britain’s Greatest Band, The Jam came on the scene and sparked the Mod revival at a time when Punk was at the forefront of new music. The Jam, with their tailored suits and influences of Motown and Soul, added another dimension to an already changing music scene. They were on the same page politically, but presentation-wise, they were poles apart.

From their debut in 1977 to their breakup in 1982, The Jam racked up a string of mega-hit singles and albums; with That’s Entertainment and Just Who Is The Five o’clock Hero two of the biggest selling singles of all time in the UK. That they didn’t reach mania proportions in the U.S. that they did in Britain is something of a mystery, but it could have been the sheer onslaught of new music coming out of Britain that simply overdosed American audiences, who were cultivating acts of their own. There was lot of competition in a playing field that was shrinking (radio was compartmentalized to the point of atrophy), and mainstream media was slow in warming to Punk.

This gig comes early on in their meteoric rise and is from their first tour of the U.S., coming some 6 months after the release of their debut single “In The City” and the release of their debut album in May. The CBGBs gig winds up the U.S. tour, with two nights at the Whiskey in L.A. starting the tour and two nights at The Rat in Boston sandwiched in the middle. This show was the first of the two day gig in New York. They would come back the following March for a more extended tour, but this one was an introduction to American audiences – and American audiences an introduction to The Jam.

If you missed out of The Jam the first time around, and want to hear the band Paul Weller was in before he went solo, here’s a good place to start. The sound is a bit rough in spots, but we’re talking about a small club here – it was the spirit that mattered.

And there was a lot of that.

Play and brace yourself for Saturday.