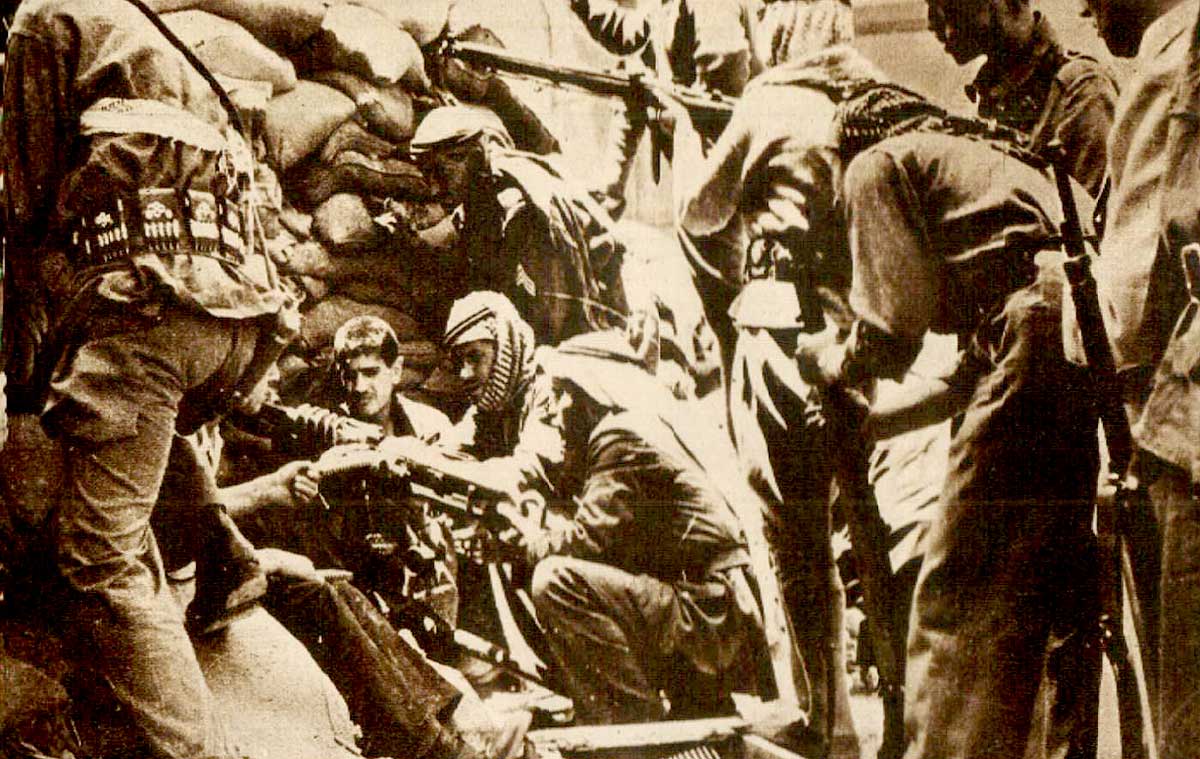 News for this day in 1948 had much to do with the crisis in Palestine, which had now blown up into full-scale war. UN mediators were scrambling for negotiations to try and calm things down, but attempts to bring a quick settlement to this latest outbreak were met with frustration and observers were quoted as saying “it was on again”.

And while negotiations were attempting to take place, the newly proclaimed nation of Israel issued their first war communique, claiming Egyptian forces began an offensive south of Tel-Aviv, using planes, artillery and armored cars. The UN Mediator, Count Bernadotte, was not willing to give up completely. It was his contention that he could save Jerusalem and the Holy places by mutual Arab/Jewish agreement. Both sides did respond favorably, but not definitely. It was Bernadotte’s contention that both sides would wind up the losers in this latest outbreak. Bernadotte also expressed optimism that perhaps this was all a temporary setback.

In Washington, it was announced that two war ships were docked in Haifa to evacuate American personnel and UN Peacemakers.

And the UN Security Council was meeting in emergency session in an attempt to find some last minute ways to save the Palestine truce. The U.S. was leaning in the direction of military intervention, as outlined in the Charter of the UN.

Meanwhile – the Berlin Airlift was continuing, but with diminished results. Berlin’s demands for heavy cargo like coal and oil were not being met. The Western powers ordered power plants in their zones to cut their service, yet again. All this, many felt, was going to lead to another crisis and another war. However, Washington and Paris weren’t so gloomy in their appraisal of the situation – many felt the current situation in Berlin was all about the attempt at reunification of Germany, which the Russians were dead-against. The Western powers were trying to make it clear it only had to do with Berlin, and not the other question.

And there was the upcoming Democratic Convention, about to grab everyone’s attention.

It was the tip of the iceberg for a very busy news day, this July 8, 1948 as reported by Morgan Beatty and The News Of The World.