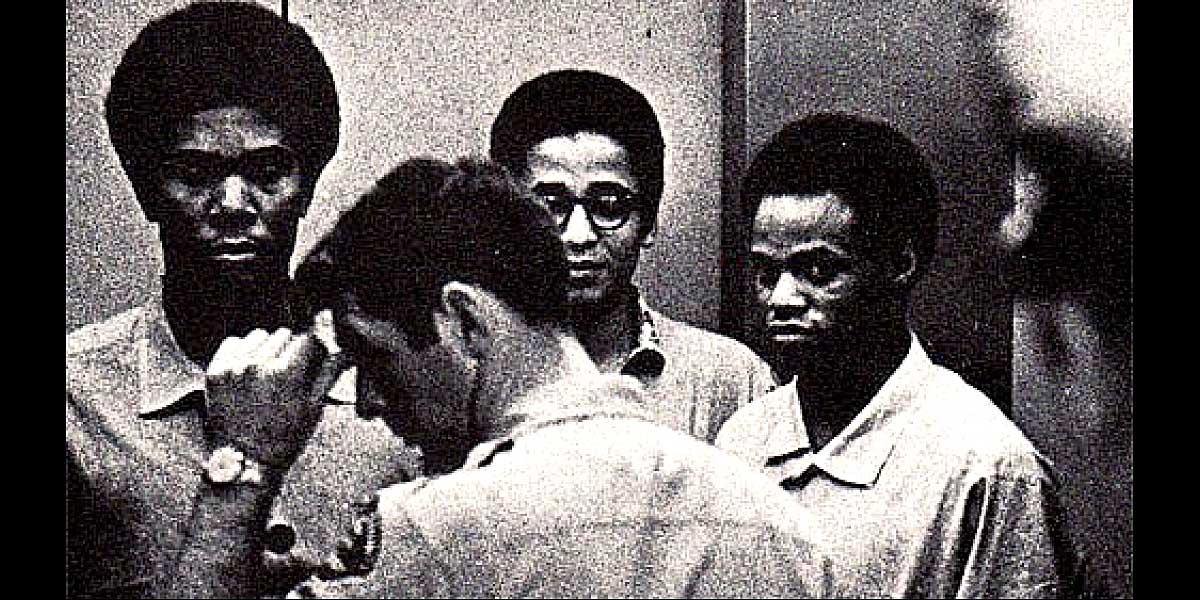 The Soledad Brothers - only one of many examples of disproportionate incarceration going back decades.

The Soledad Brothers – only one of many examples of disproportionate incarceration going back decades.

With the events of the past week fresh in everyone’s minds – the question of Justice, incarceration, unwarranted deadly force, division and blatant racism once again come to the forefront of the American consciousness.

Ever since the Rodney King beating, where an onlooker just happened to have a video camera handy to witness the event, has the question of police brutality and senseless incarceration been so glaringly apparent.

Thanks to social media and the advent of citizen journalists, the issue has come to the forefront and stayed there. Was it always this way? Were there always so many killings of innocent people, simply because they were black?

Sadly, we have come to find out it has always been this way – and perhaps much worse. The generations-old ritual of “the talk”, the coming-of-age conversation Black parents must have with their teenage sons and daughters, is something the vast majority of White Americans have no idea ever takes place. Yet it must. The repeated warnings within the community of how to “act” when stopped by the police, no matter how trivial the reason, is a very real and a very regular occurrence.

The Justice and prison system – which have been shrouded in mystery for most White Americans, is something everyone in the Black community is aware of – either from personal experience or by knowing someone who has been there. Incarceration numbers have always been disproportionately larger for Blacks than Whites.

And that fact is not new.

This documentary; an episode from the NET (pre-PBS) program Black Journal, called Justice?, first aired on April 26, 1971. It takes a look at the prison system in the late 60s and early 1970s and how it has treated some of its then-prominent inmates; The Soledad Brothers and activist/Professor Angela Davis. But it looks at the system and it looks at Justice and how the question of institutionalized racism has been a deep-seated mark on our society for a very long time.

Remember, this is 45 years ago. The numbers have skyrocketed since this documentary was aired – but also, the witnesses are now everywhere – iPhones are prevalent at every gathering, and in the case of Philando Castile, capturing a ghastly event as it was unfolding and showing the world within moments.

But have the conditions within the Prison system changed since 1971? Have the random acts of violence at the hands of the Police against Blacks tapered off since 1971? The answer would be no.

Has the anger and the blind rage and the backlash stopped, or at least slowed down? That answer would also be no.

Is the violence getting out of hand, stoked by those who would benefit by the chaos? I’m afraid; yes – particularly during this Presidential election season.

Sadly, what we are witnessing now, with the mass shooting in Dallas of Police at the hands of a trained paramilitary gunman, is the inevitability – it is no solution. Countering violence with violence achieves nothing but grief and death and the continuation of the endless circle. But – it has become the inevitable – the next step – the act of misguided rage, fostered by a society which is fear and violence based, was bound to happen, and it will continue to happen until the focus has changed from fear, greed and hate to one of solution and responsibility.

Will that happen in our lifetimes?

Somebody asked me if this was what 1968 was like. My answer was, yes; on Steroids.