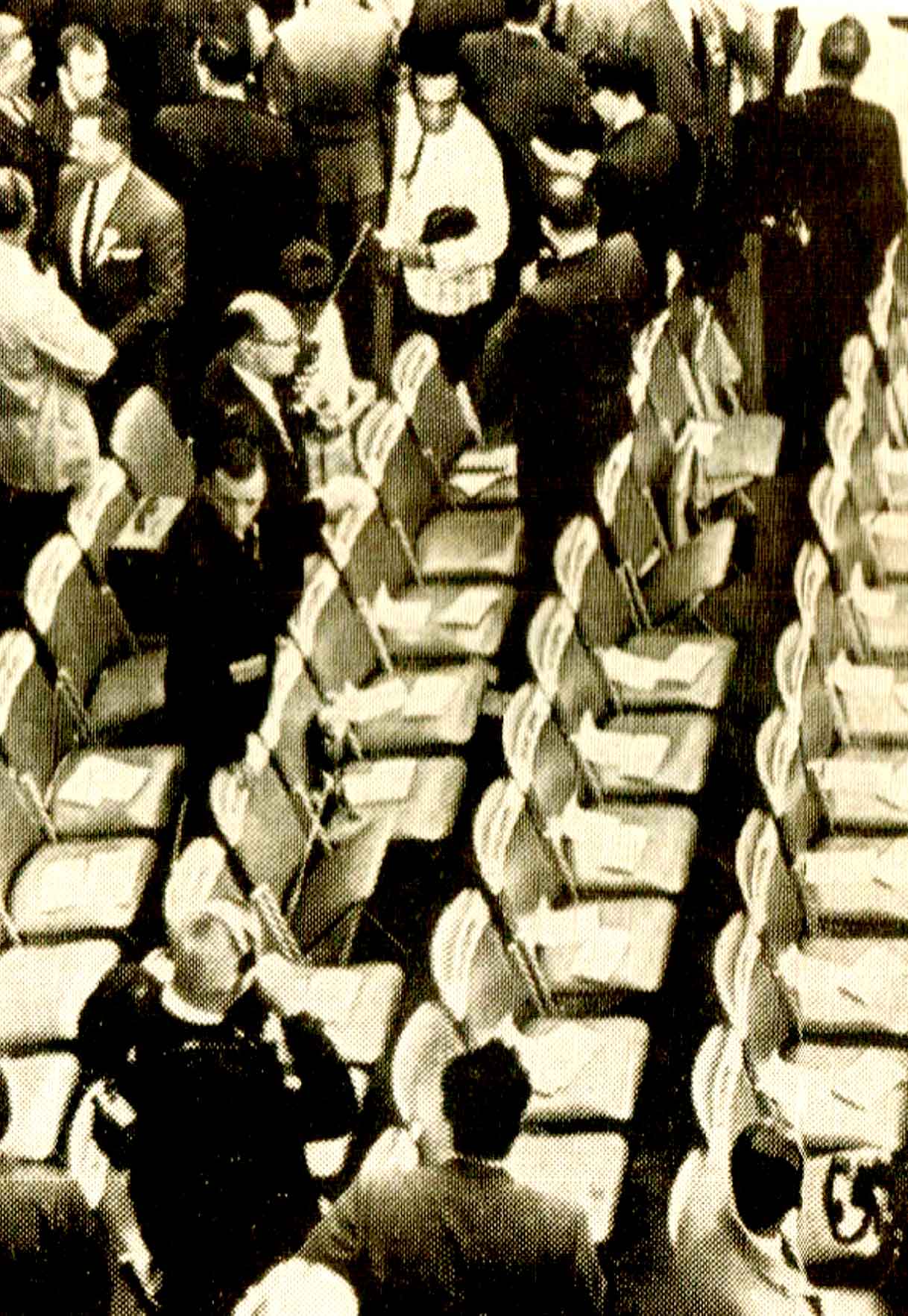 The 1964 Democratic Convention – a one hour snapshot of the events going during August 26, 1964. The defection of the “Solid South” – an interview with Alabama delegate Eugene “Bull” Connor, the infamous Sheriff, whose opposition to the Civil Rights movement made him an international symbol of racism. The controversy at the convention, held in Atlantic City, surrounded the delegations from Alabama and Mississippi and the Mississippi Freedom Democratic Party, an integrated group of delegates who protested the Mississippi delegation on the grounds the officials had been selected based on a violation of rules barring Blacks from voting in the primaries. Since the regular Mississippi delegation had expressed a desire to vote for Goldwater, thus jumping party lines – the DNC ordered the regular delegations of Alabama and Mississippi to sign a pledge supporting the Democratic ticket no matter what. The refusal resulted in the defection of the majority of regular Alabama and Mississippi delegates, of which Bull Connor was one.

But the big news of the night came with Lyndon Johnson’s selection of Hubert Humphrey as running mate. It ended a days-long speculation over who would be selected. Initially it was thought to be either Sargent Shriver or Robert F. Kennedy. But Kennedy nixed the idea of Shriver, saying that Shriver wasn’t a real Kennedy and that choosing him as a running mate wasn’t to any political advantage. Most then thought the VP nod would go to Kennedy, but the announcement that Humphrey had been chosen came as a surprise, but not to those who knew of the shaky-at-best relationship between LBJ and RFK. And so the announcement was made and the celebrations took over the rest of that evening in the Convention hall, with seconding speeches following.

So that was a brief capsule look at the convention in Atlantic City – the second night as covered by all the major (and minor) radio and TV outlets around the country. This one comes via CBS and captures the noise, confusion and heat of the convention, live as it happened.

Here’s an hours worth.