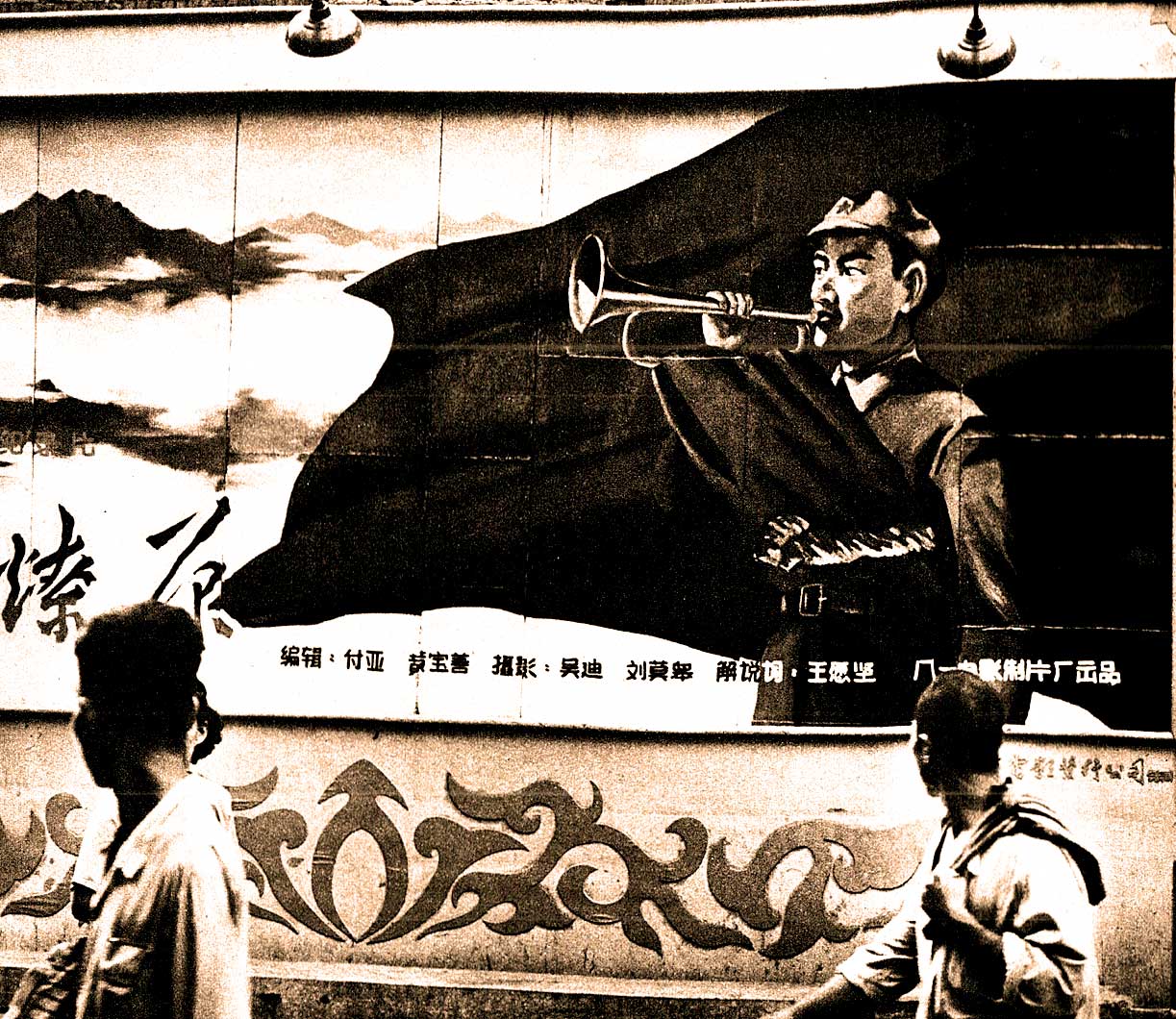 Posters in Red China - we weren't the good guys, not by a long shot.

Posters in Red China – we weren’t the good guys, not by a long shot.

On July 12, 1966 – With the Vietnam War pulling us deeper and deeper into the conflict-with-no-end, and Red China showing increasing antagonism toward the U.S. – and now that they had the Atomic Bomb – the balance of power in Southeast Asia was looking precarious, at least to our eyes.

China represented the Fear Card, as far as U.S. interests were concerned. We had heard, repeatedly over the years, about the Domino Theory of Communist domination and how Vietnam was viewed as a stepping stone toward achieving that domination.

It hadn’t occurred to anyone that Vietnam was looking for independence and that China’s involvement by way of military aid was only a means to an end. But we were convinced China had designs bigger than just being a good neighbor.

And so President Johnson came before the microphones to give our views on the situation, as it was slowly unfolding in the region:

President Johnson: “Throughout free Asia you can hear the echo of progress. As one Malaysian leader said: “Whatever our ethical, cultural, or religious backgrounds, the nations and peoples of Southeast Asia must pull together in the same broad sweep of history. We must create with our own hands and minds a new perspective and a new framework. And we must do it ourselves.”
For this is the new Asia, and this is the new spirit we see taking shape behind our defense of South Vietnam. Because we have been firm-because we have committed ourselves to the defense of one small country-other countries have taken new heart.
And I want to assure them tonight that we never intend to let you down. America’s word will always be good.
There is a fourth essential for peace in Asia which may seem the most difficult of all: reconciliation between nations that now call themselves enemies.
A peaceful mainland China is central to a peaceful Asia.
A hostile China must be discouraged from aggression.
A misguided China must be encouraged toward understanding of the outside world and toward policies of peaceful cooperation.
For lasting peace can never come to Asia as long as the 700 million people of mainland China are isolated by their rulers from the outside world.
We have learned in our relations with other such states that the weakness of neighbors is a temptation, and only firmness that is backed by power can really deter power that is backed by ambition. But we have also learned that the greatest force for opening closed minds and opening closed societies is the free flow of ideas and people and goods.
For many years, now, the United States has attempted in vain to persuade the Chinese Communists to agree to an exchange of newsmen as one of the first steps to increased understanding between our people.
More recently, we have taken steps to permit American scholars, experts in medicine and public health, and other specialists to travel to Communist China. And only today we, here in the Government, cleared a passport for a leading American businessman to exchange knowledge with Chinese mainland leaders in Red China.
All of these initiatives, except the action today, have been rejected by Communist China.
We persist because we know that hunger and disease, ignorance and poverty, recognize no boundaries of either creed or class or country.
We persist because we believe that even the most rigid societies will some day, one day awaken to the rich possibilities of a diverse world.
And we continue because we believe that cooperation, not hostility, is really the way of the future in the 20th century.
That day is not yet here. It may be long in coming, but I tell you it is clearly on its way, because come it must.”

Here is that address by President Lyndon Johnson, as it was broadcast on July 12, 1966.