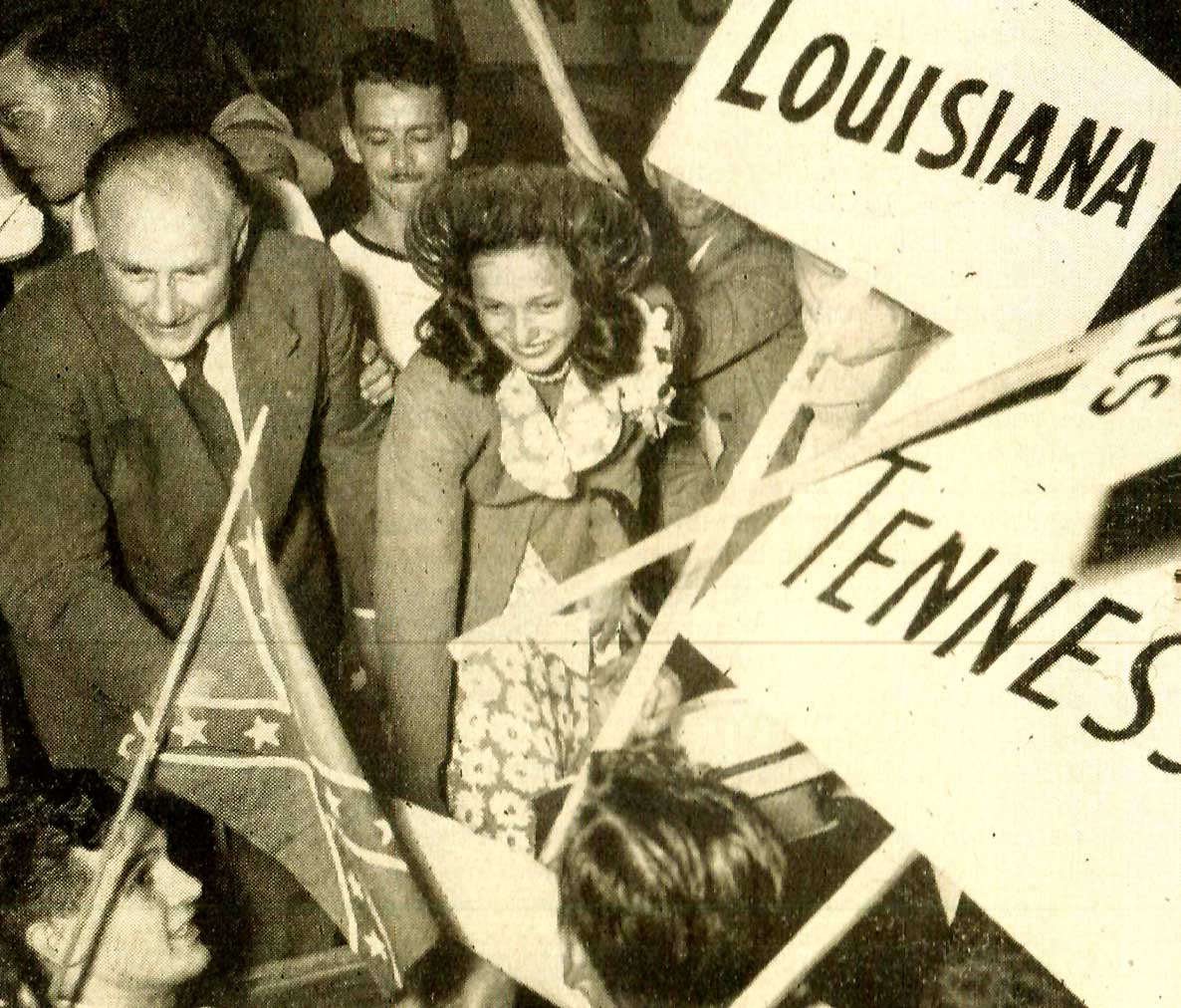 Strom Thurmond and the Southern bloc; aka: Dixiecrats. 1948 was the beginning of the end for a lot of things.

Strom Thurmond and the Southern bloc; aka: Dixiecrats. 1948 was the beginning of the end for a lot of things.

Dixiecrats: A relatively new word in the political lexicon in 1948. The Southern wing of the Democratic Party, or States Rights Democrats, represented a staunch resistance to Civil Rights, Integration in the Armed Forces and the end of Segregation. This Southern wing, who repeatedly broke ranks with the rest of the Democratic Party during previous elections and voted for the opposition or didn’t vote at all, were seen by many within the Party as obstructionist. In 1948, ahead of the Convention, they bolted and left the Democratic Party, forming their own fourth party, running Strom Thurmond as their candidate for President. It posed a problem for Harry Truman, who was sinking in the polls and needed every vote he could get if he was going to win the Presidency in November. A defection within the party by the South, and the formation of The Progressive Party by former Democratic vice-President Henry Wallace was seen as potentially disastrous. And the prevailing concern was whether or not Truman could carry the election without the South and without ostensibly the Youth Vote.

But 1948 was a turning point year for many things. We were in the midst of a Cold War, and fear of a nuclear altercation with Russia was very real to many people. The Red Scare was taking over American society in a big way – it became the reason for loyalty oaths and background checks and an aura of distrust among people. But it was also a time where the issue of Civil Rights was being addressed and measures were being taken to change old laws and old ways of thinking. The Military was the first major body to be integrated, and there was talk about taking the issues further by introducing Anti-Lynching laws. There was a breeze of change in the air.

But it didn’t happen overnight – and resistance to it was fierce; namely in the South, particularly with Dixiecrats.

In this program, part of the series Chicago University Roundtable, first broadcast on June 13, 1948, discussion was centered on the Dixiecrat movement and what was predicted to happen in the upcoming national Convention.

A discussion that rings certain familiar bells with our current state of affairs. One that offers further evidence some issues don’t change and certainly don’t change overnight.