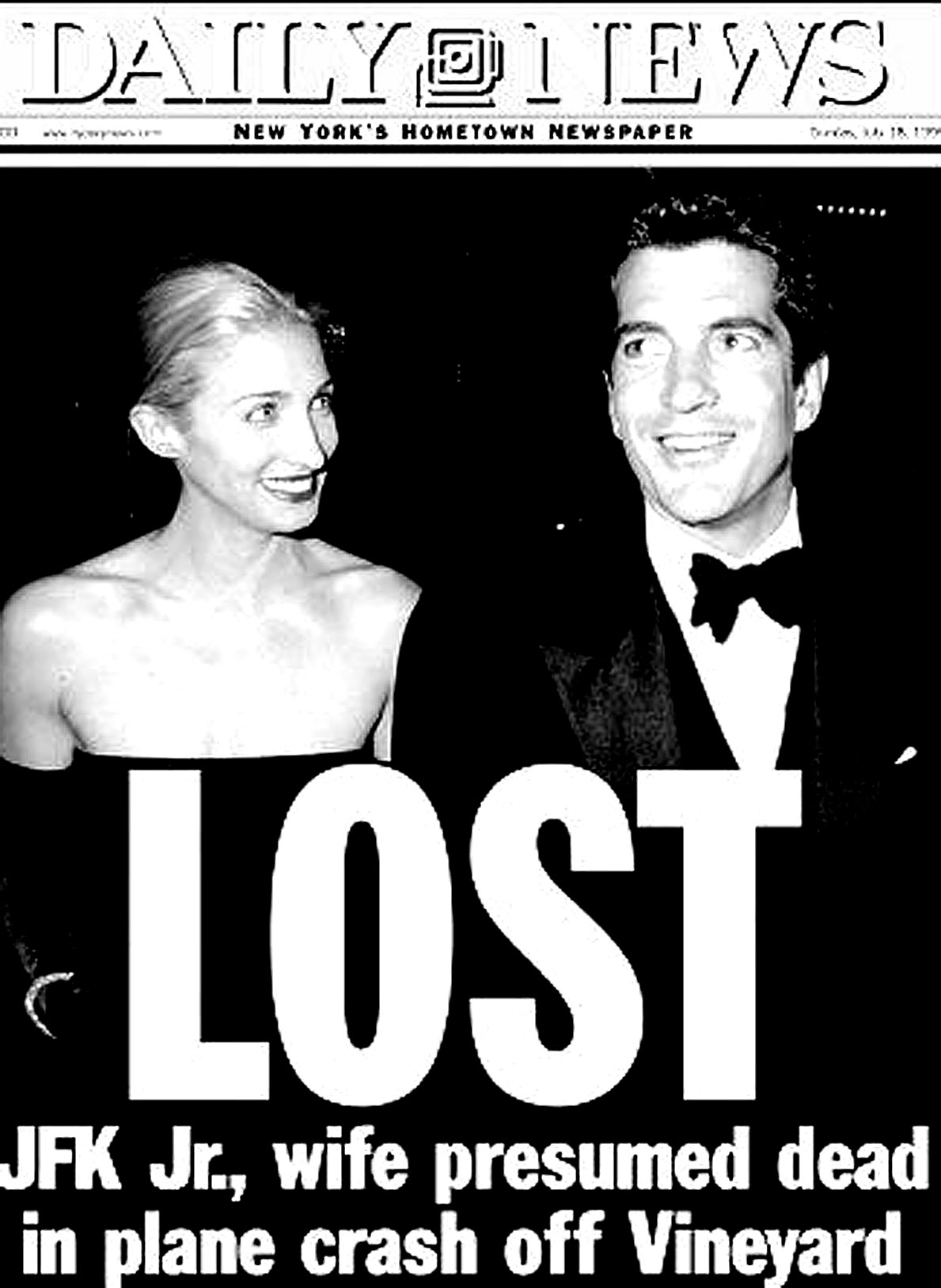 JFK Jr. and Carolyn Bessette - The curse of the Kennedy's was alive and well, it seemed.

JFK Jr. and Carolyn Bessette – The curse of the Kennedy’s was alive and well, it seemed.

On the evening of July 16, 1999, a Piper Saratoga piloted by John F. Kennedy Jr., with passengers Carolyn Bessette and her sister Lauren, plunged into the Atlantic ocean off Martha’s Vineyard on what was a short flight from Fairfield, New Jersey in order to make a family wedding the following day.

Taking off at around 8:30 pm the plane was reported missing when Kennedy failed to make contact with the Air Traffic Controller at Martha’s Vineyard airport at around 10:00. By 2 in the morning concern was rising and a member of the Kennedy family reported to the local Coast Guard that the plane was missing.

A search began the next morning, several hours after the initial report. The water was warm enough so that, if they did land in the ocean they would still be alive.

But as the hours ticked on, it was increasingly apparent JFK Jr., his wife and her sister may have been lost. Officials and family members were optimistic at first. But when debris from the plane had been recovered from the Atlantic, the optimism faded.

But it wasn’t until July 18th that the Coast Guard abandoned efforts to find anyone from the Piper Saratoga alive. And what began as a routine, short-distance flight to attend a wedding was now another page of tragedy for the Kennedy family. And thoughts were turned to a memorial and a funeral.

Tributes and condolences poured in. President Clinton spoke with family members and ordered additional Coast Guard ships into the area for the search. But it was all in vain.

As the news trickled in – hopeful at first, and then filled with sadness, here are a series of news reports from CBS Radio as the story unfolded on July 16 and 17, 1999