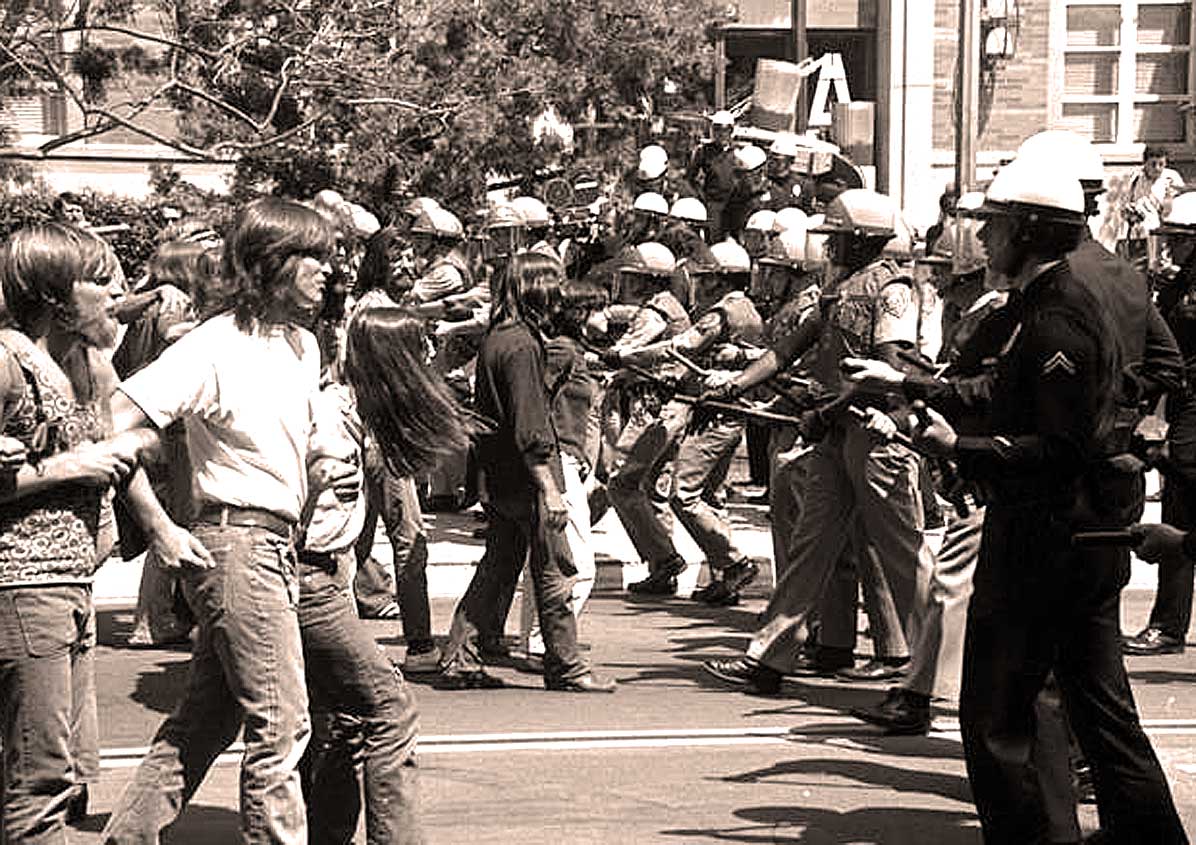 Youth and Police in America, circa 1971. If there was one thing the 60s made glowingly apparent, that most decades previously didn’t, it was the notion to question authority. Sparked by the Vietnam War and set ablaze by the Youth explosion, there were more teenagers running around America’s streets than ever before, more demonstrations and more civil disturbances than ever before. Not to mention, Marijuana was considered highly illegal and the vast majority of busts were drug-oriented and kids were filling up city jails at an alarming rate.

As was the case with most confrontations between Youth and Police, things got out of hand quickly. Some saw Anti-War protests as acts of righteous anger, others saw it as an opportunity to stir up shit, while others maintained that peaceful protest would eventually win out.

And then there was the matter of the Police. Then as now, there were some good ones, there were some bad ones. But put in the context of confronting a few thousand protestors, they were all on edge and a little fearful. The big difference between the era of the early 70s and now is the manner in which confrontations are dealt with. In the 1960s and early 70s, the police used shotguns, tear-gas and billy clubs and not much else. Now, confrontations involve para-military Police with automatic weapons, body armor and tanks. The fear factor is still there – but the propensity for over-reaction is even greater.

So what was the relationship like between Youth and the Police in 1971? Complicated. Both sides viewed the other as the enemy, but there were attempts at creating dialogue to at least find out who that enemy was and why. The racial question was huge – the riots of previous years brought about more Police/Community involvement in an effort to breach a gap. But for all those attempts at reconciliation, the underlying problems were still there and youth was only a small, but vocal portion.

Even in the 1970s, the days of the Cop on the Beat and the Cops who knew everyone in the neighborhood were quickly fading. Problems of poverty, substance abuse and crime were spiraling out of control.

In an attempt to further understand the complex relationship between the Police and Youth, many hours of television, newspaper and radio time were devoted to posing those questions, attempting to get those answers and trying to gain some understanding.

One such attempt came in the guise of a TV talk show. KTTV in Los Angeles ran a weekly public affairs program called Alternatives. On April 25, 1971 they ran an episode dealing with Youth and The police, specifically in Los Angeles. On hand were a group of teenagers and Community relations members of the LAPD to talk to each other, ask questions and arrive at some hopeful understanding. A rather tall order, considering.

But an attempt was made, and even though the general tone of the show is a little over-the-top in the area of Cool n’ Groovy, it stresses some points; why all the antagonism and what can be done about it.

At least they were trying. Here is that episode of Alternatives: Youth And The Police, from April 25, 1971.