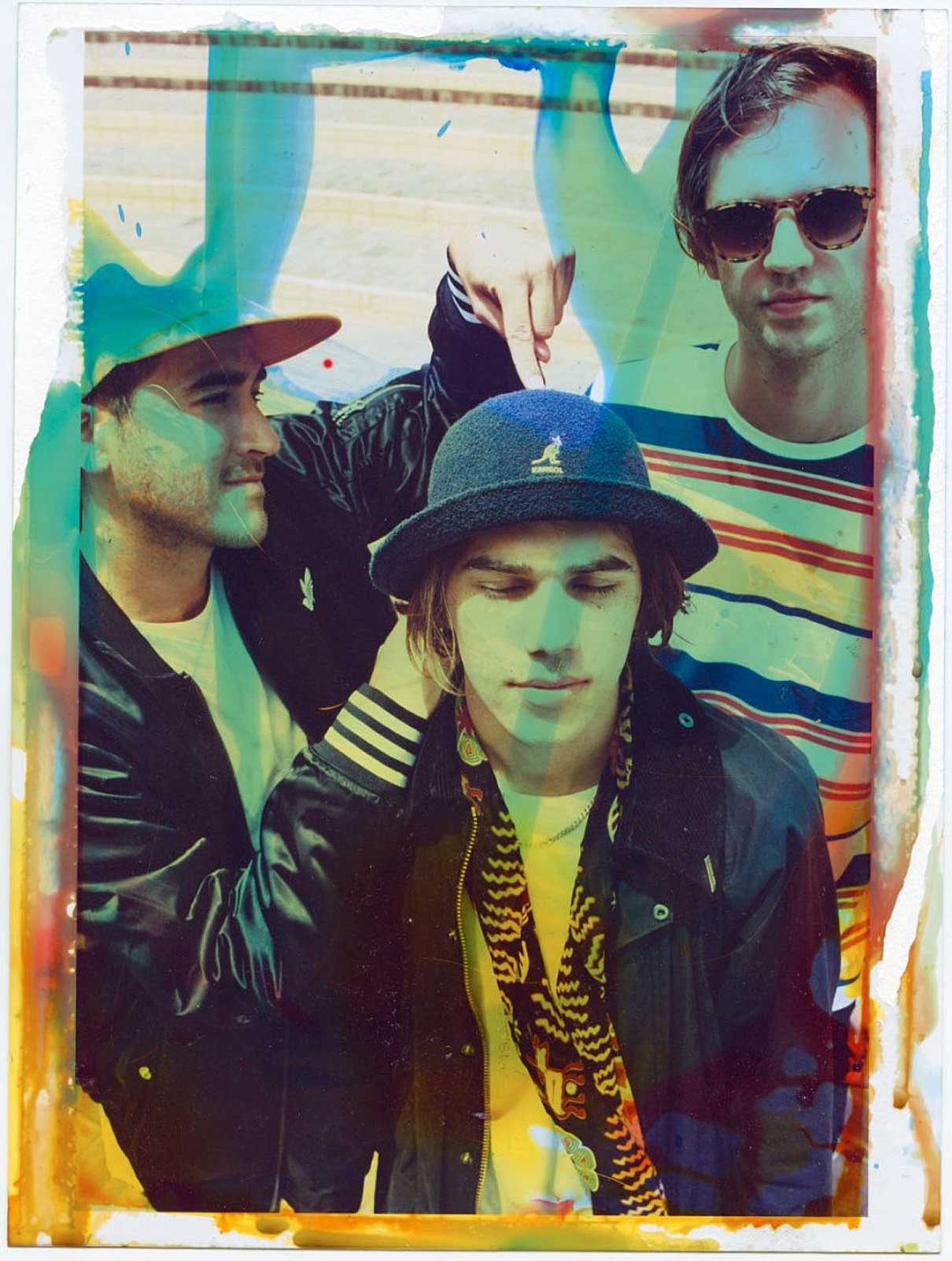 Jagwar Ma - although Tame Impala are better known, these other Oz Psych-meisters are getting admirers. (Photo: Maclay Heriot)

Jagwar Ma – although Tame Impala are better known, these other Oz Psych-meisters are getting admirers. (Photo: Maclay Heriot)

Jagwar Ma, in concert at Glastonbury 2016, recorded by the venerable BBC 6 Music on June 25th this year.

As I said before, there must be something in the Australian water supply, as that country has been cranking out more than their fair share of mind-melting bands of late. Tame Impala is probably the best known – but Jagwar Ma are coming up a close second with a growing list of admirers, including Noel Gallagher.

This appearance at Glasto is part of an almost year-long tour, taking them all over Europe as well as the U.S. and most festivals before they head back home by the end of November. The tour is taking place ahead of their second album, Every Now And Then, which is slated for release this Autumn. Their latest single, OB 1 is from the album and it’s creating a stir among fans and press. Much of the material they’re playing on this tour comes from that new album, so it’s giving the audience a taste of what they can expect once it hits the stores.

Formed in 2011, Jagwar Ma, consisting of Jono Ma, Gabriel Winterfield and later, Jack Freeman scored highly from the beginning. Coming on the heels of the success of Tame Impala, Jagwar Ma are approaching things a bit differently than their fellow Psych-Meisters. Incorporating a wide range of musical genres, not only Psych but also Trip-hop, Madchester, Baggy, Alternative and Dance, they are probably a bit more all-over-the-map than Tame Impala, but the end result is still very successful and highly engaging.

In recent months, Jagwar Ma have been getting better known to audiences, thanks in no small part to their relentless tour schedule and sheer exposure to new faces. I predicted a couple years ago when I first ran one of their early concerts that they were destined to become better known to a worldwide audience. I see that’s starting to happen.

I suspect it will continue happening.

In the meantime, crank this one up.